How PeriFerry is changing transgenders lives

A 22 year old's social enterprise serves as a bridge between transgenders and companies that want to hire them.
Samali Basu Guha reports on how PeriFerry is making a difference to the transgender community When Goldman Sachs asked financial analyst Neelam Jain to present a social impact project for the company, little did the 22 year old know that it would be a turning point in her life.

Jain prepared a project on the inclusion of the transgender community at workplaces -- how they could be trained and prepared for different challenges.

The project did not finally make the cut, but it gave Jain, a commerce graduate from Chennai's Stella Maris College, her calling: Doing something that would make a difference to the community.

The result: PeriFerry was founded in May 2017.

PeriFerry is a for-profit social enterprise that serves as a bridge between transgenders and companies that want to hire them. The name comes from the word periphery, which means living on the edge.

"I intended to convey that the initiative was founded with the aim of including those whom the society had pushed to the edge. PeriFerry wants to be the 'ferry' that wants to take them from the edge to a place where they want to be," says Jain.

The initiative was not the first one.

Jain has been actively involved in social work, especially relating to the LGBT community, during her college days. Apart from her, PeriFerry has a team of seven members, all between 23 and 35 years of age.

Till date, the company has helped over 20 trans men and women find a calling of their choice.

Sathyam Cinemas, Chai King, Naturals and Novotel are some of PeriFerry's clients. It is also working with different multinationals to get them on board.

"Change does not come overnight," says Jain. "It is about initiating the change in mindset."

Take the case of Bharaa, for instance.

A graduate and a gold medallist, Bharaa faced stiff resistance from within her own family, who refused to accept her. Eventually, she had to go homeless for a month.

An introduction to Jain and training at PeriFerry landed her a job at the corporate office of Sathyam Cinemas.

"It was a great life-changing experience for Bharaa as well. Now she values her job a lot more," adds Jain.

PeriFerry is looking to train 10,000 people from the transgender community by the end of this year. A target, Jain thinks, is achievable.

The company is also planning a project specifically for training trans people, but Jain prefers to keep it under wraps. "A lot depends on funding also," she adds.

"We, as a society, think about trans people either as sex workers or those begging at signals," says Jain.

"But we do not realise that it is not their choice. Trans people also want alternative source of employment. In fact it is a misconception that trans people are not educated, or do not have skills. They have potential, more or equal to anybody else, and also the willingness to perform because they are not given much opportunity."

Madhumati is a case in point.

A trans woman, Madhumati had always faced rejection from family and friends. It was only when she got in touch with Jain and her team, who helped her find a job with Chai King, that her life changed.

"She called us up a few days back and said she was going to attend a family function, probably after ages," says a proud Jain.

It is not always the companies that need convincing. "The bigger challenge is the transgender community reaching to us," quips Jain.

"When we started, it was a challenge penetrating through the transgender community. Trans people are very careful about their associations due to the fear of being exploited. So taking them on board and educating them was a challenge."

Moreover, trans men and women are very different in their approach and had to be handled differently.

"The education standards of trans men are much better compared to trans women. Often their families do not know about their orientation and so they get accepted more easily. Trans women are mostly involved in sex work, which fetches a lot of money. They are also very careful about their associations due to the fear of being exploited. So taking them on board and educating them was a bigger challenge."

Jain and her team recently conducted a play, a mono-act of a trans man's story enacted by another individual.

Post-play discussion centred around the portrayal of trans people on the silver screen and on stage. The response was positive, says Jain, so change is happening.

PeriFerry also organises workshops for companies where it focuses on the basic themes of sex and gender diversity and inclusion. \

Jain and her team portray the life of the transgender community, their needs, aspirations and the crisis they go through with the help of theatrical elements and other innovative ways.

PeriFerry does not charge anything from the trans people, but takes a fee from companies that hire them. So funding is a challenge.

"We are in talks with investors. Going forward, we want to have two different umbrellas: PeriFerry foundation and a for-profit social organisation," says Jain. 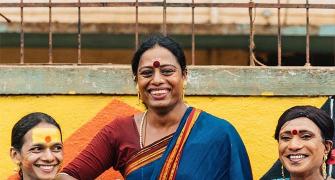 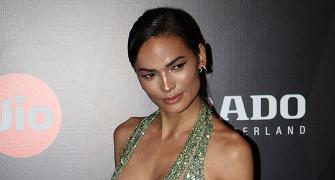 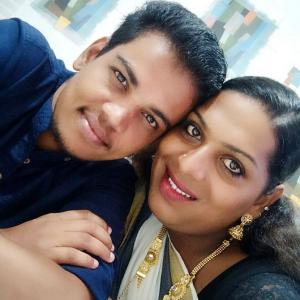