We bring you glimpses from their wedding celebrations.

Fashion designer Masaba Gupta's wedding celebrations -- which spanned over two days and included the mehendi (henna) ceremony, the sangeet, the wedding and the reception -- was a star-studded affair.

Besides the couple's family and close friends, several B-town celebrities too made their presence felt.

Here, then, are the bride and groom as well as the star appearances: 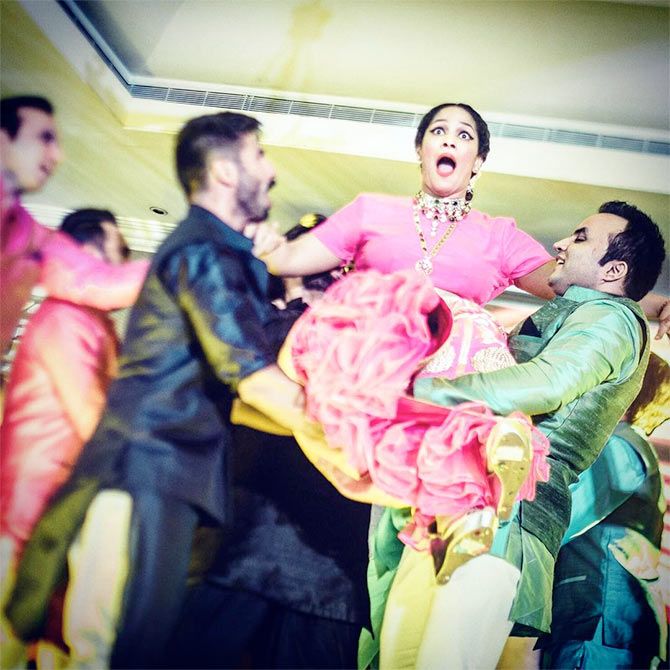 The 'I-don't-believe-these-guys' Masaba look is sure to go viral, as Shahid Kapoor and a friend lift the bride during the sangeet ceremony. While producer Madhu Mantena Varma kept it simple in a green kurta and black pants, Masaba was the cynosure of all eyes in a white and gold outfit at their mehendi ceremony.

We heard that the motifs on her outfit matched the mehendi pattern on her hands.

That, folks, is awesome coordination. Newlywed celebrity couple Shahid Kapoor and Mira Rajput, who also performed at the sangeet, made a dashing entry.

Mira kept it simple yet elegant in this beige floor-length outfit. India's 'Spice Girls'? That's what Alia Bhatt says :) as she poses with Akansha and Anusha Ranjan and Masaba. 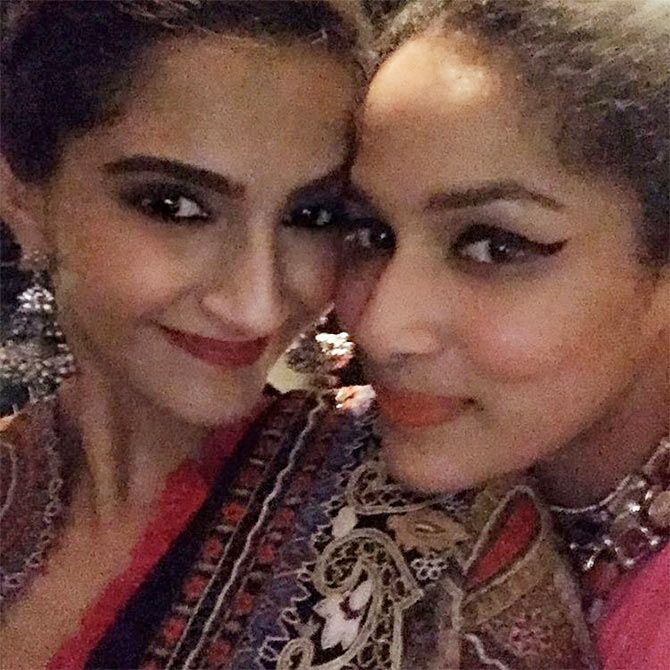 Sonam Kapoor's selfie with the bride. 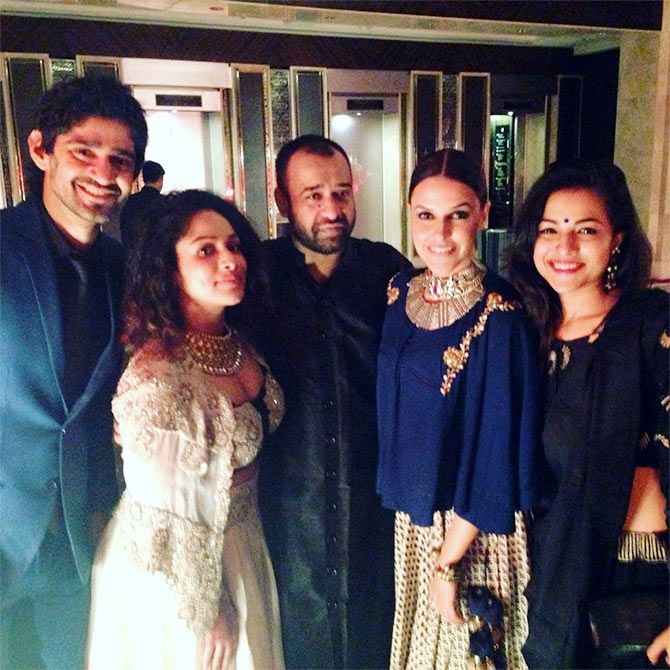 Here's Neha Dhupia with the couple at their wedding reception. Giving them company is Gaurav Kapoor and his wife, Kirat Bhattal. Also spotted were Athiya Shetty and Sooraj Pancholi, who debuted in the Salman Khan production Hero earlier this year. 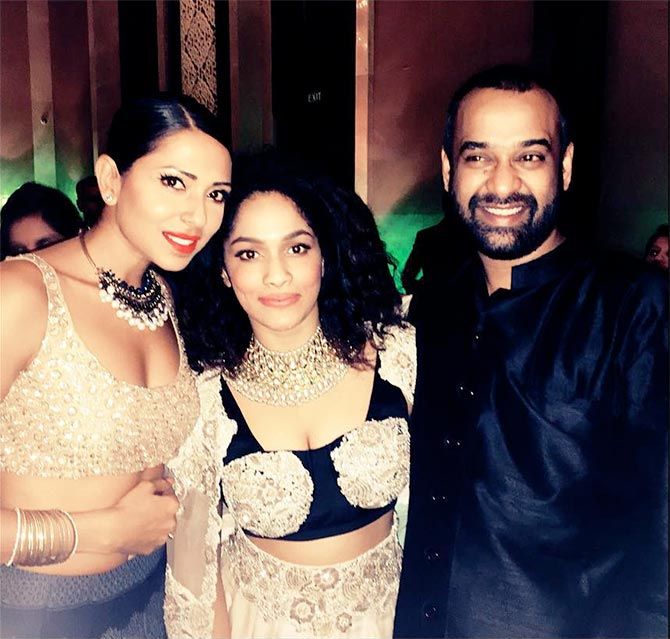 Model Candice Pinto steals a moment with Masaba and Madhu Mantena at the reception. 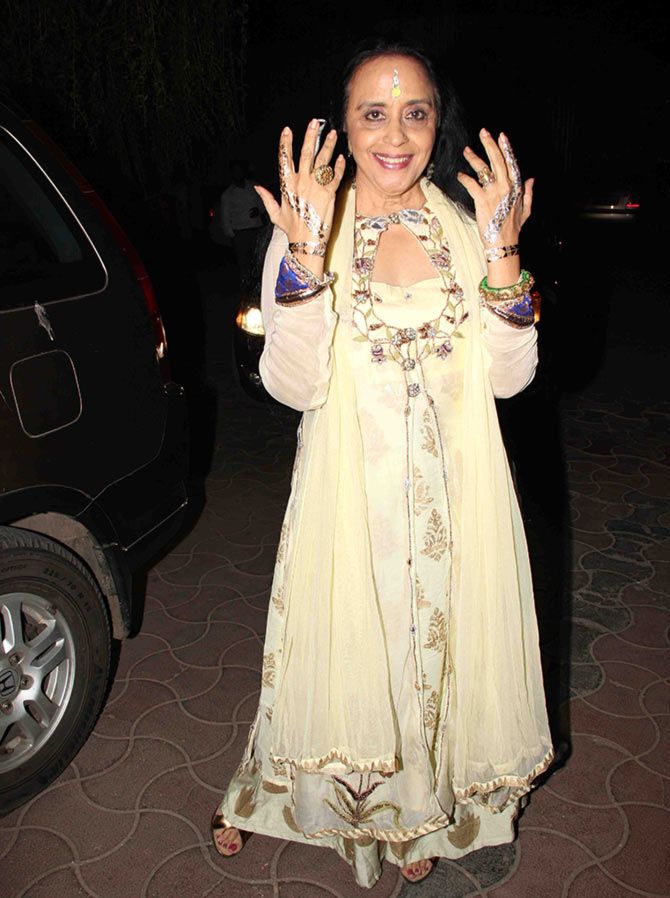 Singer Ila Arun knows how to wear her style on her hands :) 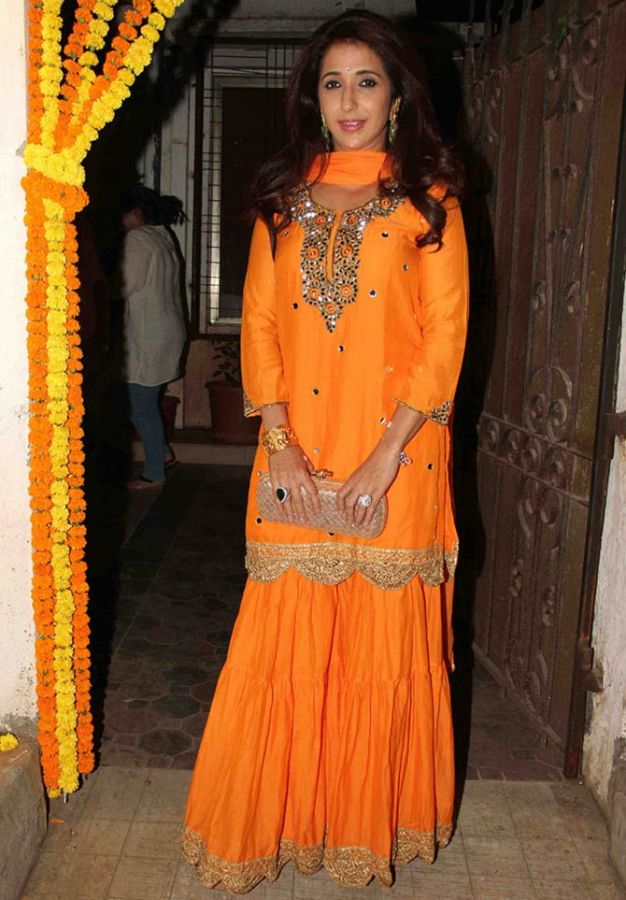 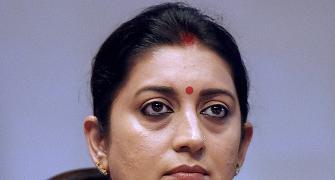 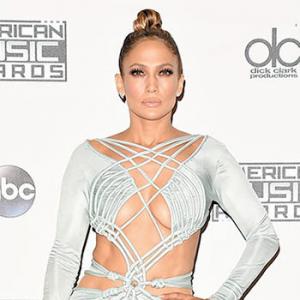 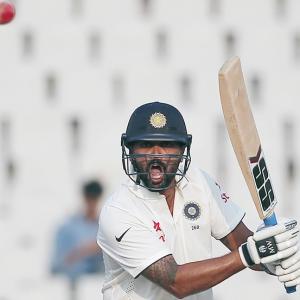