Kiara will set your screen on fire!

Kiara Advani worked the ramp as a showstopper for designer Amit Aggarwal's 2019 couture collection titled Lumen -- The Light Of A Human.

The collection was inspired by the magnificence of light and the energy that flows through the greatest designs in nature and the human body.

Scroll down to take a look! 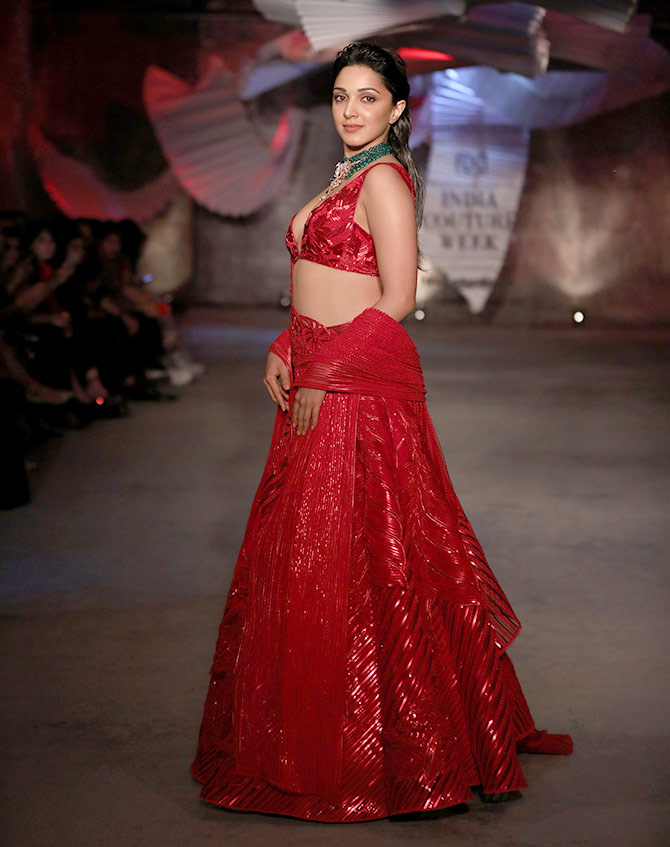 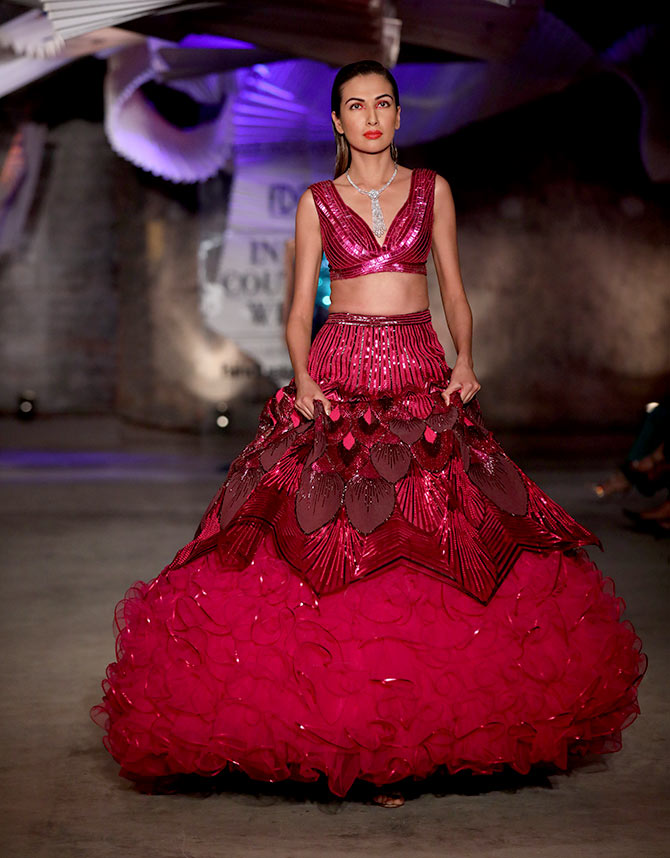 IMAGE: We see red! Sparkly red silhouettes seem to be the order of the day. The inspiration for the Couture 2019 collection stemmed from a virtual reality experience at the Saatchi Gallery, London called 'We Live In An Ocean Of Air'. 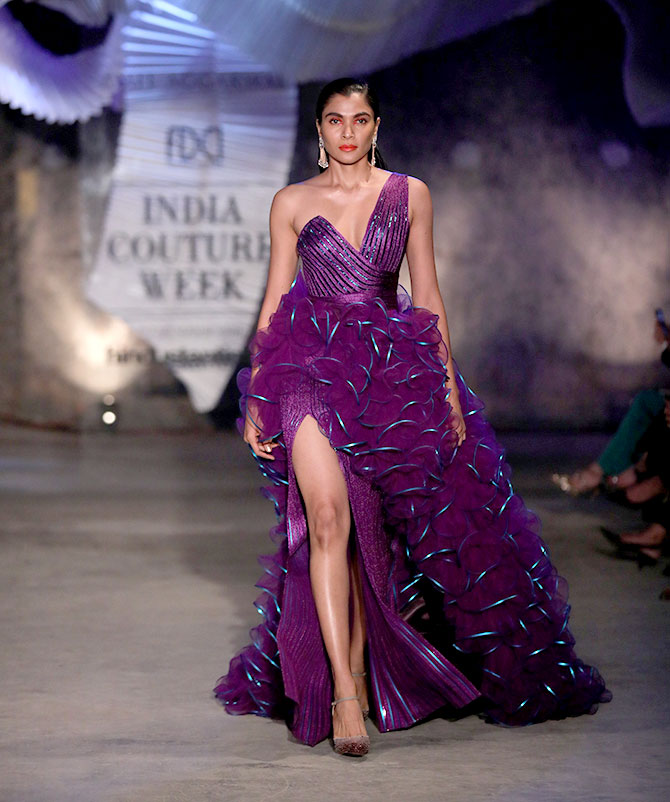 IMAGE: Hemangi Parte strut her stuff in a frilled number. 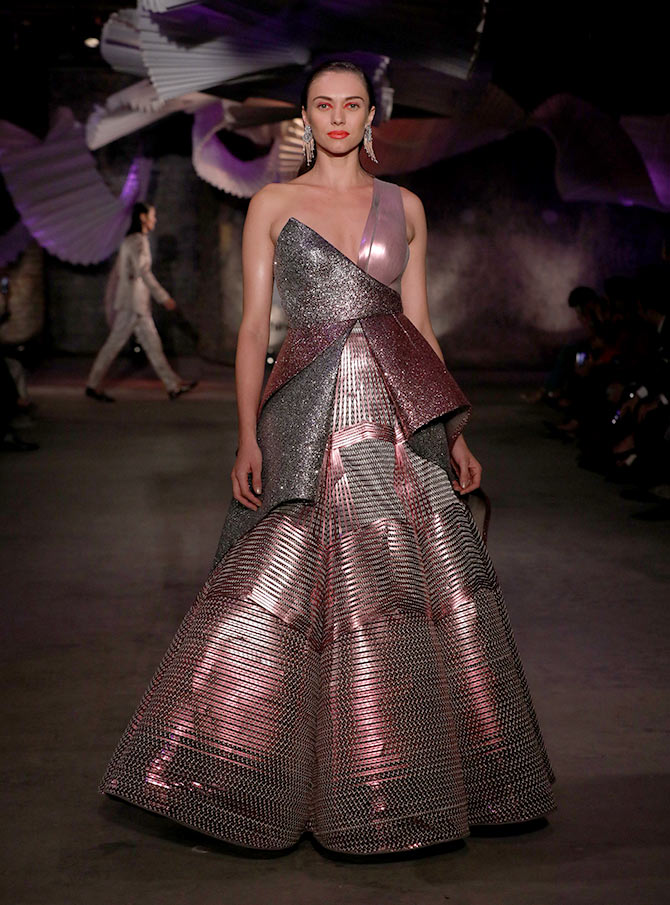 IMAGE: Continuing his love affair with metallics, the designer used several textures on the fabrics. This year, marked another successful collaboration with Taani by Tanira Sethi to create one-of-a kind traditional textiles. 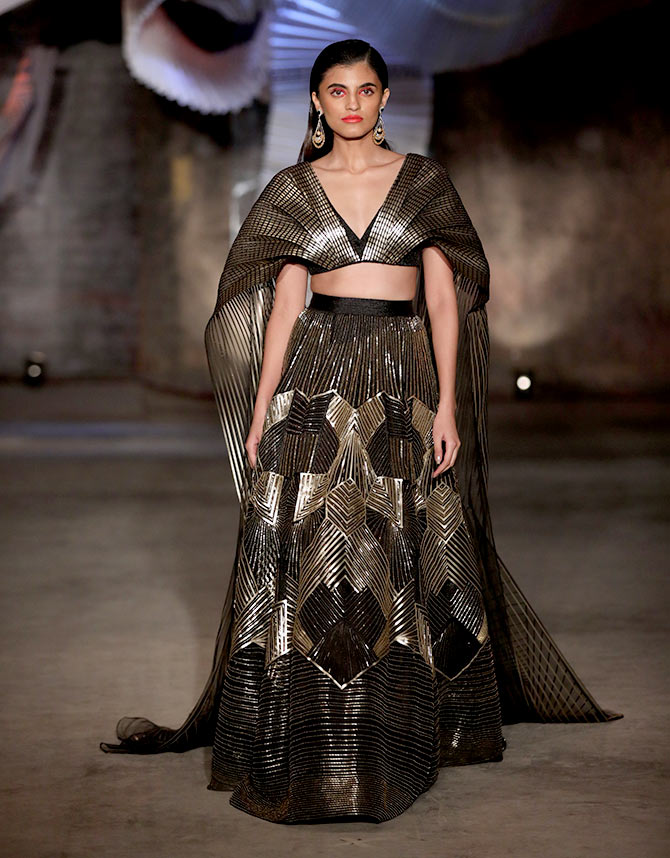 IMAGE: Vanshika Saxena looked like a goddess in this black and brown creation. 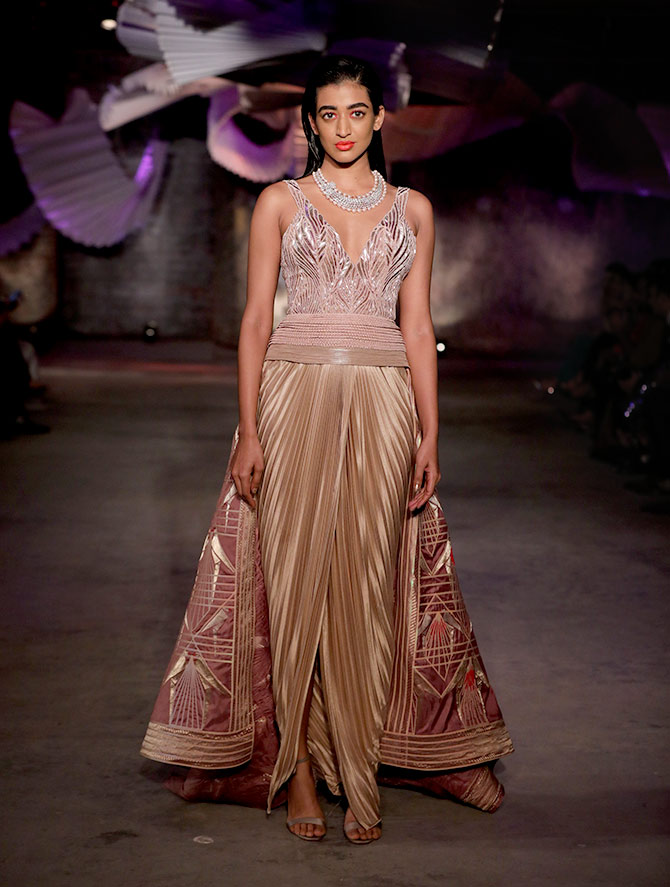 IMAGE: Nicole Padival's look was complete with an attached train. 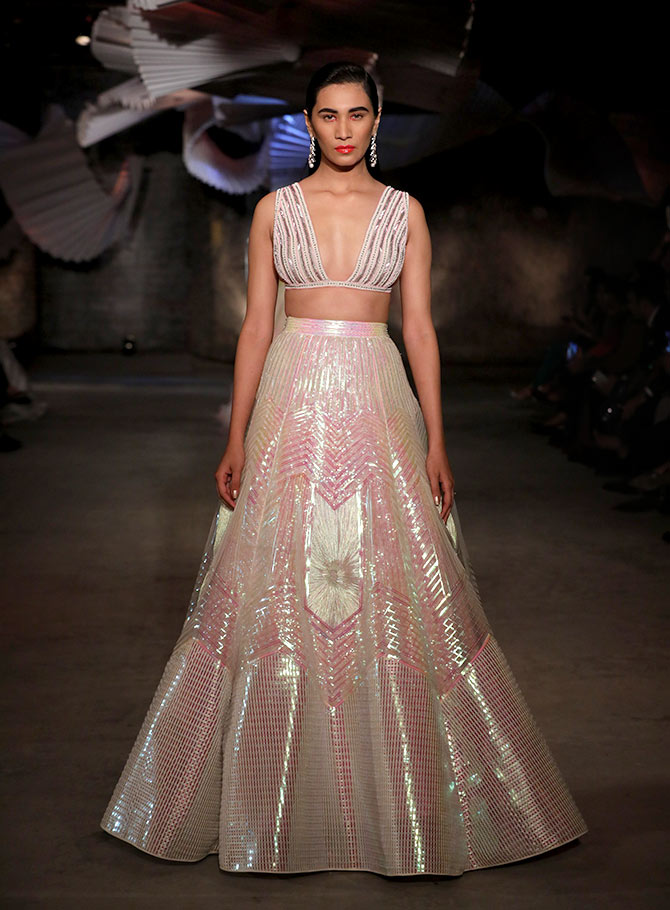 IMAGE: 'For me, Indian couture is an amalgamation of the heritage culture and craftsmanship that the country boasts of, but also blends in a completely modern aesthetic,' said the designer om Instagram. 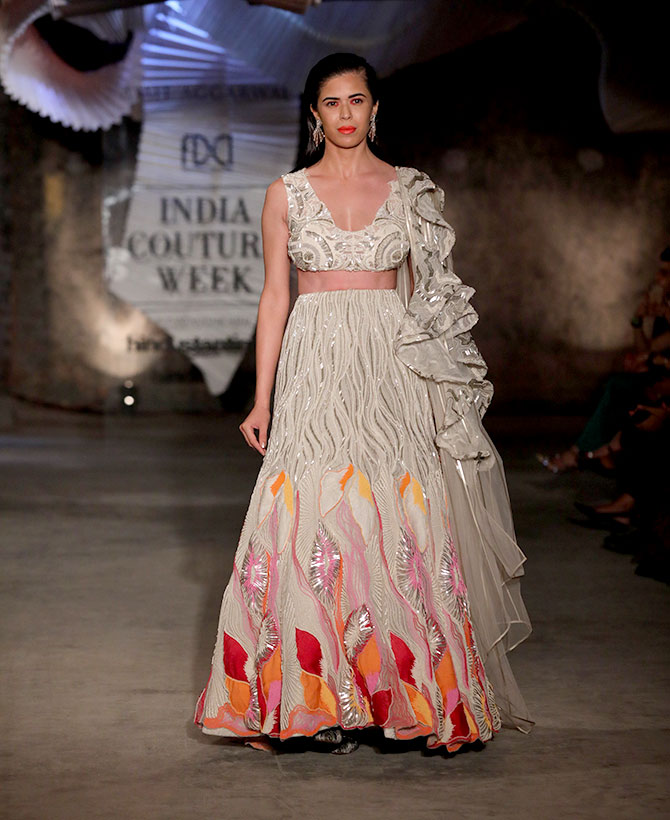 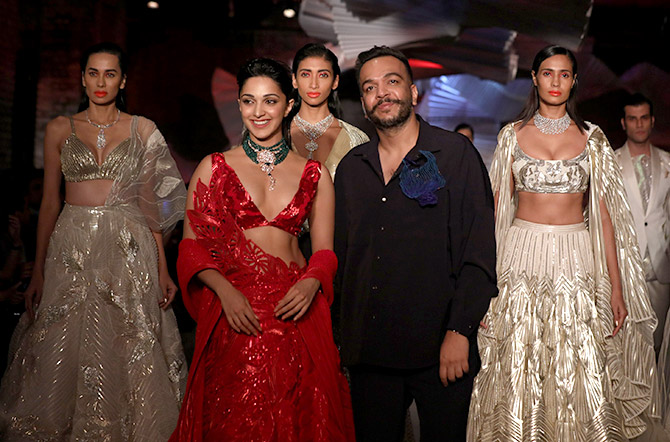 IMAGE: The designer with his muse during the closing act. 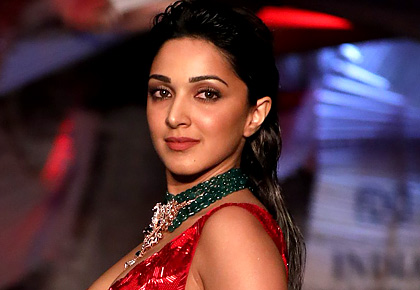 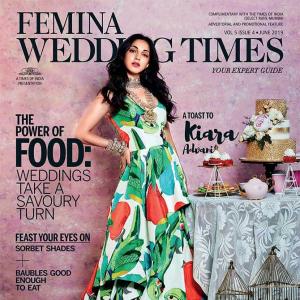 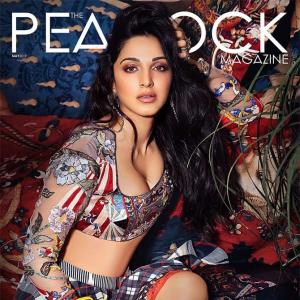 Stunning! Kiara will set your screen on fire