8 times the actor made us go WOW -- as wine he only gets better with age!

On the eve of the actor's 50th birthday, we take a trip down memory lane and look at the times he charmed us with his fashion.

1. When he made a walking stick look so COOL 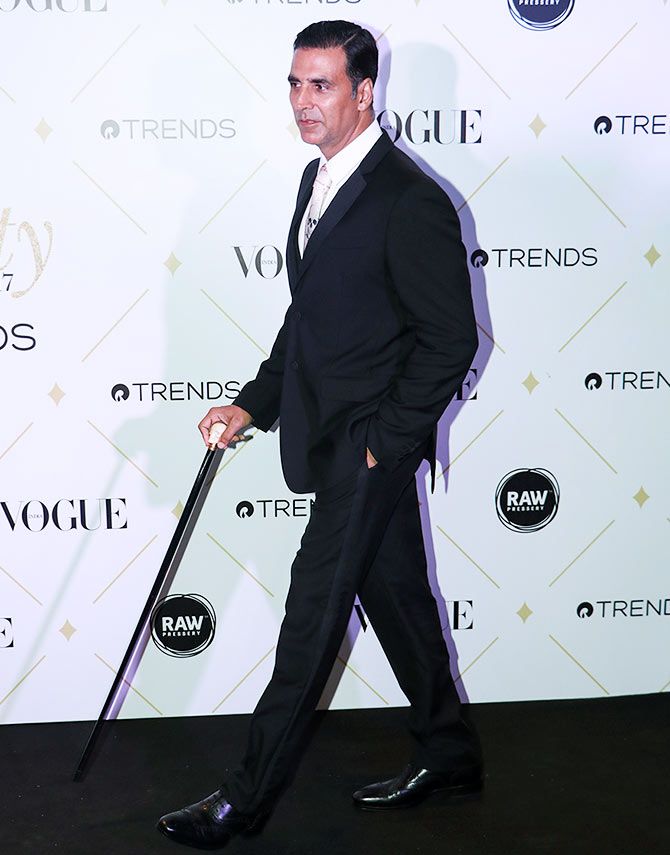 The actor made quite a stylish statement at the Vogue Beauty Awards when he stepped on the red carpet looking dapper in a tailored suit and a walking stick in hand.
We don't know about you, but we were definitely floored, by his style and his super funny-super feminist speech.
Photograph: Hitesh Harisinghani/Rediff.com 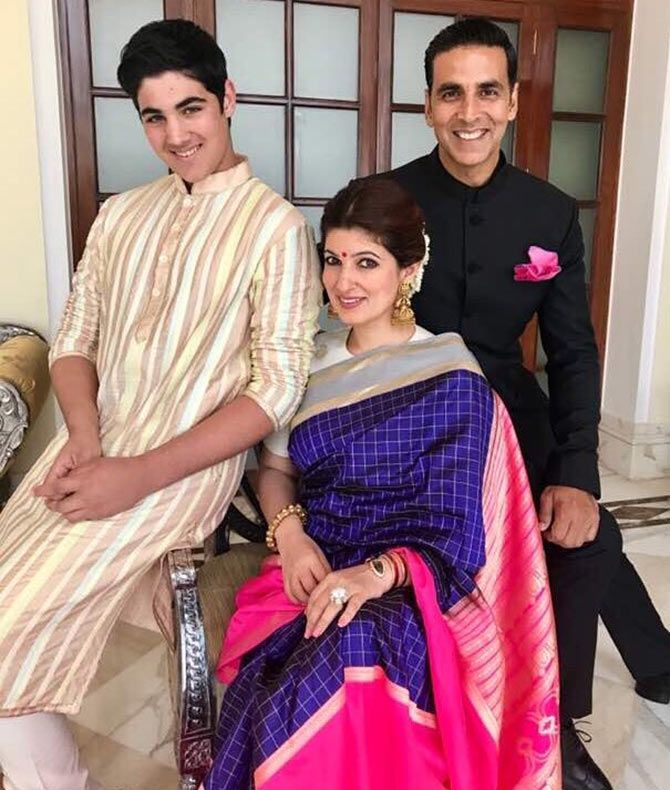 When the actor won the Best Actor Award for his film Rustom and he tweeted his photo.
Oh boy! It was such a pleasant surprise to see Akshay look so good in a basic black buttoned up suit.
Photograph: Courtesy Akshay Kumar/Instagram

3. He carried off the salt-and-pepper look brilliantly :) 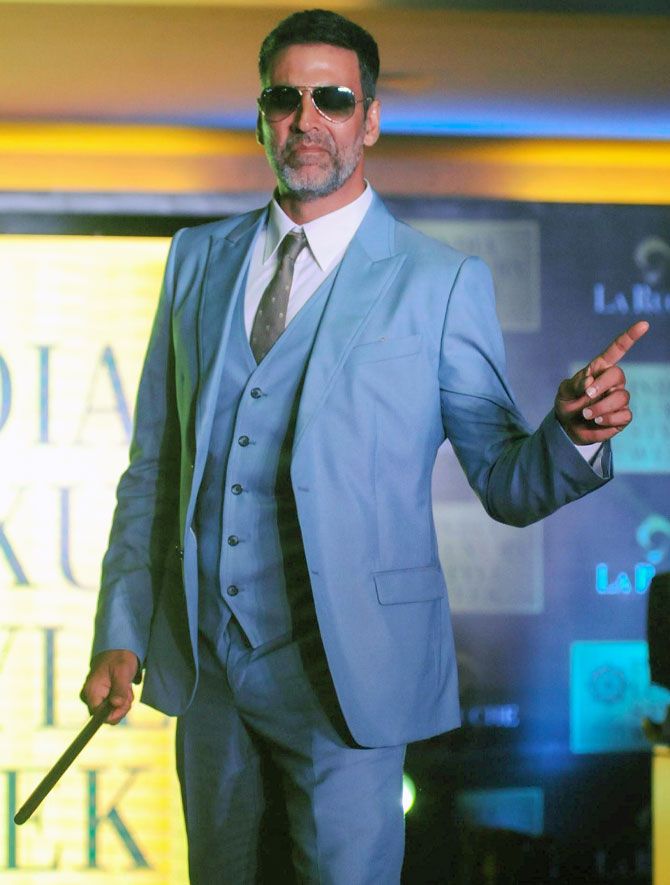 Akshay Kumar was the showstopper at the launch of men's fashion week, India Luxury Style Week 2015. The handsome actor took to the stage in a blue suit and completed the look with aviator shades and a stick with a skull head! Trust the Khiladi to sport a salt-and-pepper beard on the ramp and pull it off.
Photograph: Pradeep Bandekar

4. He made the ladies swoon with his mooch 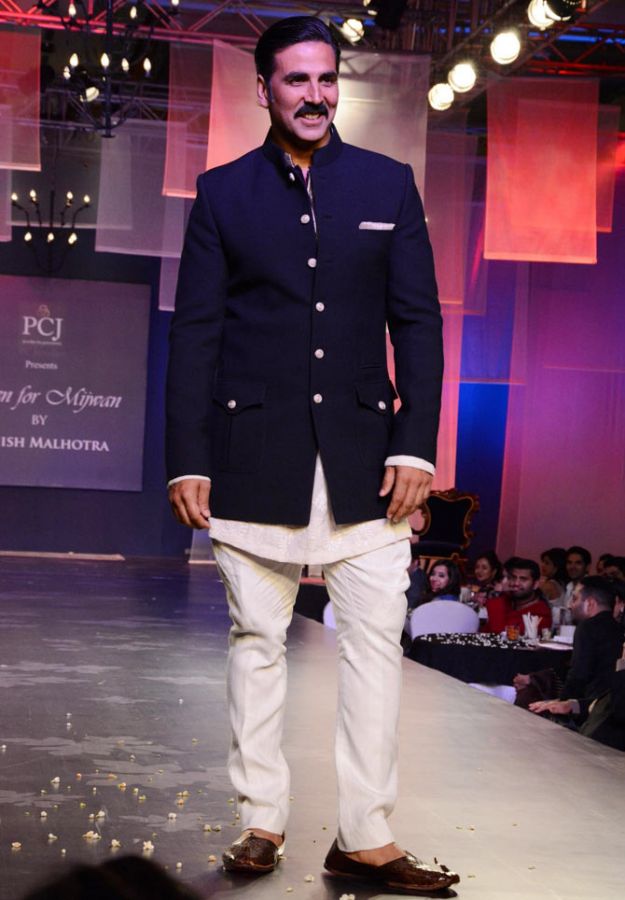 Few men in Bollywood can carry off the mooch like Akshay Kumar does. And in an all-Indian outfit, he looks as comfortable on the runway as he does on the big screen.
Photograph: Courtesy Mijwan

5. When he spruced up the gangster look and melted our hearts When Akshay graced the runway of India International Jewellery Week 2013 with co-star Sonakshi Sinha, sporting a gangster-style gold chain and pathani, he worked his way straight into our hearts.
hotograph: Pradeep Bandekar 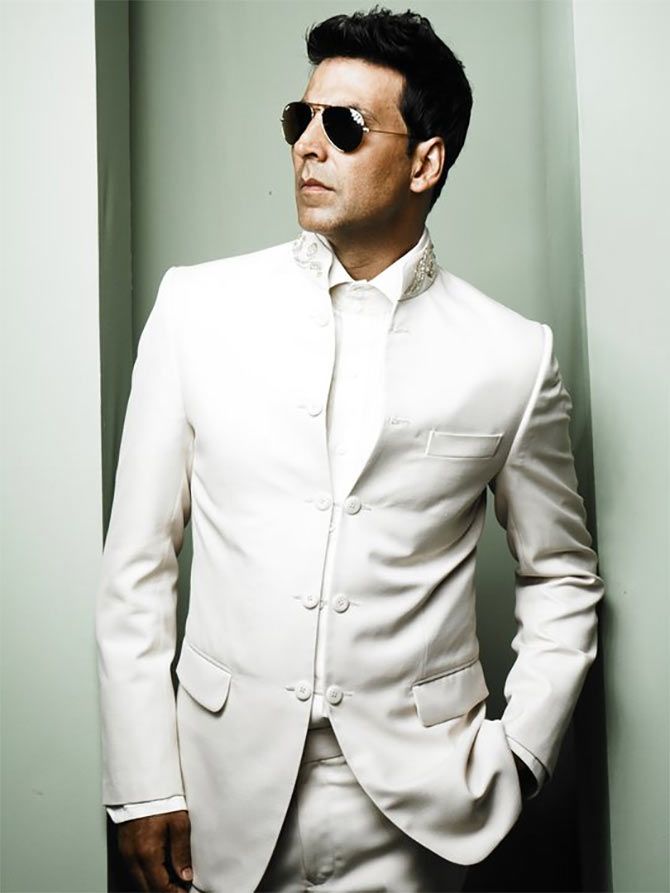 Very few actors can actually pull off an all-white look without making a joke of themselves.
This is the reason why we think everyone should take a lesson or two from Akshay's style book :)
Photograph: Akshay Kumar/Facebook

7. That moment when he strut his stuff on the runway 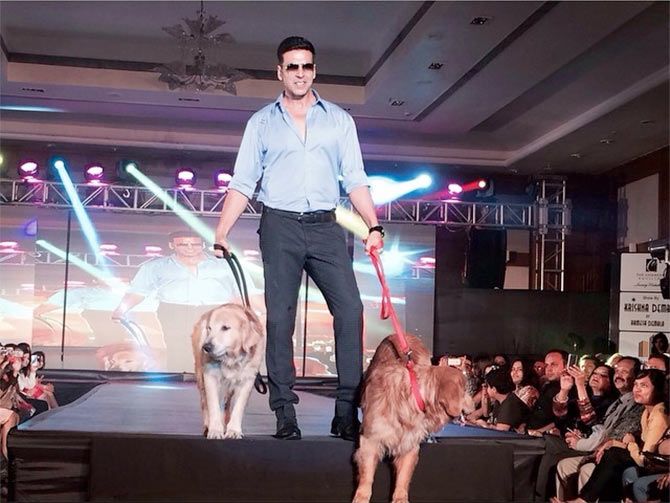 What's not to like about one of Bollywood's hottest stars and two adorable pooches?
Photograph: Rediff archives

8. Sigh! If only he graced more runways 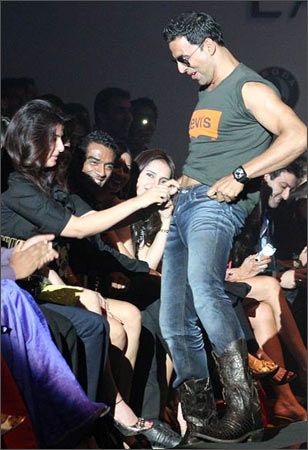 Way back in 2009, designer Tarun Tahiliani's showing in collaboration with denim giant Levi at the Lakme Fashion Week saw the actor make a grand entrance amidst clouds of smoke and foot-thumping music. Dripping with oodles of charm, he aced the denim game on the ramp. Unfortunately, he also landed in a controversy and a court case when he made his wife Twinkle Khanna unbutton said denims.
Photograph: Sahil Salvi 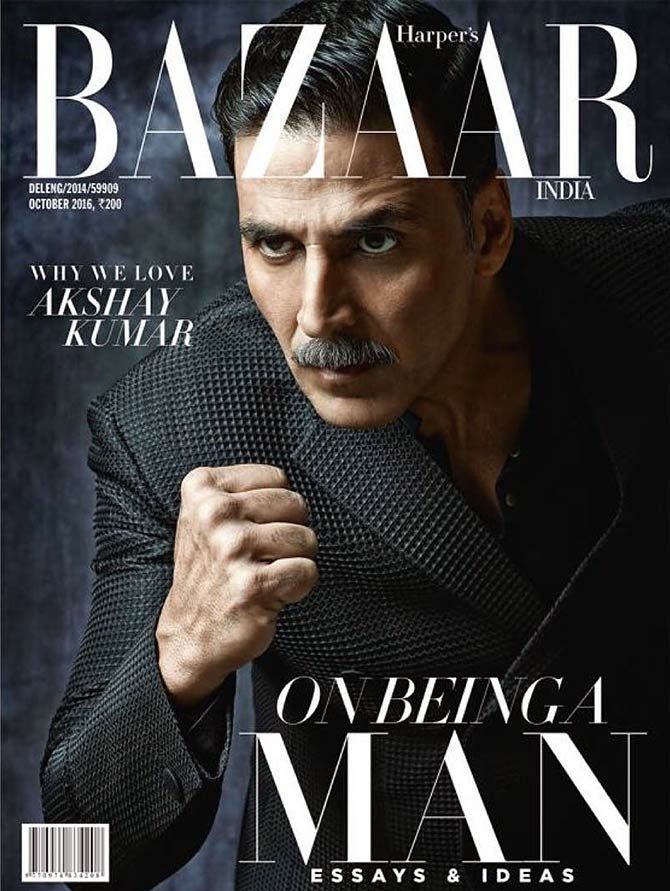 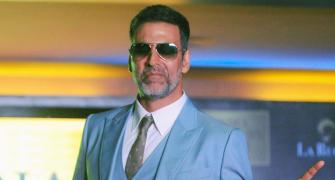 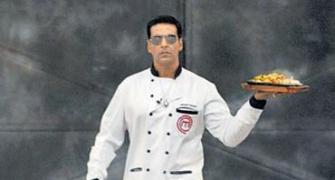 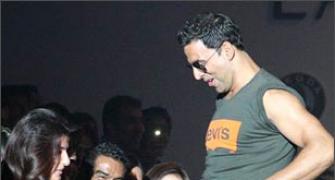 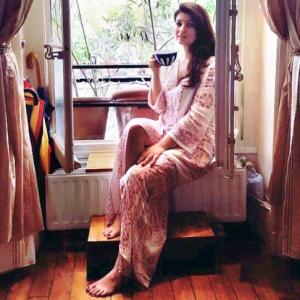 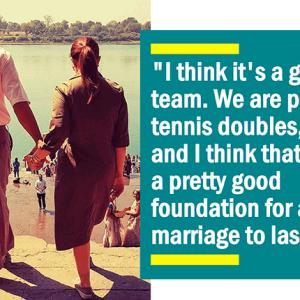