Samsung Galaxy S5 in particular, as being from the same camp, is priced cheaper and beats the Alpha easily in terms of display, battery and camera.

Samsung Galaxy Alpha is a very capable phone, and sales should pick up pace if the company decides to move quickly and brings the price to a more realistic level of about Rs 35,000, says Himanshu Juneja. 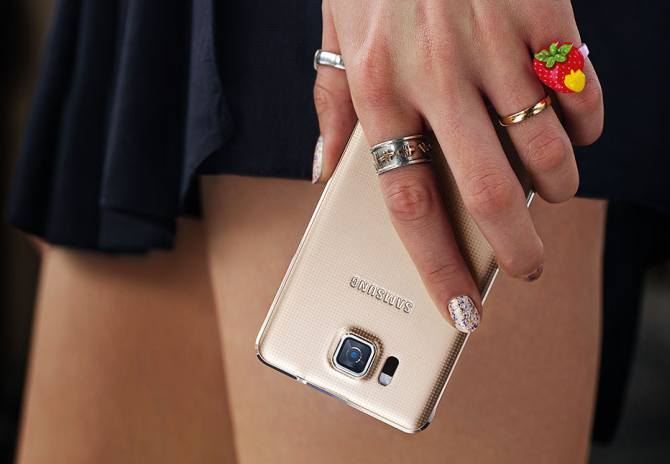 With the the Samsung Galaxy Alpha, Samsung has released its first and much-awaited mobile phone with a metal body. The metal construct of the Alpha phone seems to be a step to end the speculation about it being able to bring forward a phone which can match the top products from rival camps.

It is also interesting to note that as Apple made its foray into phablets, Samsung's move to bring a more aesthetically pleasing metallic phone seems like a conscious effort to consolidate its position in the regular-sized phone category.

Appearance apart, how much is the Galaxy Alpha capable really?

Being the company's first metal body phone, Samsung has made sure that the phone comes across as classy looking device.

The phone has been given a metal chassis and a strip of aluminium runs along the sides. The edges have been given a chamfered design and this makes the phone look really neat and high end.

The corners have been raised and this allows for a very good grip on the phone. Be it regular handling or in the landscape mode, the phone settles nicely in the hands thanks to the raised design at the corners.

Samsung has also provided a texture all around the bezel as well as beneath the glass, and this imparts a premium feel on the front.

Another noticeable aesthetic effect comes from the subtle cuts provided near the corners in the metal frame. Seems like Samsung indeed went out of its way to make the Galaxy Alpha stand out apart.

The home button is the regular affair, with back and recent capacitive buttons on either side. The home button also acts as a finger print scanner to unlock the phone and perform other few tasks. The top part of the phone carries the 3.5mm jack and a microphone.

The Volume rocker and the power button are on the left and right sides of the phone respectively. Both are made up of metal and come with very nice tactile response to them. The bottom part of the Alpha houses the MicroUSB port, the microphone and the single grill for the speaker. The rear part of the phone has the primary camera, which is a bit raised, making the phone wobble if placed on a flat surface.

There is also the flash and the heart rate monitor at the rear end of the phone.

Samsung Galaxy Alpha happens to be a metal body phone, that is with the exception of the back panel. The back panel isn't metallic, but a very high quality plastic. Samsung chose to provide a very fine texture instead of a crude plastic finish for the material. This is pretty similar to what Moto X and even the Nexus 5 have been sporting.

The back panel has been given the dotted pattern but is more subtle than what is witnessed on the Samsung Galaxy S5 and the S5 Mini.

Overall, the back panel goes perfectly with the generally appealing aesthetics of the Galaxy Alpha. It also helped in keeping the phone's overall weight to just 115 grams, making it very light.

Unfortunately the Samsung Galaxy Alpha isn't a dustproof or waterproof device. This comes as a pretty big disappointment, because a premium looking device needs protection as much as the aesthetic appeal. 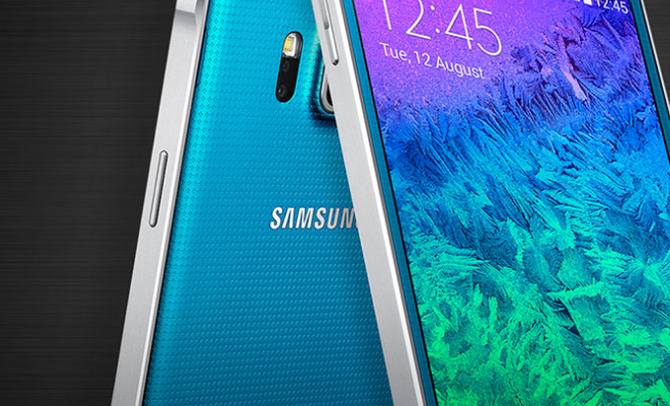 Samsung went with a 4.7-inch screen size with this one. For many, this should come as a relief, since huge screen is not everybody's requirement. Also, a regular sized screen translates to ease of handling the phone with ease, and slipping the device into the pocket when not needed. The latter part becomes even more important since the phone isn't dust or waterproof.

The screen carries a resolution of 720x1280, which means it is not a Full HD display. Yet, the screen comes across as a solid display unit and one will be hard pressed to find any pixelations in the images or with the fonts.

The screen has near perfect blacks, resulting in brilliant contrast levels for its category. The SAMOLED technology means the expected bump in the vibrant colours and the now well known saturation level. The screen provides good angles for viewing.

Overall the screen is pretty good on the Alpha and it doesn't struggle under direct sunlight either.

Galaxy Alpha comes with Android ver 4.4.4 (Kitkat) installed. As usually is the case, and expectedly so, Samsung puts its own Touchwiz skin atop the vanilla Android OS.

This means that Galaxy Alpha's OS comes bundled with tons of other customisation as well.

The first homescreen is the Magazine, which basically is the news and social news feed. One has to swipe to the left in order to reveal this feature. Some people will find it similar to Flipboard, and to some it might seem like HTC's BlinkFeed.

For people preferring news bits to trickle in constantly, this should come in handy, otherwise it will be annoying.

Samsung's Touchwiz also means that users get to play around the multiwindow mode, which allows compatible apps to be run side by side. This is actually a neat innovation from Samsung and does comes in pretty handy on many occasions.

The home button on the front not only allows the user to unlock the phone, but it also enables them to make paypal payments by signing into the Samsung account. The software allows a total of 5 finger prints (including the thumbs) to be stored. The accuracy may become a hit or a miss depending upon the dexterity of the user.

The notification panel when pulled down reveals tons of new options to be fiddled with. One cannot help but think that Samsung overdid this section. It felt a bit too much cluttered and this is never a good sign. Speaking of notifications, the handy lockscreen offers weather and other notifications to the user.

There are a number of other apps as well, like My files, Flipboard, Studio etc. There is the S Health as well which allows the heart rate monitor at the back to pull the data. Also included the S Voice, which is similar to Google's voice command feature. Also part of the S Health is the step counter. This brings up inaccurate data many times, and hence a choice of preferred health tracking app is advised. 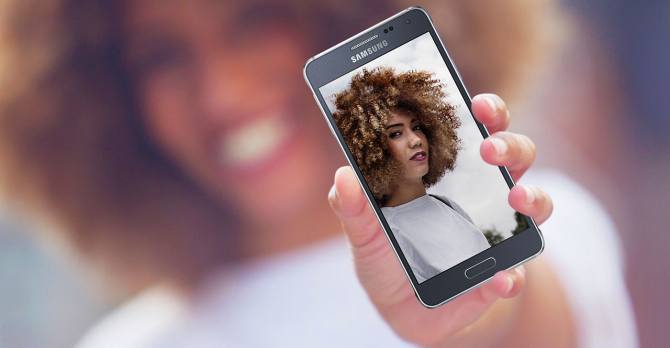 The phone comes with a 12 MP camera at the rear and is accompanied with a flash to assist during low light conditions.

The photographs captured via Samsung Galaxy Alpha came out vibrant and with good amount of details in them. The results were pretty impressive to say the least.

The focus was acquired pretty fast, however this depended on how well the light conditions were around the subject.

The low light photography did come out to be about okayish. As mentioned earlier, the camera does struggles to obtain a focus instantly, and final result lacked the details one would have hoped for.

This was disappointing, as the phone does comes with a flash for low light photography as well. The photographs don't come out to be horrible, but looking at the performance of other phones in the similar price range, results could have been better.

The auto mode generally does the tick, but Samsung has supplied numerous options for the keen shutterbugs out there. The phone comes with options like Panorama, Vitrual tour, Dual camera, Beauty face, Shot and more. In addition to these, the Galaxy app store has other modes available for download as well.

The camera is also capable of capturing 4k UHD videos and results were incredibly sharp and pleasing. The battery does takes some hit with the Ultra HD videos, but keeping the general trend in mind, it is not anything alarming.

The front facing camera does a decent job, and should be capable enough to bring impressive results for the selfies and video chat purposes.

The Galaxy Alpha comes with 1860 mAh Li Ion battery. The removable back panel means that the battery can be removed as well.

This is a boon for many as people can easily swap a fully charged spare battery and not be worried too much about charging the phone at critical junctures.

The battery is capable of providing more than 11 hours worth of continuous video playback, and still be left with some juice. This easily translates to about a day and half worth of battery life on regular usage.

The phone also has an Ultra Power saving mode, which restricts the apps which can be run to conserve the battery further more. The phone also gets switched to a greyscale theme.

Overall, the battery performance, despite its comparatively lesser capacity was pretty satisfactory. 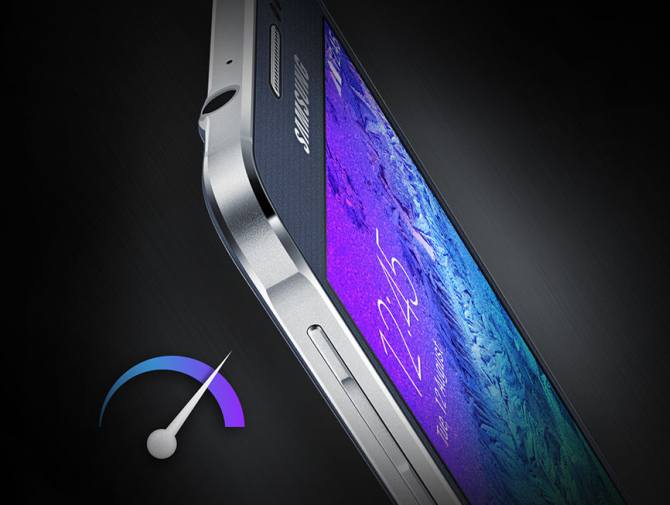 There is no doubt that Samsung has tried to cover all the bases in the regular phone category with the launch of its first metal body phone. It has a classy look and feel to it and is feature rich as well. The device is very capable to please the prospective buyers as an all-round device. Seems like Samsung's effort with the Galaxy Alpha has all the bases covered up.

However, the price tag of Rs ~40k is not going to help Samsung's cause.

Samsung Galaxy S5 in particular, as being from the same camp, priced cheaper and beats the Alpha easily in terms of display, battery and camera.

Samsung Galaxy Alpha is a very capable phone, and sales should pick up pace if the company decides to move quickly and brings the price to a more realistic level of about Rs 35,000. 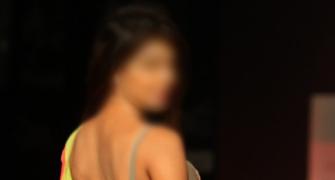 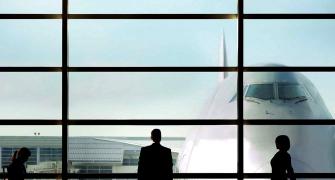 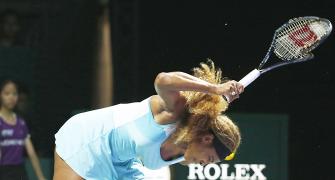 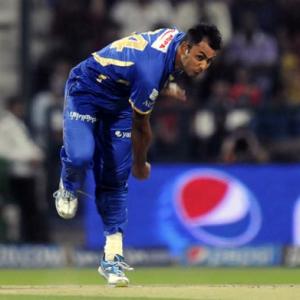