News
Business
Movies
Sports
Cricket
Get Ahead
Money Tips
Shopping
Sign in  |  Create a Rediffmail account
Rediff.com  » Getahead » Oppo F1 Plus is not worth Rs 27k!

While the pricing seems a bit on the higher side, there is no denying that the innards could have been better, and the so called 'Selfie Expert' only turned out to be a misnomer.

OPPO seems to be pretty serious with its new F series of mobile phones, and if F1 did not catch the eye of enthusiasts, maybe the record time in getting the fastest upgrade will do enough to make critics sit up and notice. Audaciously calling itself a 'Selfie Expert', a massive 16 MP front facing shooter on the brand new OPPO F1 Plus is sure to turn heads around, too.

The Chinese manufacturer seems to have rebadged its OPPO R9 for the Indian market, but it has quite a few things going for itself. A well crafted handset with a crisp display and impressive battery life. How much will the selection of mid tier innards impact its sale? How good is the camera in real life performances?

We had to take a closer look at the latest VoLTE enabled handset from OPPO.

There is no escaping the fact that the design team at OPPO decided to get 'inspired' from a certain brand. One look at the device, and it becomes evident that the handset has elements cloned from Apple iPhones. Be it those chamfered edges, the clean looks at the front, or the two bands which run across at the back, the inspiration from iPhone is quite evident. But thankfully, the result is not a splitting image here.

For some users, this may work to their advantage; others might find it a reason to criticise OPPO.

The handset measures 151.8 x 74.3 x 6.6 mm in dimensions, and still weighs just 145 gms. At the front, there is a fingerprint reader flanked by capacitive buttons just below the display. Around the back, there is the smooth texture and will mostly be slippery for the users.

As for the buttons, the power key is on the right along with the hybrid dual SIM tray. The volume buttons are present on the left, while the bottom edge is quite busy with the microUSB port, a single speaker and the 3.5 mm headphone jack.

With the fingerprint scanner getting a metal contour, the phone oozes premium looks overall. With a sleek built, wrapping the hands around the phone is not a task either, and light weight only helps the cause further with the handling. 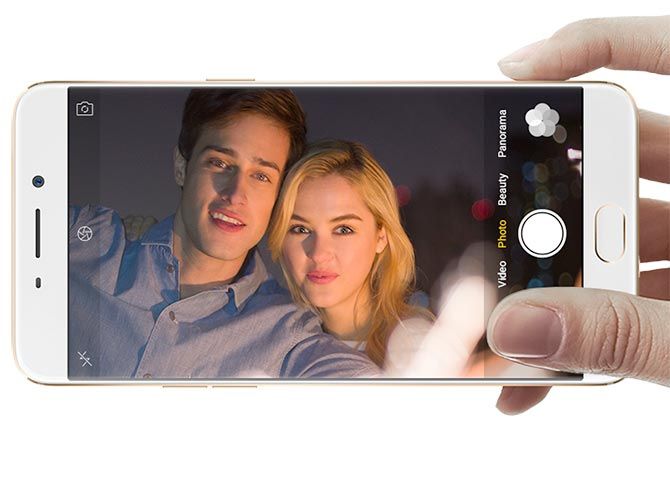 The display for the OPPO's F1 Plus is a 5-5-inch full HD affair. The AMOLED screen with 1080 x 1920p resolution delivers a pixel density of 400 ppi, which should be ample for most users.

The bezels, especially on the sides have been kept to minimum, giving it an edge-to-edge appearance. The brightness and the viewing angles are pretty good, and working with the handset under direct sunlight did not pose a problem either. AMOLED screen ensures some very impressive contrast ratios along with true colour reproduction.

Providing Gorilla Glass 4 protection for the screen bodes well and is a proof that OPPO did not go skimping with the specifications. In fact, OPPO has provided the eye protection settings to filter out the harmful blue light for the eyes. This should resonate well with those avid readers.

Overall, the display unit is very impressive, and a strong point of the handset.

The graphics are handled by Mali-T860MP2, while a whopping 4GB RAM has also been supplied. Selection of a weaker GPU leaves a bitter taste in the mouth, especially with OPPO already selecting a mid tier SoC for the device.

The 64 GB of storage space seems good, and users can further expand this by another 128 GB via microSD card. The forced choice between a memory card and another SIM is not something the users should have to make, but one takes heart from the fact that there is something extra onboard. 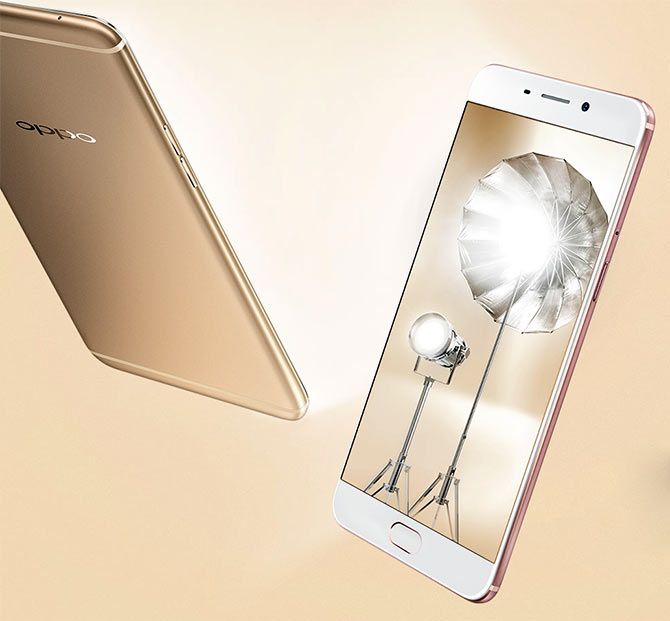 The F1 Plus is a dual SIM, 4G enabled device, and carries connectivity options like Wi-Fi (b/g/n), Bluetooth (ver 4.0), GPS (with AGPS), and
USB OTG. While the omission of WiFi and NFC were odd, OPPO has been kind enough to include Miracast with the handset.

The inclusion of VoLTE increases the chances of the handset sales, but the missing FM radio is not exactly forgivable for a premium mid-tier device. Omitting an IR blaster only highlights the skipped elements.

Colour OS powers the handset, and is in turn based on Android Lollipop (ver 5.1). It would have been better if OPPO had opted for Marshmallow to be the underlying OS. This also translates to the need for an impending upgrade soon.

Right at the lockscreen, the phone impresses. The image behind the lockscreen changes every time, thanks to the huge collection OPPO sources from the internet. Users can set their favourite category for this. There is the option to pin an image.

A swipe upwards will unlock the phone. Once inside, the influence of iOS is splashed everywhere. From the icons, to the homescreen ways. Even ways to summon the search, the apps like camera, settings, and the mulitasking screen app, there is no escaping the iOS inspired elements. There is no app drawer, and users get to play with folders for clubbing the shortcuts.

The notification shade firstly brings up the notifications, and the next section reveals toggle options. Gesture support has fair share of features supplied with prominent ones being executing flip to mute, one handed mode, or auto answering.

The theming feature should keep users busy with customisations. Thoughtfully, the finger print scanner has the ability to lock files and apps from unauthorised access.

Things look well organised generally and the OS is pleasing, but the settings menu has more on its plate than what the user can handle. The settings are splattered all over for stock apps and it deviates from the otherwise tidy theme. 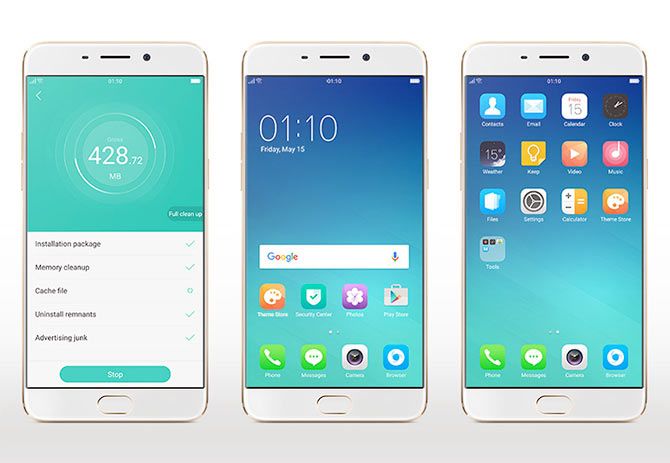 The choice of Cortex A53 processors made it pretty much clear that the F1 Plus belongs to the mid tier category. Users who do not indulge with heavy tasks, will find the phone quite enjoyable. Thanks to a weak GPU here, those who indulge in HD gaming should look at other options.

There were no lags or stuttering to be noticed while launching the apps or while general browsing of the device. The HD gaming or heavily encoded video files did made the phone sweat. Reduced settings become inevitable if the device is to function smoothly. Thankfully, overheating was not an issue and the handset only became warm with more intensive tasks.

The Fingerprint scanner was quick and accurate whenever summoned into action. Users will have to firstly press the home button to wake up the phone, and then let the scanner do its bit. The speaker proved to be about passable, and while it is not the epitome of high fidelity, it also did not sound tinny at high levels. 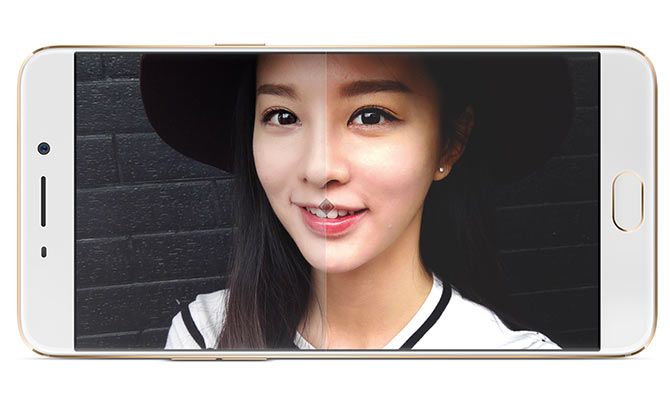 The F1 Plus comes with a 13 MP camera on the rear, while the front facing camera is a lot beefier at 16 MP sensor count. The rear shooter gets an LED flash, and one would have hoped for another LED flash at the front as well, but the front camera gets to be content with only the display screen brightening up for assistance.

The camera app is simple and utilitarian. Oddly enough, it forces the users to stick to the portrait mode than landscape. There are plethora of shooting modes available for the users, but the performance left a lot to be desired. There are the shooting modes like Panorama, HDR, Ultra HD, all of which seemed badly implemented. There is the double exposure, GIF and expert mode too, the latter allowing access to parameters like ISO and White balance.

Thankfully, the pictures during the daylight came out impressive. The colours were good, and ample details packed in. With less ambient light around, noise became apparent, but things did not turn horrible.

For a phone claiming itself to be the 'Selfie Expert', things are not that good. The captured photographs are only good for social media sharing, but otherwise the results were far from pleasing. There was a soft touch to the photos in general, and details were not there for even a less capable camera. OPPO surely is a bit too upbeat about the selfie camera when the results belie the confidence shown. For those interested, there is the Beautify 4.0 mode for selfies.

As for the recording, there is no 4k capture advantage. The rear camera's 1080p videos looked soft and low on details, pretty much in line with how the front facing camera fared. The results were barely passable.

It is impressive that OPPO has been able to slot in a 2850 mAh battery inside the petite F1 Plus. The non removable LiPo battery pack carries a decent capacity and should be a big advantage for the users.

Sure enough, the performance is not disappointing either. The phone carries the users easily through the day on a moderate to heavy usage pattern. There is the VOOC support for quickly juicing up the battery, filling up the battery to 50 per cent of its capacity within half an hour worth of charging.

The users will get the VOOC cable, a charger, headset, a SIM ejector tool and a plastic case in the well designed box. 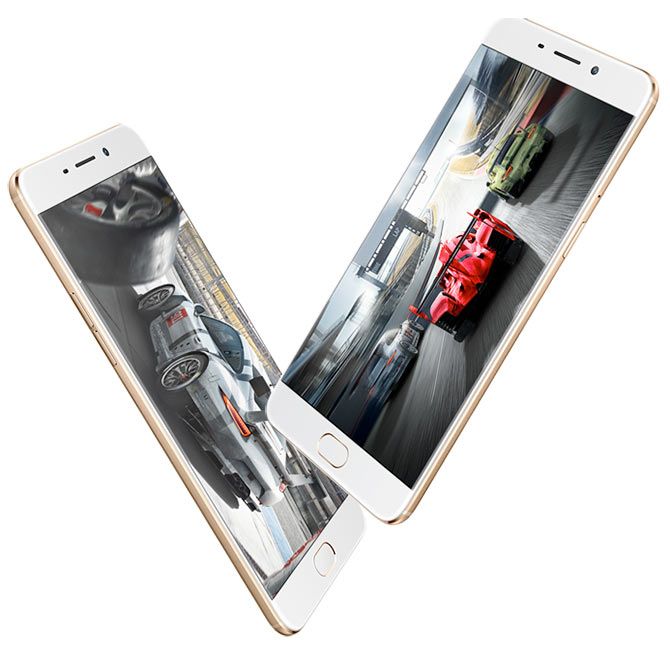 The OPPO F1 Plus looks like a decent package. The handset is well built, carries a crisp looking display and provides a good backup for the users to carry on uninterrupted. The rear camera impresses and along with 4 GB of RAM and Gorilla Glass 4, the package sounds pretty interesting.

The F1 Plus comes with a price tag of Rs 26,990, and despite being a premium mid tier device, the pricing seems a bit on the higher side. There is no denying that the innards could have been better, and the so called 'Selfie Expert' only turned out to be a misnomer.

OPPO should help F1 Plus notch up the sales number by bringing the price down a little. Otherwise, the users will find the LG G4 or even the Samsung Galaxy A series to be a more compelling choice, even if they are priced a little steeply. 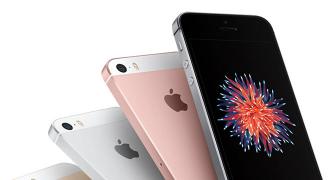 Should you buy iPhone SE for Rs 39k? 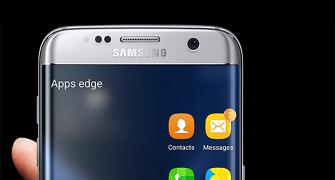 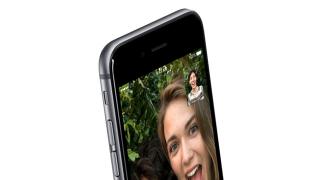 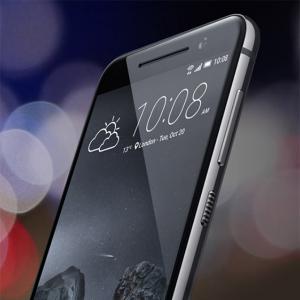 HTC One A9: The all-rounder