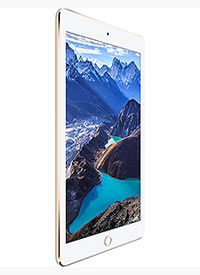 Of late, competition has forced companies to price their tablets competitively, thus bringing them within reach of Indian consumers. We have compiled a list of some tablets that are expected to make waves in 2016. Tablets are mainly targeted at customers who wish to have a bigger screen to watch a movie, play a game or read an eBook. With changing times, the iPad has evolved into a wonderful device that is not only superfast in processing (thanks to a powerful processor. but is also brilliant to look at (amazing design and high-resolution display).

The list is by no means complete and does not place tablets in any particular order.

Apple Air is a premium product from Apple and the upcoming Apple Air 3 is expected to improve an already fantastic product Air 2, even further.

The Apple Air 3 is believed to sport the same Aluminium casing that is found in the current Air model. The upcoming Air model of Apple is believed to feature iOS 9 operating system, and is likely to be powered by an A9 or A9X processor.

The other features Apple fans are expecting from this upcoming tablet are: a better screen resolution, a better camera, and a touch ID sensor. This device is expected to be launched in the first quarter of 2016 at a minimum price tag of Rs 40,000.

A newer variant of Apple iPad Pro is also expected to be launched in the fall of 2016. This handset is expected to sport a 12.9-inch full HD touch screen and is expected to run on an A8 processor in conjunction with 2GB of RAM.

Other features of this tablet are believed to be an 8MP camera at the back and a fingerprint scanner at the front. There is little information available about this device and it is expected to be priced above Rs 60,000.

The upcoming Xperia Z4 tablet is rumoured to come with a 10.1-inch IPS display supporting a resolution of 1600 x 2560 pixels. It is also likely to run on Android M OS and powered by a Qualcomm MSM8994 Snapdragon 810 processor along with 3GB of RAM and an Adreno 430 GPU.

Samsung will replenish its portfolio for 2016, wherein devices that are likely to be added to its already impressive line-up will include the next variant Galaxy Tab S2 9.7 Wi-Fi. It will boast of a 9.7-inch Super AMOLED display that is expected to support 1536 x 2048 pixels resolution.

To run this handset smoothly, it is speculated to run on the Samsung Exynos 5 octa-core processor along with 3GB of RAM. For taking photos or shooting videos, it is expected to host two shooters; one of them is likely to be an 8MP camera placed at the rear and another 2.1MP shooter placed at the front.

The upcoming LG G Pad II is rumoured to incorporate a design, which is similar to the earlier variant G Pad I. Its 10.1-inch full HD LCD screen is expected to support 10-finger gesture.

Running on the latest Android Lollipop OS, this tablet from LG is likely to hold a 2.26GHz quad-core Qualcomm Snapdragon 800 processor and 2GB of RAM under its hood. Other features of this gadget are expected to be a 5MP rear camera and a 2MP front camera, multiple sensors and a 7400mAh Li-ion battery. This beauty is expected to be unveiled in the month of April at a price tag of Rs 30,000.

This compact variant of LG G Pad II is expected to have a full HD 8.3-inch LCD touchscreen display. The compact variant of Pad II will run on LTE network and will have a powerful octa-core (1.5GHz quad-core + 1GHz quad-core) Snapdragon 610 processor coupled to 2GB of RAM. It is also expected to have two shooters -- an 8MP camera at the back and a 2MP camera at the front and a non-removable 4800mAh battery. It is expected to go on sale in the month of July for a price tag of Rs 17,000.

If the new Xiaomi MiPad 2 turns out to be any more powerful than MiPad 1, then expect a blockbuster in your hands this year. According to leaked reports, the new MiPad 2 will have a 7.9-inch IPS LCD display that is expected to support 1536 x 2048 pixels resolution.

Experts also believe that Xiaomi is likely to use the power efficient 2.2GHz quad-core Atom processor to run this handset. Other important features of this tablet include an 8MP rear camera, a 5MP front camera, 2GB of RAM and a huge 6190 Li-Po non-removable battery. It is expected to be released in the middle of 2016 for a price tag of Rs 14,000.

HTC has not succeeded in making an imprint in the tablet category as of yet, and so, its upcoming release is viewed with a lot of interest. As the name suggests, it will come with an 8.9-inch QXGA display having a resolution of 2048 x 1536 pixels.

In addition, the device is expected to run on the Android Lollipop OS overlaid with HTC Sense 7.0 UI. Two average cameras are expected to grace this tablet; one of them is likely to be an 8MP rear-facing one and the other a 2MP front facing one.

The device will be powered by a 2.2GHz octa-core processor coupled to a Power VR SGX544 graphic processing unit and 2GB of RAM. This tablet is likely to hit the stalls in August for a price tag of Rs 35,000.

HP is likely to bless this tablet with a 7-inch IPS capacitive display featuring 1920 x 1200 pixels resolution. For shooting videos, rumours suggest HP might equip this tablet with a13MP camera placed at the rear and a 5MP camera at the front.

This power hungry device is expected to boast of a 5000mAh battery and is believed to run on a 1.6GHz quad-core Hi-Silicon Balong V9R1 Cortex-A9 processor along with 2GBof RAM. It is expected to be released in the first quarter of 2016 for a price of Rs 30,000.

Asus, in the recent past has launched several tablets in the affordable price range. In this endeavour, we believe the upcoming ZenPad 8 will also create a new milestone. If we grant credit to rumours, then this tablet will be hosting a 1.2GHz Atom Z3530 processor along with 2GB of RAM. Other major features of this tablet would include an 8-inch full HD display, two shooters, 8GB of internal memory, 3G SIM support and many more. We expect to see this gadget in the first half of 2016 for a price tag of Rs 12,000.

Besides, we expect several other tablets in 2016, which even though did not make it to the above list, are great devices in their own right like Acer Iconia, Panasonic ToughPad, Nokia N1 tablet, Huawei MediaPad X2, and many others.

Note: The lead image is used only for representational purpose. The specifications mentioned here are based on Internet buzz; Photograph: Courtesy, Apple 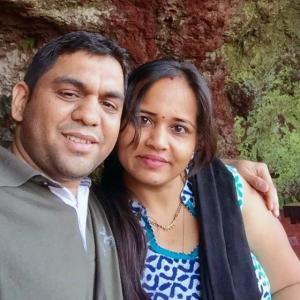 Jab We Met: 'She was shy, introverted' The four lifelines for a healthy credit score