The new Surface Pro an impressive upgrade over its predecessors, says Aparna Banerjea. 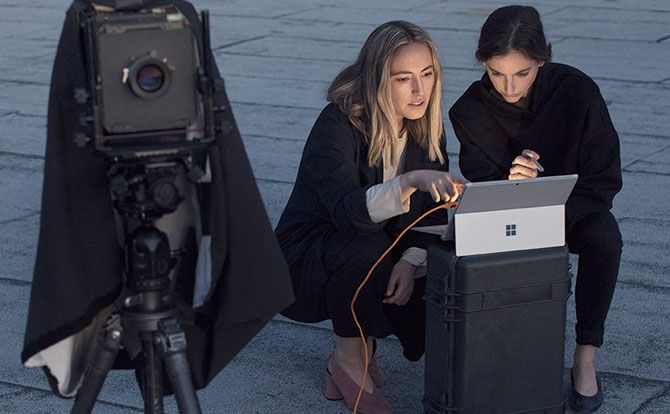 The new Microsoft Surface Pro is clearly setting the benchmark for the world's tablet market and doing a great job with every improved version.

If you are looking for a light, all-purpose, portable computer for use on the go, the new Pro is just right for you. What's more, the Surface Type keyboard cover, which easily sticks to the tab's base as a magnetic attachment, converts it into a laptop within seconds.

Unfortunately, the Type Cover does not come bundled with the device.

The new Surface Pro is available in India since February 22, 2018.

As a versatile laptop, the device is definitely giving tough competition to Apples's iPad Pro.

We reviewed the Intel Core i5 processor variant of the new Surface Pro with 8 GB RAM. Here's a look at what we found:

The tab looks gorgeous and polished.

At first glance, it does not show radical design changes over the Surface Pro 4. The look and feel is very similar, except that the edges in the new model are softer and rounder.

The camera easily fades into the bezel.

The Surface Pro, which is 8.5mm thin and weighs 767 gm, comes with a magnetic connector at the base to attach the Surface Type keyboard cover.

The 3.5 mm audio jack rests on the left-top while the power standby and volume buttons are placed at the top edge.

Microsoft claims that the new Surface Pro delivers the 'versatility of a laptop and a creative studio'.

It has an impressive hinge for better 'studio mode' that bends as much as 165 degrees, giving a perfect stand for drawing.

Once placed at a particular angle, the kickstand is sturdy and gives proper support.

The new Surface Pen comes with an eraser on top. The pen's easy grip gives a smooth experience, almost like using a real pen on paper.

Available in silver and charcoal, the new pro pen has a clip button that can be used as an eraser and also be assigned a few gestures.

For instance, a single click can open the OneNote application on the device and a double-click takes a screenshot.

Apart from that, there are other features like tilt for shading and better sensitivity to movements across the device, which artists would love.

However, there are rare instances of the pen showing a lag of a few seconds or so.

The 4,096 pressure points on the pen respond to the lightest touch, making it easier to sketch, shade and paint.

The Surface Pro Device comes with the Sketchbook app on which the new pen works smoothly, giving each design and drawing an artist's precision.

The new Surface Pen is quite responsive to writing on the device. It is handy for students taking notes or those who simply like to maintain their journal, highlighting points, etc.

The pen seems to work effortlessly on every application. Available for Rs 7,999, the new pen has a Bluetooth 4.1 connectivity and weighs around 20 gm. 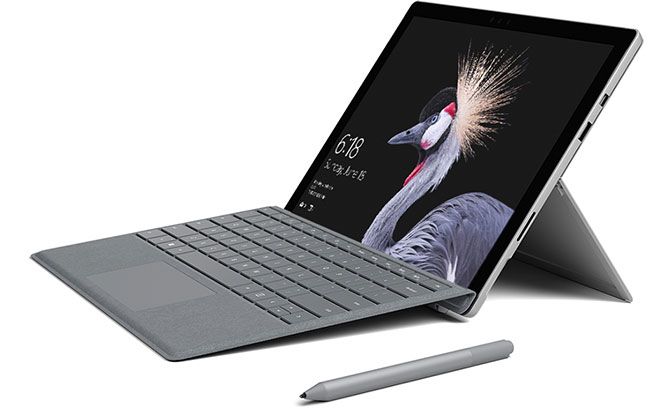 It is a bit sad though that that Microsoft has not bundled the surface Type Cover Keyboard with the new Surface Pro.

The user has to shell out a lot on accessories, including the keyboard, which costs at least Rs 10,999.

But the experience of the versatility, the soft velvet coating and the 2-in-1 potential of the tablet are truly remarkable.

If you choose the soft-touch fabric-coated Signature Type Cover, you'll be spending Rs 12,999.

The keyboard is designed skilfully to make typing comfortable.

With magnetic attachments to the tablet, it easily snaps onto the device and stays firm.

It can be placed flat on any surface and does not bend.

The keys are well placed, not too protruding from the panel and the layout is decent.

The trackpad is smooth, large and quick to respond, but its click sounds are too loud.

The keyboard comes with three layers of backlight that work in favour of the accessory.

It is easy to type in dimly lit areas with the backlight feature, though it drains the battery much faster.

Apart from these two, the arc mouse -- again sold separately, priced at Rs 6,399 -- is definitely not a necessity for users.

It has a sleek design, but you can easily make use of any cheaper Bluetooth mouse with the tab.

The mouse rests flat on the surface and has two different arc angles for you to get adjusted to it.

Its surface has a rubbery coating and there's a single physical button used for multi-tasking -- scrolling, right-click, etc.

It somewhat resembles the Apple Magic Mouse due to the similar gestures.

The new Microsoft Surface has a high-quality display, with great viewing angles.

The 12.3-inch PixelSense display, with a resolution of 2736 x 1824 pixels, makes colours vibrant on the screen.

In keeping with the promise of providing users the 'creative studio' experience, the IPS LCD display has soothing colours -- not too saturated -- unlike the AMOLED displays.

Overall, the brightness of the screen is not too harsh on your eyes and you can easily enjoy movies.

The thick bezels on the side are a definite turn-off.

The new Surface Pro is a delight to work on and comes with enough power to take you through the day while performing common tasks.

I was able to perform a couple of simultaneous tasks like writing a report, browsing the internet with several tabs open in the browser and streaming online music without any lag in performance.

With such powerful specifications, the new Surface Pro can easily compete with high-end laptops like Dell, Asus and Acer without being as bulky and huge, especially the new Acer Swift 5 that comes with 8th Gen core i5.

Coming to graphics, multitasking on the tab works like butter.

However, it is not a great option for high-end gaming.

The HD resolution is great: I tried my hand on Skyrim and although it worked well and gave around 20 fps on HD resolution, it seemed uncomfortable on the tablet.

Plus, the keyboard of a tablet is always more delicate than a laptop's study keyboard.

A major chunk of the performance also relies on the battery.

The Microsoft Surface Pro claims a great battery life of up to 13.5 hours at a stretch.

That may be a bit of an exaggeration, but it certainly works a good 10 hours on full charge, and more when performing lighter tasks.

I was able to get through a full workday with a lot of browsing, typing, and some video streaming.

The new Surface Pro is impressive and a great upgrade over its predecessors, especially on accessories.

The Surface Pro pen is a must with the tablet and lets you create a more innovative space with its artistic touch to mundane tasks. It's too bad that it does not come bundled with the tablet.

However, even with a few flaws and an expensive price tag, the Surface Pro is a marvellous piece of design and performance.

Overall, the device is a workhorse in the true sense of the word. Apart from occasional lags, the tablet almost never breaks into a sweat. 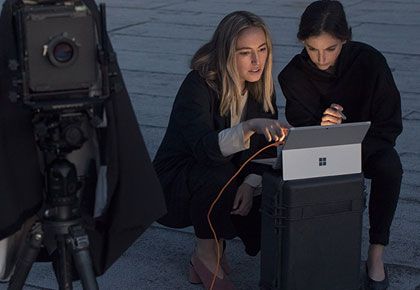 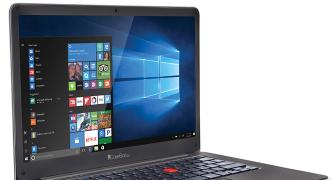 A power laptop at an affordable price 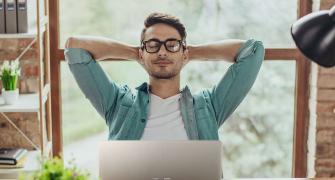 This one's a great office laptop 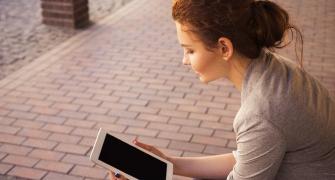 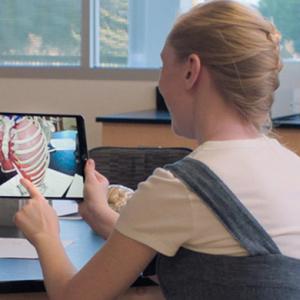 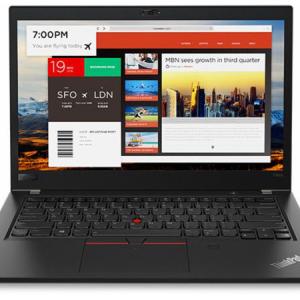