Though the Honor 10 lacks an optimised notch screen and stereo speakers, its sleek look and fast performance make it a winner in the mid-range flagship segment, says Khalid Anzar. Priced at Rs 32,999, the smartphone boasts some of the premium design elements and features of the recently launched Huawei P20 Pro -- glass-metal-glass sandwich design, notch-based screen, AI camera, etc, -- which make it a cost-effective alternative to premium flagships.

However, being a mid-range device, the Honor 10 cuts down on features like the Leica-tuned camera lenses, vivid AMOLED screen or the dual stereo speakers of the P20 Pro. It does, however, sport a 3.5mm audio jack which is not there in the P20 Pro.

We reviewed the Honor 10 on several parameters to test its overall performance. Here are the observations:

The front is dominated by a notch-based screen, which leaves negligible bezels on the top and sides.

At the bottom, there is a fingerprint sensor placed below the glass, adding to the utility without compromising on the overall design quotient.

The glass back design seems an improvement over aluminium, especially due to its different colour reflection properties.

The glass is curved from the edges, something reminiscent of the Samsung Galaxy S-series devices.

While everything seems to be in place, the glass design attracts fingerprint impressions which make it dirty, requiring regular cleaning.

The phone sports a 5.84-inch full HD+ 19:9 aspect ratio screen, which is bright enough to stay legible under direct sunlight.

The notch is set as enabled by default but can be disabled from settings.

However, the notch is disabled by default for video playback through apps like YouTube and Netflix or native video player and there is no option to enable it.

Online video streaming apps also fail to fill the 19:9 aspect ratio screen and show content at 16:9 aspect ratios, leaving blacked-out areas on each side when viewed in horizontal mode.

Therefore, it fails to utilise the complete screen area. The Honor 10 neither has the HDR compliant screen nor the dual stereo speakers that the premium P20 Pro offers.

Yet, for a midrange smartphone, the Honor 10 fares well to play multimedia content, thanks to a 3.5mm audio jack that makes a lot of difference, especially for people who like to use headphones more than speakers for content playback.

Powered by a Kirin 970 processor, the phone comes with 6 GB of RAM and 128 GB of internal storage.

It boots EMUI8, which is an Android Oreo-based customised skin developed in-house by Huawei to utilise the potential of artificial intelligence across different system settings.

The phone doesn't slow down even while operating the most demanding tasks such as playing power-intensive games like Asphalt 8.

The user interface, which is nowhere close to stock, has its advantages and disadvantages.

As for the positives, the UI feels smooth and consistent across with no sign of lag or stutter anywhere.

While we faced some heating issues in the P20 Pro while using it at low battery levels, the Honor 10 does not show any such problems and performs consistently.

On the down side, the setting menu is cluttered and finding a particular setting such as reorganising the navigation keys is a herculean task.

Also, the default UI offers no app drawer and all the apps feature on home screen on different windows.

The app drawer can be enabled from setting menu; however, reverting to no drawer setting makes the home screen a mess.

The phone sports a 24-megapixel monochrome sensor paired with 16MP RGB sensor of f/1.8 aperture at the back, which works optimally in all lighting conditions.

There is a 24MP front camera for selfies.

The rear camera unit works optimally in all lighting conditions.

Autofocus is fast and accurate and scene capturing is instant.

Even in low light conditions, the autofocus locks up quickly and the AI feature automatically chooses the right settings based on the scene.

The 24 MP front camera is equally impressive and manages to take shots with lots of detail, irrespective of lighting conditions.

The selfie camera also relies on AI capabilities to enhance the output.

Portrait mode is one feature that does not add up to the otherwise capable camera performance.

It shows incorrect segmentation of the primary object and background, thereby showing a blur around the focused object.

Powered by a 3,400 mAh battery, the phone keeps going for almost a day.

However, the phone still sails through the day on a regular usage.

The battery charges within two hours, which is impressive compared to other midrange flagships, except OnePlus devices that charge up even quicker.

The Honor 10 has a premium design, capable camera and modern notch-based screen.

The non-optimised 19:9 aspect ratio screen for video playback and the absence of stereo speakers might not impress multimedia buffs but the sleek and fast performance, coupled with top-notch innards, make it a winner in the mid-range flagship segment. 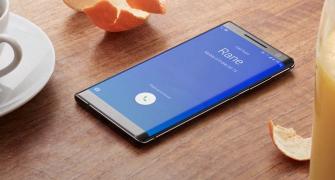 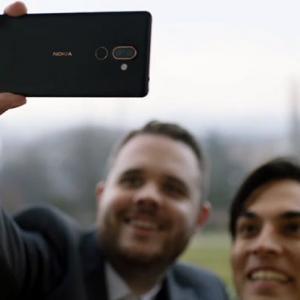