Nikita Puri and Samreen Ahmad check out the start-up that connects diners with regional food that restaurants do not serve. 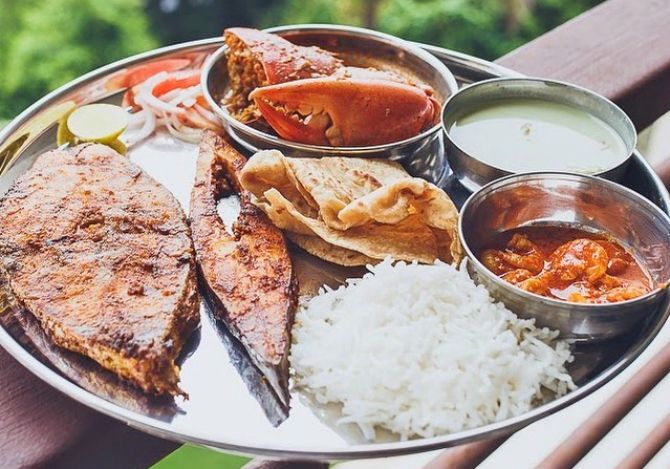 Would you like some lemon with that, asks Shubha Thimmaiah Hemant, as her guests dig into a plate of chilli pork. High on heat fuelled by green chillies, a guest tells Hemant the starter is "lemony enough". What you taste isn't lemon, says Hemant, it's country vinegar.

Locally known as kachampuli, it is made by fermenting the tropical Garcinia gummi-gutta fruit.

No matter which city she travels to, the banker-turned-fulltime chef hauls along bottles of kachampuli. "It is an absolute must for authentic Coorg cuisine," she says.

"Authentic" is the buzzword at these gatherings.

It has been just about 10-15 minutes that Hemant's Kodava-special lunch for five perfect strangers has kicked off, and she has already paused twice before entering the kitchen to explain what constitutes "authentic" food from Coorg.

Soon after she welcomes her guests, on a Sunday afternoon in Bengaluru, Hemant whips out glasses with OT, a drink only found in Coorg.

Many believe that OT stands for "Other Things", though this is a region-specific term not even Google can confirm. If chyawanprash, the herb-heavy panacea that generations of Indians have grown up loving (or hating), were a beverage, it would be OT with a generous dash of pepper. A staple of Kodava households during winter, Hemant's guests find it a perfect counter to the chill of Bengaluru's recent showers.

Hemant's guests -- consultants, writers and a professor, from Delhi, Kolkata and Patna -- have been brought together by the promise of "authentic Coorg cuisine" they found through Authenticook.

A Mumbai-based start-up, Authenticook connects home chefs with diners who pay to experience regional cuisine beyond the formal setting of restaurants.

In Mumbai, Munaf Kapadia has been inviting diners to fuel up on his mother Nafisa's Bohri cooking for three years.

"When we started The Bohri Kitchen it was just for fun. I was happy to have eight people come for lunch and pay for it," says Kapadia.

He introduces himself as the guy who quit Google to sell samosas. (The samosas in question are filled with smoked mutton kheema.)

With 20-25 people every weekend at their home, the Kapadia table has emerged as one of India's most talked-about home-dining experiences.

But is there really a market for food beyond the convenient, deal-laden delivery services like Zomato and Swiggy, which have revolutionised the ordering-in business?

Or, for that matter, can one push effectively at the boundaries of the eating-out experience, made increasingly sophisticated at the countless restaurants that continue to spring up, each more posh and niche than the next?

Judging from the food fans who continue to sign up for food walking tours -- in Old Delhi during Ramzan in quest of nihari, say, or the perfect idlis in Chennai's Mylapore -- or even food holidays, such as in Kerala, the lure of "authentic food" has been gathering steam.

As Sid Khullar, whose Chef at Large blog reportedly reaches 20 million foodies, says, "We are a sentimental lot in this country who love ghar ka khaana."

Some cuisines are also simply not available at restaurants, adding a cachet of exclusivity to the home-chef experience.

"Given the kind of diversity that exists in India, food is a brilliant proxy. But restaurants are not serving that," says Ameya Deshpande, a former investment banker and co-founder of Authenticook along with Priyanka Deshpande and Aneesh Dhairyawan.

"We have around nine cuisines from Maharashtra alone being prepared by our home chefs," he says.

"Apart from the passion that drives me to host people, I also make good money out of it. Authenticook takes 25-30 per cent commission and the rest comes to me," says the 60-year-old.

Since going live in late 2015, Authenticook now has some 170 registered home chefs in 16 cities, including Jaipur, Amritsar and Lucknow.

From Rajputana cuisine in Mumbai to a Palakkad platter in Pune offering podi idli and crisp adai and a Kashmiri Pandit lunch comprising chaman qaliyan and chicken yakhni to a Koli brunch, the spread is impressive.

Such home-dining experiences, believes entrepreneur Stephanie Lawrence, "provide a unique setting that allows people to taste home-cooked cuisine and recipes passed down through generations while making personal connections with local people and their culture."

Lawrence is co-founder of Traveling Spoon, a San Francisco-based portal that connects home-chefs and diners across the globe.

For both Authenticook and Traveling Spoon, personal experiences have shaped their companies.

When Dhairyawan and the two Deshpandes travelled to Ladakh in 2014 they found it difficult to find local food. Most restaurants served only the globally ubiquitous and eminently forgettable sandwiches, burgers and pizzas.

Similarly, Lawrence had her epiphany when travelling in China. She wanted to meet a "Chinese grandmother who would teach me to make her family dumpling recipe" but failed.

For her co-founder Aashi Vel, a trip to Mexico made her realise she wanted something more than the "overcrowded tourist traps" and actually share a meal with the women she saw cooking through their kitchen windows.

With over 100 home chefs in India, Traveling Spoon now offers "experiences", often three-hour-long, which take in everything from gathering food for traditional cuisines to cooking a meal and, of course, eating it.

Since they started in 2013, they now operate in 30-plus countries. Authenticook has organised 550 meals with around 3,800 diner seats sold. Depending on the spread, meals cost between ₹500 and ₹1,500 per head.

For Traveling Spoon, the average price point globally for a meal and the cooking experience is $60 (about ₹3,900) per person.

In a competitive market which has already seen ZuperMeal and Yumist shut shop (both delivered home-cooked food), it's anyone's guess if this trend will actually take off.

"Globally, wherever this model has been successful, it has been where certain apps and aggregators have brought home chefs together," says Anil Kumar, chief executive officer of RedSeer Consulting. "We haven't seen a sizeable marketplace model for this in the Indian food tech space as of now. Only a few niche-speciality cuisine restaurants are doing well. Almost 80 to 90 per cent of our food chain is made up of restaurants offering a mix of North and South Indian food, alongside pizzas and Chinese cuisine."

"There will be a market for an idea like Authenticook until the novelty wears off," says blogger Khullar. "A drawback for an idea like this is that we expect consistency in the product but home cooks usually do not understand the notion of cooking the same thing in a portion-controlled manner."

Analysts like Kumar also point out that, compared to India, the average number of meals a customer in Western countries eats outside home is fairly high.

But food consumption habits in India still swing towards eating in one's own home, he adds.

But it is precisely this proclivity towards home food that can be turned to good account -- in somebody's else's home.

Those who have jumped into the untapped market have reason to be hopeful: India is among the top five markets for Traveling Spoon, says Lawrence.

Authenticook's Ameya Deshpande also confirms that the platform has a 50 per cent return-customer base.

Fear of the unknown is a deterrent: How does one open one's doors to perfect strangers?

Obversely, how does one walk into a stranger's house and not feel awkward?

Traveling Spoon and Authenticook do the vetting on behalf of their hosts and diners.

"We vet 100 per cent of our hosts. This means that we accept hosts after they pass an online interview and an in-person trial experience," says Lawrence.

Early in The Bohri Kitchen's journey, Kapadia introduced what he calls the "no serial killer policy". This is a background check of sorts for potential diners.

Unlike at a restaurant, one can't just walk in for a meal: a seat has to be requested in advance.

Besides building a diner-profile on the website while registering for meals, pre-booking meals are just one of the diner-vetting parameters. The whole system, says Deshpande, relies on checks and balances.

"We may not do a 'know your customer' for diners, but since there are no cash deals, whatever credit, debit or internet banking platform they use to pay for the meals has already vetted them," he says.

Besides, since the meals are relatively expensive, only those who are seriously enthusiastic about food go ahead with these meals.

Krishnakant Mishra, a freelance filmmaker who has been to over 10 Authenticook meals, says, "There are background checks and even minor details are communicated by the website, like if you have to leave your shoes outside the house, much before the event takes place."

French epicure Jean Anthelme Brillat-Savarin is said to have declared, "Tell me what you eat and I will tell you what you are", a statement very nearly as famous as the Cartesian dictum.

Essentially, food is culture. As guests at such dining experiences have realised.

Further, it's about experiencing a culture first hand. For instance, when Vel asked her host in Bali why they weren't plucking the second ripe papaya they spot while ingredient-gathering, he replied, "In Bali, we don't take more than we need."

The second papaya was left for monkeys and birds.

Similarly, when a lady at Hemant's lunch coyly asked for another serving of gooseberry wine, her glass was generously refilled along with the information that Kodava  women drink quite as much as men.

Across Bengaluru, another such home-dining experience plays out in a house designed by the diwan of Mysuru in the 1920s.

Here, Suma Vishwanath and Soumya Shankar, a mother-in-law and daughter-in-law duo, welcome their guests with cool buttermilk and a game of chowka bhara, a board game mentioned in the Mahabharata. Over the 15 lunches they've served with Authenticook, the star remains the shyavige, a coconut milk- and jaggery-based sweet.

As Kapadia says, "No other country has the diversity that we do when it comes to traditional cultural cuisines. And this is truly available only in our homes."

And, as home chefs step forward with recipes handed down over generations and stories to accompany them, our dining experiences will continue to evolve.

There may be surprises too, like finding that Hemant also stocks guava jam and a variety of pickles, from chicken and fish to brinjal.

All homemade, all culinary mementoes of a newly discovered culture, all memories of a meal well-spent. 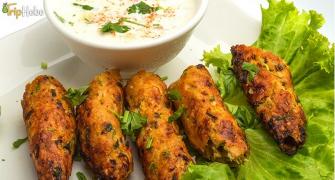 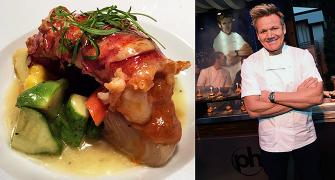 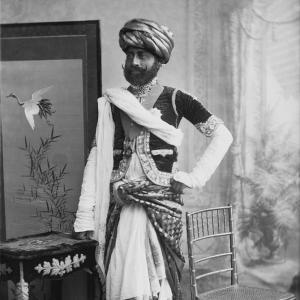 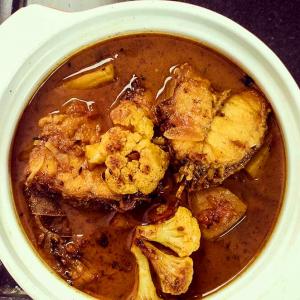