This trendsetter and master chef, who was a great inspiration and a culinary magician to many aspiring chefs, is 70 years old and still going strong.

Gitanjali Gurbaxani pays a tribute to the chef who was way ahead of his times. 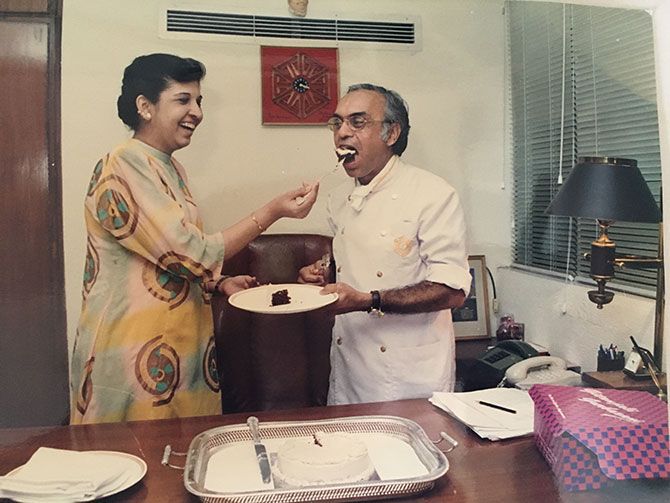 Image: An old photo of the author with chef Satish Arora taken in 1995 in his chambers at the Taj Mahal Palace & Towers, Mumbai.

After whipping up legendary delicacies for almost five decades with the Taj group of hotels, chef Satish Arora finally hung up his apron last Thursday (March 31, 2016).

He stepped down as the director, Food Production, Taj SATS where he worked for 16 years, after he moved on from the Taj Mahal Palace and Towers, Mumbai, where he scaled new heights at the age of 26, when he was appointed as the youngest executive chef in 1970.

He is a trendsetter, who took the property's gourmet business to new heights with his new responsibility.

Under the guidance of Camellia Panjabi, the then vice president of the Indian Hotels, he introduced Sichuan cooking at the Golden Dragon. This was after experimenting with it in Hong Kong and China, first in the early 1970s and subsequently taking 15 chefs to China to learn the finer nuances of cuisine from this region.

And thus was born India's first Sichuan restaurant in Mumbai.

The delicate flavours, the fried techniques and moist but gravy-less dishes of Sichuan cuisine suddenly had won over the palate of diners residing in the city and visiting Mumbai.

The five star hotels in the 1970s had a stagnant menu in the coffee shops that comprised club sandwiches, and fried fish with chips and tartar sauce.

I have been visiting this property since the mid-1970s almost every week, and at times even more often. When it comes to eating, children are honest and judgmental at what works.

Chef Satish Arora introduced the 'Chicken Tikka Sandwich' at the Shamiana in the late 1970s, when people were unwilling to think out-of-the-box.

I was pretty enamoured with the fusion cuisine that he created and it did remarkably well with the Taj loyalists. A chicken sandwich without the use of the monotonous mayonnaise was finally here to stay. Yes, the 'Chicken Tikka Sandwich', which has today garnered an international repute, was created and introduced to the global palate by this master chef.

He also invented and popularised the 'spicy mutton burger', another classic at the Shamiana and now at the high tea at the 'Sea Lounge.'

The 'Mongolian Barbeque' in the open air Shamiana post sunset was a hit with tourists and locals under his leadership in the 80s. He also introduced Mumbaiites to 'Smoky Dal' at the Tanjore.

We often had interactive sessions at my penthouse apartment with my parents Dr Dolly and late Dr Govind Gurbaxani, where we would talk of creating experimental gourmet cocktail dishes for the rich and the famous, as ours is a family of gourmands who are widely travelled.

One such experience was that of serving a coin-size Sindhi 'salt and black pepper Koki' paired with carrot and mustard pickle known as 'Sandhyal Gajar' at a banquet for Prince Charles and his delegate held the Buckingham Palace in the mid-1980s, that got him a lot of appreciation.

He even took up a challenge to stir up vegetarian dishes moduled on non-vegetarian fares as over 40 percent Indians and many billionaires are vegetarians.

One of the favourite dishes is the 'Cannelloni a la Arora' that he created for my parents' silver anniversary at the Taj Mahal Palace & Towers. This had a creamy cottage cheese filling with tender bits of pineapple that had a delicate flavour, and were baked in a creamy white sauce to perfection. Image: The chef with the author's parents on their silver anniversary at the Taj.

Chef Satish Arora has been my inspiration ever since I met him at the tender age of four. He is an icon to many chefs, including me.

I was privileged to train under him over two-and-a-half decades ago. He created an impression that influenced our minds and palates.

Quite recently, he was the first Indian to receive an international lifetime award by the Curry Club of UK, London.

This man played harmony with his food, where guests would savour the taste imparted by the delicacies by this legend.

He has taught us at the Taj that we must never forget our sense of humanity. Image: A recent pic of the chef with the author.

Very seldom do we come across people who are truly humble, blessed with great talent and thorough professionals. The food and beverage industry needs more people like him.

I wish him all the very best for all his future endeavours.

He will always remain the beacon of the Indian hospitality industry.

The culinary journey at the Taj may not be the same without this gem of a human being, who has been a great inspiration and a culinary magician to many of us aspiring chefs. He leaves behind a culinary legacy.

Gitanjali Gurbaxani is a well-known author and food consultant. 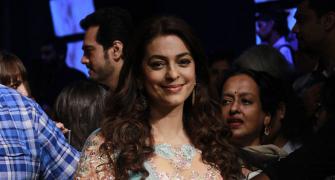 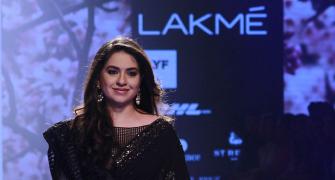 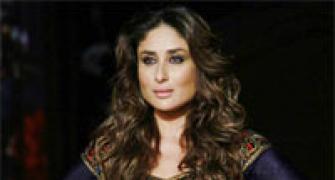 Kareena Kapoor smoulders on the runway 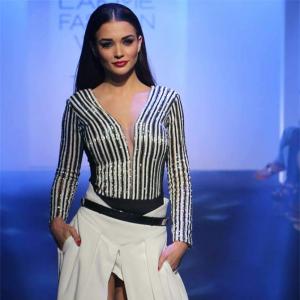 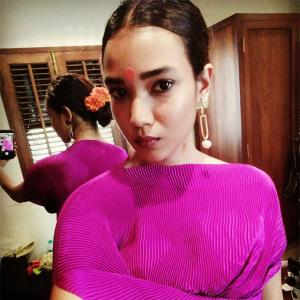