News
Business
Movies
Sports
Cricket
Get Ahead
Money Tips
Shopping
Sign in  |  Create a Rediffmail account
Rediff.com  » Getahead » Do you suffer from CFS?

Do you suffer from CFS?

Chronic fatigue syndrome may have its origin in your gut, says Nikita Puri.
Illustration: Uttam Ghosh/Rediff.com 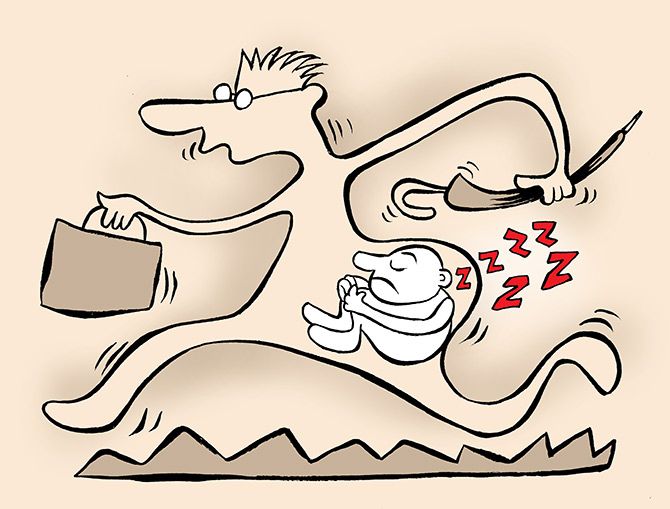 For a long time, the origins and causes of Chronic Fatigue Syndrome have been shrouded in uncertainties, and a cursory search on the web for CFS promptly suggests that the condition may be psychological.

With no known triggers and a lengthy process of diagnosis, the condition which causes debilitating fatigue was until now rather mystified.

But researchers at Cornell University have now identified biological markers of the disease in bacteria present in the gut.

In a study recently published in the journal Microbiome, the team describes how they diagnosed myalgic encephalomyeletis/CFS in 83 per cent of patients in the study through stool samples and blood work.

The study thus paves the path for a non-invasive diagnosis and a step towards understanding the cause of the disease.

'Our work demonstrates that gut bacterial microbiome (micro-organisms) in CFS patients is not normal, perhaps leading to gastrointestinal and inflammatory symptoms in victims,' says Maureen Hanson, the paper's senior author.

'Furthermore, our detection of (this) biological abnormality provides further evidence against the ridiculous concept that the disease is psychological in origin.'

CFS is usually characterised by a diagnosis of exclusion, explains Hyderabad-based Srirang Akbari, consultant, Internal Medicine, Aware Global Hospitals. "Since many CFS symptoms are shared by other conditions, clinical tests are done to first rule out cases of anaemia, thyroid conditions, vitamin deficiencies etc. Very often people move from one hospital to another because they don't have the correct diagnosis," he says.;

In many cases, flu-like symptoms are often followed by a perpetual feeling of extreme fatigue, joint aches, body pain, headaches, gut problems, difficulty in concentrating and, in some cases, even mood swings and depression.

CFS patients have also reported gastrointestinal symptoms including irritable bowel syndrome. A gut 'leaky' from intestinal problems could also allow bacteria to enter the blood stream which could further trigger an immune response in the body, thus worsening CFS symptoms, adds the study.

Though there's no concrete data mapping how many suffer from CFS in India, doctors across the country agree it's a condition that ails a 'significant' per cent of the population.

"A large number of these cases just go undiagnosed," shares Akbari, adding how it takes a period of at least six months for symptoms to qualify for CFS.

"The condition persists across age groups, we've seen a lot of young students also presenting CFS symptoms. Imagine waking up after a good night's sleep and not feeling fresh; those with CFS are just unable to go about with their daily activities," says Akbari.

The Cornell research, explains Akbari, suggests that the "balance between good and bad bacteria actually changes with CFS. Given the findings of the research, a change in diet and use of probiotics can definitely help patients with CFS."

In a pilot study done earlier at the Benson-Henry Institute at the Massachusetts General Hospital, researchers had found that meditation could have a significant impact on the gut and specifically prove useful to those ailing from gastrointestinal disorders.

"I am not sure of whether mediation can directly affect the gut, but meditation definitely addresses a lot of CFS symptoms, like depression for instance. Your body's reaction to the symptoms will change with mediation," says Akbari.

Since researchers are still unclear whether the altered gut microbiome is a cause or consequence of the disease, the Cornell team aims to look for evidence of viruses and fungi in the gut to see if one of these may also be causing or contributing to the illness.

"Right now we are targeting the symptoms and this might still be a more superficial approach. The next step after this research should be to conclusively and clinically show that a healthier gut resolves chronic fatigue syndrome," says Akbari. 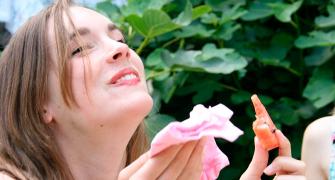 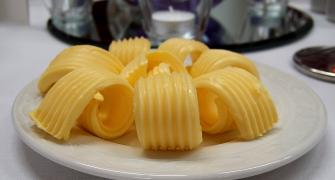 Be careful how you cook, what you eat at home! 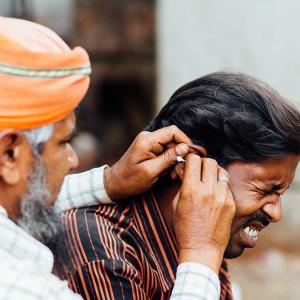 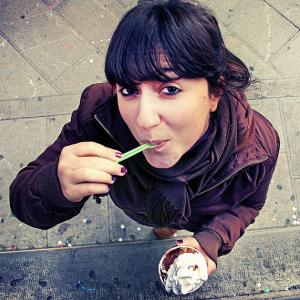 Avoid these 7 foods at work