Wow! It's raining job offers at the IITs this year

A total of 211 companies issued 763 offers to the students in the first phase which is the highest number of placement among any IITs across the country in this year.

The Indian Institute of Technology-Madras (IIT-Madras) overtook the IIT-Bombay in placements during the first phase of recruitment this year, with 652 students getting placed.

The IIT-M management said branding efforts by the management, industry-academia relationships through its research park and strategic efforts were the some of the key drivers of recruitment this year.

Core and research and development (R&D) sectors saw the most, with 88 companies giving 343 offers.

Two FMCG companies made five offers during the period.

This is said to be the highest number of placement among the IITs during this year.

Branding efforts by the management, industry-academia relationships through the IIT's research park and strategic efforts by the board of governors to improve the quality of students, faculty and research helped achieve this, according to the officials at the institute.

The institute has completed a second consecutive year as the top ranked engineering institution in the country, according to the National Institutional Ranking Framework (NIRF).

IIT-Madras has also emerged as the second-best institute in the country, under the overall category introduced this year.

The ranking, too, helped in making an impact on the recruiters.

"IIT-Madras has been putting sincere efforts to improve its placement," said Pawan Goenka, chairman of board of governors, IIT-Madras.

"There was a disadvantage IIT-Madras had in terms of location till a few years ago and the placement officers have been working to position the IIT in front of key recruiters. This has worked well. In the past two to three years, many companies that didn't use to come to IIT-M are coming. The credit goes to the director and the placement officer. I am quite impressed with the kind of work they have been doing."

An incubation centre at IIT-M for entrepreneurs and brand creation through public relations got many companies to the campus.

"In India, generally the linkages of corporate with institutes of eminence is still not strong. IIT-M has been doing it for the last few years, but there is still room to grow," he added.

The vision is to make IIT-Madras one of the top institutions in the world in R&D.

The institute wants to be in top 50 institutes globally, which would mean it would have to excel in multiple aspects.

This year, the institute has been focusing on postgraduates during placements.

"Slowly the companies, particularly the ones who have R&D centres in India, many of them MNCs, are getting more aware. Now we are seeing a good pickup in PG students."

Going forward, the institute is expecting internships to gain more importance than placement.

It has already created an internship cell to handle the requirements. Manu Santhanam, placement advisor, said while earlier, companies centered in Mumbai or such places would focus only on one or two IITs near them, now they were looking at other IITs, too.

"One of the primary reason we have a good rapport with industry is that we have the IIT-Madras Research Park, where a lot of industries set up research.

"We have been ranked the top at the NIRF for the last two years and that probably has brought in better visibility.

"That was something we could claim helped us," he added.

Many of its faculties have consulting projects with companies.

This is another route for the IIT to reach out to industry.

Another interesting trend IIT-M saw was the interest shown by companies to recruit PhD students.

Companies that had come to the campus with no plans to hire PhD students hired them after landing here. Nearly 25 per cent of the PhD students who were registered got placed, a first.

"I think the placement run will continue, unless there is any big global change in hiring. It is not a big change compared to earlier year, it is an improvement.

"We don't see any reason why this won't continue," added Ramamurthi. 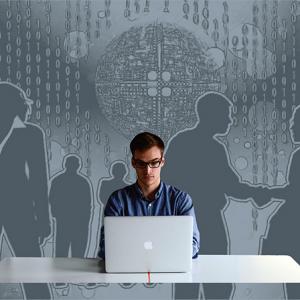