My worst mistake as an entrepreneur

"The hangover is gone and you have 12 missed calls from your mother.

"Besides, you forgot to plug the phone to the charger before dozing off.

"There is no end to the debate of whose fault it is. What matters is that the change is happening and you must deal with it."

My mentor taught me to be hard on the issues and soft on the people.

Even after 15 years, I am still learning to do so. It is easier said than done. The first time I understood the advice was in 2001.

My first company, started after college, underwent a face-saving acquisition after the dot-com bubble burst.

During that time, I was brash and arrogant with my co-founders and colleagues.

I was mean and harsh with people who bet some of the best years of their lives on me and my start-up.

I damaged relationships with my team and lost credibility with the acquiring company.

It has taken me over a decade to partially repair both. I count my blessings when I am able to have a drink with them and share a laugh as I look back at the mistake.

It was the first time I made the mistake, but certainly not the last.

I have made different versions of the mistake since then and might make newer versions in the future.

Although each one makes me a better person, it seems there is a long way to go.

My worst mistake as an entrepreneur is being hard on people.

The only thing that is constant in a start-up is change.

Eric Ries, author of The Lean start-up, defines start-up as "a human institution designed to deliver a new product or service under conditions of extreme uncertainty".

Humans have a natural tendency to resist change. In times of uncertainty, when I do not know what happens next, my instinct is to expect the worst outcome for me.

I am not alone in being adorned with this instinct.

It has taken me years of careful re-wiring of the brain to replace the fear of uncertainty with a sense of adventure, the fear of losing with the opportunity to win bigger. And yet the fear is there, buried deep.

In times of adversity, this fear seems to get triggered through human interactions.

External events do not have nearly the same lasting impact as the resulting reactions of other people to them, especially people who we count on or those who count on us.

In 1999, we had started the company with certain hopes and dreams, our own version of "complete world dominance", "changing the way …," and "making a dent in the universe".

The exuberance of the Internet bubble gave us the ticket to think that way. We were rewarded by the investors and media to be expansive and audacious.

When the dot-com bubble burst with hundreds of loss-making public Internet companies losing their value on Nasdaq stock tickers for everyone to watch, things changed.

Start-ups reacted with the usual merge with a competitor, pivot from B2C to B2B, downsize and focus on profits, raise down-rounds from existing investors or recapitalise the company value.

For those in the start-ups, this meant dealing with tremendous personal change, while at the same time waking up to the old reality in a disillusioned state.

My team members were dealing with having to move from Powai to Bengaluru, while the founders were travelling to the Silicon Valley headquarters to integrate the acquisition.

It did not help that the acquirer was itself going through a business and management transition at the time.

As a young and stupid entrepreneur, instead of looking at the world from the eyes of my team members, I fiercely expected each of them to look at the world exactly the way I was looking at it.

I did not spend time listening to the team, having a conversation with them about the changes and uncertainties, or engaging with them with the same level of passion as when I was pitching for them to join the company.

At some point, one of them alleged that the founders had forgotten about them and fled to Silicon Valley. He thought the founders were busy striking great personal deals for themselves while shortchanging the employees back home.

The more I took it personally and started barking orders back at them over Yahoo! messenger (data calls did not work and international calls were expensive!), the more the team members believed the allegations.

They realised that they were on their own now.

The Indian start-up ecosystem is going through a transition with uncertain depth and length.

Only a few went through the dot-com bubble burst in 2000, and a few more felt the effects of the 2008 financial crisis on tech start-ups.

A much larger number of start-ups, entrepreneurs, employees, contractors, and suppliers are going through the current period of change.

The future of tech start-ups in India is looking up, but the future of each individual start-up is extremely uncertain.

We have been through some heady days in the last 18 to 24 months, and my personal interaction with entrepreneurs makes me believe that we are entering a period of disillusionment.

The hangover is gone and you have 12 missed calls from your mother. Besides, you forgot to plug the phone to the charger before dozing off.

Those involved with start-ups have reason to fear that s**t is going to hit the ceiling because it likely will.

There is no end to the debate of whose fault it is. What matters is that the change is happening and you must deal with it.

In my experience, being hard on people seems to make matters worse. Reserving all the energy to be hard on the issue might lead to a solution.

If it does, you can all hug each other that you got there together.

If it does not, you can all hug each other a few years from now that you did not implode in the face of adversity and can still work together.

It is easier said than done. Be hard on the issues and soft on the people. 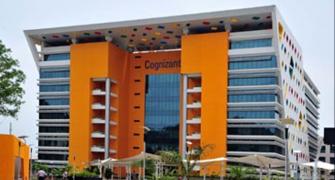 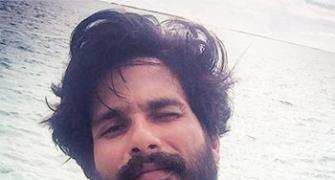 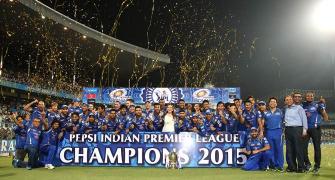 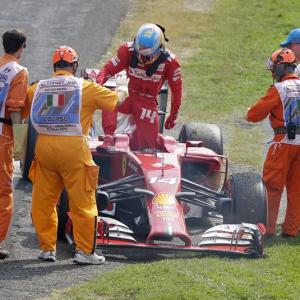 Life lessons I learned from Formula 1 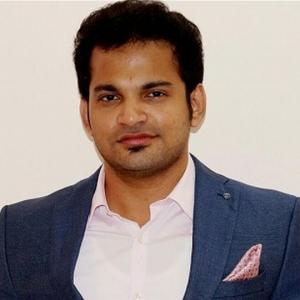