It is the first time that the JMI has been placed among the top 10 universities in the (HRD) Ministry's National Institutional Ranking Framework rankings. 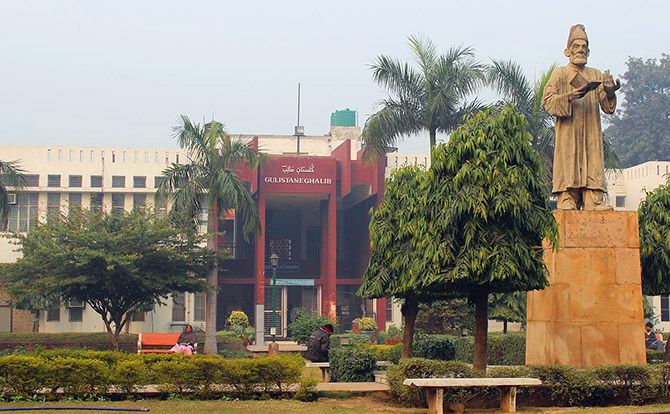 IMAGE: View of Gulistan-e-Ghalib at Jamia Milia Islamia, New Delhi. The university has made it to the top 10 universities in India as per HRD Ministry's NIRF rankings released Thursday. Photograph: Nomu420/Wikimedia Commons

The Jamia Millia Islamia (JMI), which was one of the main centres of the anti-CAA protests in the national capital, and the Jawaharlal Nehru University (JNU), which witnessed protests over a fee hike, are among the top 10 universities in the country, according to the NIRF rankings released by the HRD Ministry on Thursday.

Meanwhile, the Delhi University (DU) marginally improved its ranking among the universities and in the "Overall" category. However, it is behind the JMI in both categories.

The Human Resource Development (HRD) Ministry's National Institutional Ranking Framework (NIRF) announced the rankings on Thursday. The annual rankings are usually announced in April but had to be postponed due to the COVID-19 pandemic.

The Jamia Millia Islamia University had become the epicentre of protests against the Citizenship (Amendment) Act (CAA) after police barged into the campus and allegedly attacked students studying inside the library on December 15 last year.

The police have said they entered the campus to look for outsiders involved in violence during the protests, a few metres away from the university.

The JNU witnessed protests over a hostel fee hike for over two months with the students boycotting classes and exams. The university also witnessed violence on January 5 when unidentified persons, wearing masks and armed with rods, sledgehammers and sticks, attacked students and teachers inside the campus.

It is the first time that the JMI has been placed among the top 10 universities in the NIRF rankings, the institute said.

It has been given the 10th rank in the country in the "Universities" category. Last year, it was ranked 12th.

JMI vice-chancellor professor Najma Akhtar said, "The achievement is all the more significant because of the challenging times the university has faced recently and also in the light of increased competition in the ranking."

She said the achievement was possible because of the relevant and focussed research of highest quality and teaching by the dedicated and devoted faculty members.

Akhtar also attributed the achievement to the improved perception about the university with regard to teaching, placements, research etc. and hoped to do better in the coming years.

The JNU slipped by a slot as it was ranked eighth in the overall rankings. Last year, the university had grabbed the seventh spot. It is ranked second in the ranking among universities.

"Again JNU is number one among central universities in NIRF 2020 rankings and is next only to IISc.

"We consistently maintained this rank during the last four years -- since 2017 to 2020. Credit goes to all the faculty, staff and students who worked hard to achieve this. We are proud of them and JNU will continue to support them in every possible manner. We will not let obstacles prevent us in our journey towards achieving excellence and contribute to the progress of our country," a statement from university VC M Jagadesh Kumar said.

The DU, which was ranked 13th last year, rose to the 11th position this year in the university rankings. In 2018, it was ranked seventh in this category.

Its overall ranking also saw an improvement from last year as it was ranked 18th this year as opposed to the 20th rank last year. In 2018, it had bagged the 14th rank.

Five DU colleges were among the top 10 colleges in the rankings with Miranda House bagging the top honours for the fourth consecutive time, followed by Lady Shri Ram and Hindu College.

The Delhi Technological University was at the 45th position while Guru Gobind Singh Indraprastha University bagged the 95th rank in the rankings among university.

In the pharmacy category, the top institute was Jamia Hamdard in Delhi while the Maulana Azad Institute of Dental Sciences bagged the honours in the dental domain, introduced for the first time this year.

The ranking framework evaluates institutions on five broad generic groups of parameters -- teaching, learning and resources (TLR), research and professional practice (RP), graduation outcomes (GO), outreach and inclusivity (OI) and perception (PR). The ranks are given on the basis of the total sum of marks assigned for each of these five broad groups of parameters.

A total of 3,771 unique institutions had offered themselves for the "Overall", category-specific or domain-specific rankings for the India Rankings 2020. 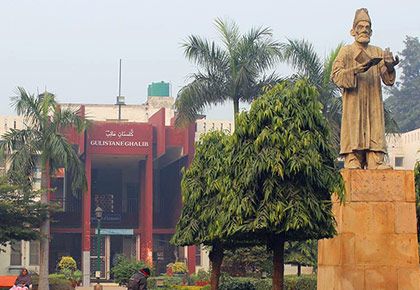 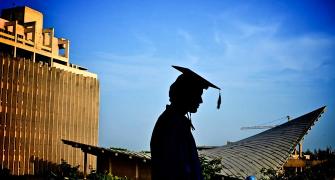 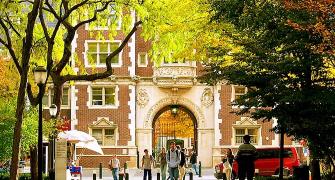