News
Business
Movies
Sports
Cricket
Get Ahead
Money Tips
Shopping
Sign in  |  Create a Rediffmail account
Rediff.com  » Getahead » 'Women want a man with a sense of humour, but refuse to see the funny side when they show it...'

'Women want a man with a sense of humour, but refuse to see the funny side when they show it...' 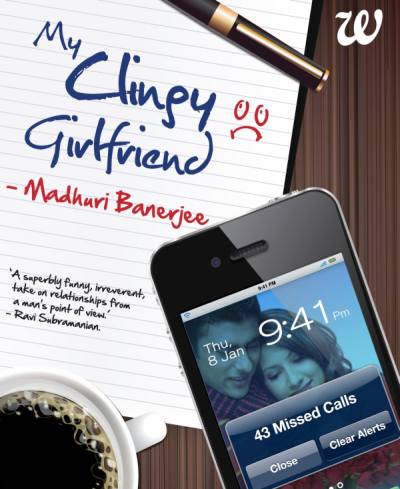 What should a man do when he is trapped in a difficult relationship and is unable to get out of it?

He should read Madhuri Banerjee's My Clingy Girlfriend.

Banerjee, who also wrote Bollywood film Hate Story 2 and has five more novels to her credit -- Advantage Love, Losing My Virginity And Other Dumb Ideas, Scandalous Housewives, Mistakes Like Love and Sex and Girls Night Out: Losing My Virginity, Nick of Time... -- deals with a simple Bengali boy in Mumbai who copes, mopes and hopes to find logic and reasoning with his clingy girlfriend in her latest.

When I woke up this morning, Radha was already up and sitting in a corner with a cup of tea. She refused to talk to me. When I asked her what was wrong, she said, 'Nothing.' So I continued to read the paper and quickly finished my cereal. She refused to make me eggs and toast this morning, choosing instead to give me a dirty glare.

I asked her again what was wrong and this time she said, 'You should know!' How would I know? I just woke up. And going by last night's hectic activity, I would have thought my stupendous stamina would have satisfied her for at least twenty-four hours.

While I was riding to Resort hotel, I could feel my phone vibrating furiously in my pocket. By the time I reached, I saw that Radha had sent me seventy-five messages explaining why she hadn't wanted to say anything in the morning. God, that woman can type a whole lot of shit. If you're going to say 'Nothing', then you should bloody well shut up after that. But she continued with how I was an insensitive knob who didn't care about how she felt and had gone off without even checking if she was okay. Um, hello! Didn't I say, 'I would have loved to have your eggs this morning,' before I left? That's supposed to mean I love you!

Seriously, women are from another planet. We just put up with them for sex. So, anyway, I called Radha to ask what had happened and she said, 'I had a dream about you with another woman and it freaked me out.' Fact: most women at some point in their lives have had a dream about their man with another woman and then gotten angry about it. They will then be pissed off the entire day, and not speak to the man or will scream at him for a small little thing that they would generally ignore.

Like, 'You've left your wet towel on the bed again? I cannot live with this shit anymore. I can't believe you're so insensitive to my feelings. You don't see me as a person at all. No wonder you're willing to cheat on me.' And really, it won't even be about your towel. And the man will have no idea where that came from. Dreams, my friend. Beware of them.

Women are always insecure about their man going after another girl. And it's actually just that which drives us to the other woman. If a woman were confident of herself and trusted the man, she would know that he chose her because he thinks she's the one he wants to be with. Instead, she'll have dreams and become suspicious.

I assured Radha very quickly that it would never happen (in dreams and in real life as well) and I was devoted to her. But before I could hang up she started howling and I had to calm her down. Where are the bloody girl friends to look after your woman when you need them, I say? She is supposed to talk to her friends about this stuff.

I took a deep breath and asked her, 'Why would I go with anyone else when I have the most beautiful creature with me?' She said, 'In my dream, you wanted to sleep with someone thinner and had begun flirting with Kiran and then ended up in bed.' She continued to cry.

Now excuse me for taking a moment to picture this myself, and get a hop. I haven't been with another woman for two years now, and this fantasy had never crossed my mind until she planted it! Though I wouldn't be surprised if Kiran had had that fantasy of me. I've seen her looking at me several times. I know my intellectual manliness is a big turn on for the ladies. 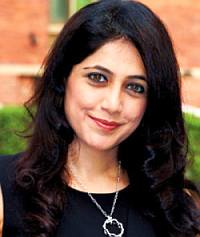 The first session lasted a little longer than usual because everyone had made high-flying power point presentations (called decks) that lasted over the five-minute timeline given just to show what great dudes they were at it. They'd added videos and many semi-nude photos of Bollywood heroines that kept Tweedledee and Tweedledum on the slides even longer. So, the tea break came a whole two hours later instead of just one.

I quickly ran out to call Radha as she had given me forty-five missed calls by then. She answered after half a ring. 'I was going to call the police!' 'I'm so sorry, baby,' I said apologizing immediately so we wouldn't waste any time on why I was supposed to be sorry. 'WHO THE HELL WERE YOU SLEEPING WITH?' she screamed back at me. I tried to explain to her that the session took longer than usual but she wouldn't listen.

She asked again, who I was in bed with, and I was tempted to say Kiran but then stopped myself. My super-brain realized fast enough that it would lead to more trouble if I were sarcastic rather than continuously apologetic. 'Did you know I was feeling insecure?' 'Yes, baby.' 'Did you know I wanted to talk to you?

'Yes, baby.' Men need to sound like a broken record for women to forgive them. Any logic, arguments or questioning back could result in broken bones for the man. 'Did you know I needed reassurance?' 'Yes, baby.' 'Then why didn't you call when you said you would? Tell me the truth.'

I felt like I was on an interrogation stand, and honestly, I wanted to yell back Colonel Jessup's line from the film A Few Good Men. 'You can't handle the truth!' I wanted to say. 'You don't want the truth because deep down in places you don't talk about at parties, you want me on that wall, you need me on that wall.' Same tone. I thought I could pull it off.

Radha would kill me if I made a joke now, though. Women want a man with a sense of humour, but refuse to see the funny side when they show it.

Excerpted with kind permission of the publisher Westland 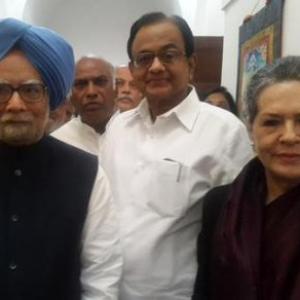 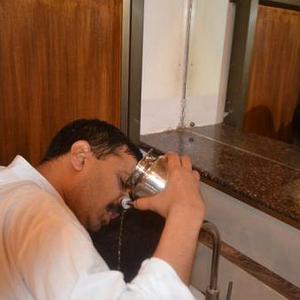