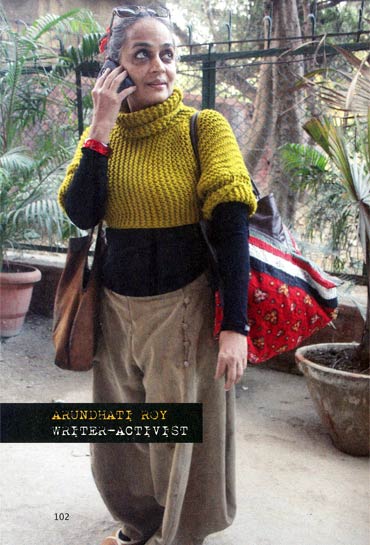 The Delhi Walla -- Portraits is the fourth and final volume in a series of books that brings together the best of writer-photographer Mayank Austen Soofi's blog The Delhi Walla.

Since 2007, Soofi's online musings and pictures have covered the many aspects of life in the Capital in a series of rich and myriad offerings.

Here we bring you an excerpt from Portraits, of the author's chance encounter with writer-activist Arundhati Roy:

The alleged seditionist's leisurely amble showed an eloquent contempt for the honourable court.

One evening, I spotted my most beloved Delhiite -- author Arundhati Roy -- in Hauz Khas village. She was walking down an alley wearing camel-coloured leather slip-on shoes. Her hair -- a flamboyant mix of grey and black -- was neatly pulled back and knotted with an orange scrunchie. She was carrying a floral red tote bag with leather handles; the other arm had a brown suede handbag, and a bright red Plexiglas bangle. Like everything about Roy, her corduroy trousers had a twist. They weren't harem pants nor dhoti pants, but had wide legs, and were buttoned at the side rather than at the front.

Roy was strolling as if she had not a care in the world. A few days before, her essay on the issue of Kashmir's freedom had led to her being threatened by the Delhi Police with charges under Section 124A (sedition), 153A (promoting enmity between classes), 153B (imputations, assertions that are prejudicial to national integration), 504 (insult intended to provoke breach of peace) and 505 (false statement, rumour circulated with intent to cause mutiny or offence against public peace). These charges are non-bailable.

The alleged seditionist's leisurely amble through a bohemian neighbourhood showed an eloquent contempt for the honourable court.

Roy was talking on her cell phone and looking around as if to trace an address. I was standing near a second-hand bookstore. Soon, the author of The God of Small Things came very close to me. Then, she turned into a lane and vanished. Like a daydream.

Another afternoon, I saw my most beloved Delhiite -- author Arundhati Roy -- browsing at the Book Shop, Jor Bagh.

Roy was looking -- as she always does -- beautiful. Her gaze was kind. A mischievous smile was playing on her thin lips. But her eyes were searching for something elusive. It was definitely not on the bookshelves.

From such close proximity, Roy did not seem very tall and yet her presence was towering.

No tiny diamond was gleaming in her nostril. Her arms were folded and there was a bag slung over her left shoulder. Two necklaces were grazing her absurdly beautiful collarbones.

Roy's hair was still wild, as it used to be when her novel, The God of Small Things, was first published in 1997. But now, when she was rumoured to be working on a new novel, it was streaked with grey. Her eyes had dark shadows beneath them. Roy had never looked so beautiful on book jackets and magazine covers. After what seemed to be a lifetime, she came very close to The Delhi Walla, looked at him, looked away and went out. Like a jazz tune.

Excerpted from The Delhi Walla -- Portraits (Rs 199) by Mayank Austen Soofi and published by HarperCollins with the permission of the author. 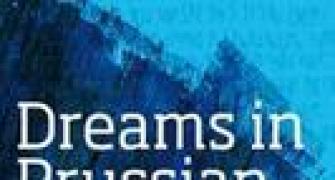 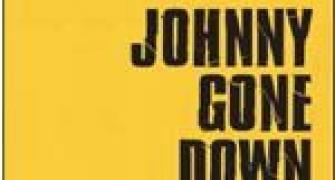 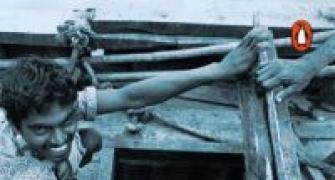 Excerpt: On swallowing a live fish 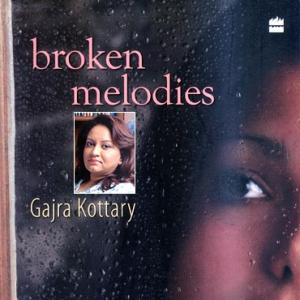 I am not a superwoman: Author Gajra Kottary