Avantika Bhuyan details all that you need to know about our famously diverse roads and routes before you get going. 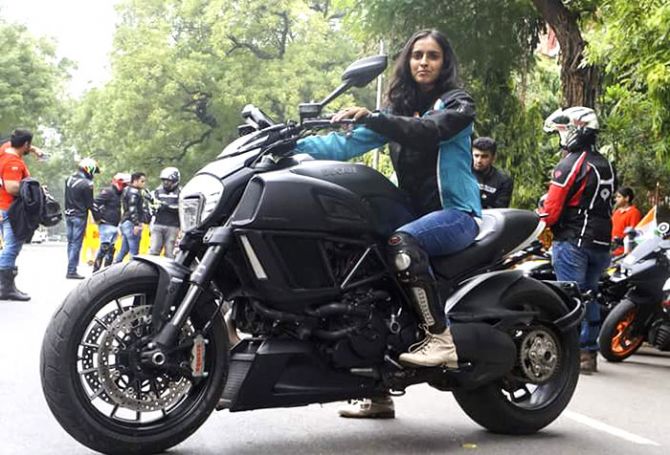 You've got the bike -- a superbike -- and you're raring to roar through the desert swathes of Rajasthan, or along the coast of the Konkan, or in and out of peninsular India, or... But hold your horsepower.

There're things you need to know about our famously diverse roads and routes before you get going.

The lack of technical assistance on major routes that deterred most superbikers from venturing out on long rides is now a thing of the past.

Over the last five to six years, biking clubs across the country have sprung up that organise tours to far-flung areas for groups that want to enjoy their magnificent machines, all built for speed and acceleration.

Major breakdowns on the road are no longer a big deal.

However, there are other factors to be kept in mind while choosing the destination for these long jaunts across the country.

The right bike for the right destination The diversity of routes that India offers is mindboggling -- from historic circuits leading up to Jaipur, architectural delights between Chennai and Puducherry, to sacred spaces between Gangtok and Gurudongmar Lake in north Sikkim, and circuits between Kaziranga and Tezpur.

Note that not all superbikes can handle all routes.

"For adventurer bikes like the BMW GS, Triumph Tiger, African Twins or the Ducati Multistrada, Leh is a beautiful destination," says Yazarloo, who completed 125,000 km on her superbikes before embarking on her world tour. "Usually, the thrill of these bikes comes through when you create your own road."

But the opposite holds true for cruisers such as the Harleys -- they need you to get them on to long, ideally smooth, roads.

"One great route for these bikes is Delhi to Nahan in Himachal. Cruisers are capable of taking up to 500 km. People usually do Delhi to Agra or Ajmer on these bikes.

"Adventurers, on the other hand, are made for rough terrain, but are very comfortable. People usually do trips to Spiti or the Northeast circuit on these," says Singh, who rides a Daytona 675, a sports superbike. 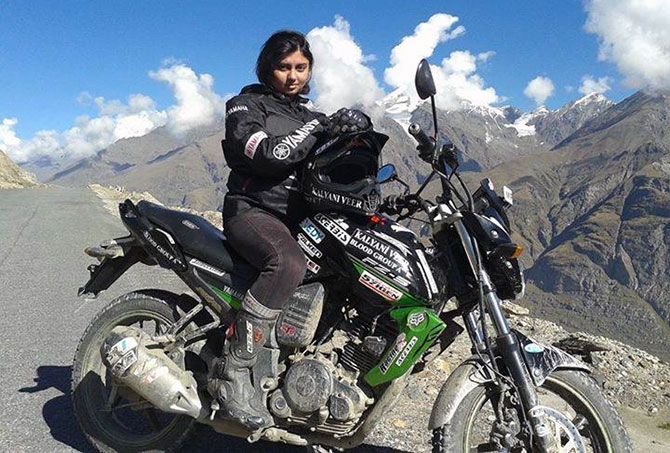 "In India, any bike above 600cc is called a superbike," explains Iran-born Maral Yazarloo (above), a Pune-based superbiker.

She and fellow traveller Pankaj Trivedi are busy with their project of covering 45 countries and traversing over 100,000 km (so far, the duo has covered 11 countries in three continents).

Yazarloo further breaks down the broad category of superbikes into "adventurer", "cruiser", "sports" and "tourer".

To enjoy a great riding experience, you need to match the right bike with the right destination, or a dream journey could end up a nightmare trip.

Height and build differentiate the various categories. For instance, the adventurers and tourers are relatively high (you need to be at least six feet tall to sit comfortably on one of these!).

Even though sports superbikes are of an average height, they need an aggressive stance, as the handles are placed further away.

The difference can also lie in the engine power: adventurers and tourers feature a 1000cc-plus engine, cruisers start at 700cc and sports bikes start at 600cc.

SUPERGROUPS
RPM India: A pan-India Biker Group, co-founded by bike enthusiasts. (www.therpmindia.com)
Batch of Soul Superbikers: A group that started in 2009 with eight superbike enthusiasts, and now has 75 members from Delhi NCR and Noida. (www.facebook.com/batchofsoulsuperbikers)
Lady Riders of India: Founded in 2016 by Maral Yazarloo, this group is only for female superbikers and hosts regular meet-ups in Mumbai, Pune and Delhi. (www.facebook.com/ladyridersofindia)
Biking Queens: Based in Surat, the members of the all-women group also act as mentors to other bikers, owning any category of bikes — from street to super. (www.facebook.com/bikingqueenssurat)
Group of Delhi Superbikers (G.O.D.S): Besides creating awareness about safe riding, the group seeks to promote biking as a sport, rather than merely a means of transportation. (www.gods.co.in)
Club of Pune Superbikers (COPS): A group dedicated to creating a culture around biking.(www.facebook.com/clubopunesuperbikers) 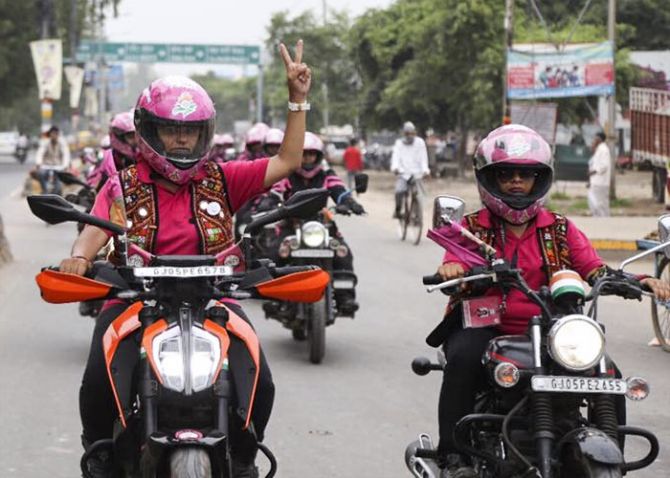 Once you've got your bike sussed out, the next step in building your dream biking trip is to choose your destination and route based on the following parameters: the kind of scenery that appeals to you, the condition of roads, and the availability of parts and assistance are all key.

"The route should have a good hills section where riders can try their skills, and straight patches as well, where these bikes can achieve good speeds," says Arvind Singh, founder of Tourbugs, which specialises in customised bike, cycle and car tours and also hosts India's biggest campsite near Pune.

He suggests the following destinations for avid riders. 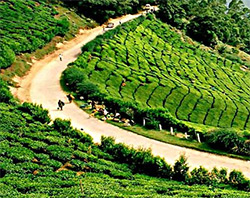 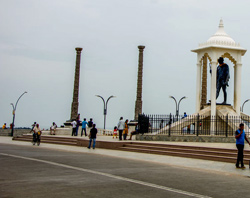 Ideal for superbikers from Chennai and Bengaluru. 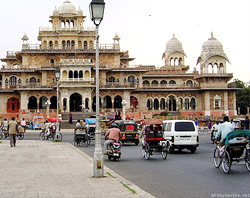 Great connectivity for riders from Mumbai, Delhi NCR and Chandigarh.

Butter-smooth, six-lane highways are a delight to ride on. 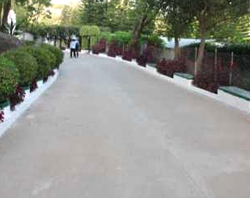 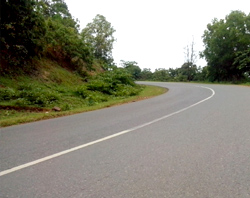 A favourite route with superbikers from Pune, Mumbai, Goa and Kolhapur.

It takes one through ghats, beaches and forests. 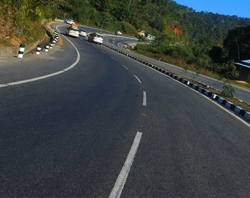 A beautiful road with a good number of straight patches.

It's an adventurous ride, ideal for food enthusiasts and those interested in wildlife.

Also, India's biggest bridge over the Brahmaputra attracts superbikers from Kolkata and the Northeast 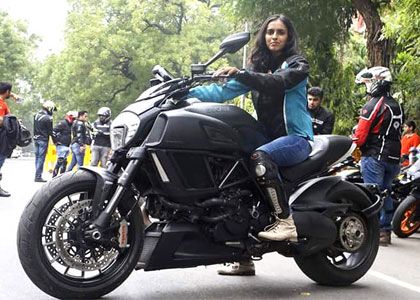 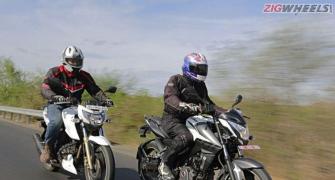 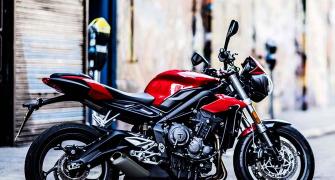 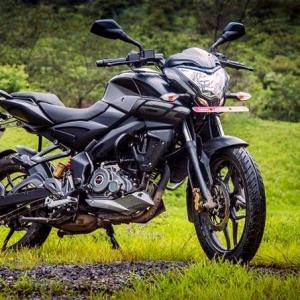 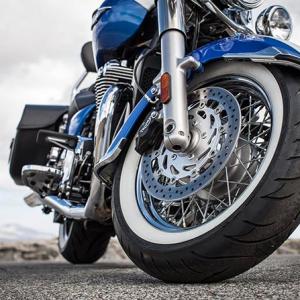