First Look: Why India's excited about the Turismo Veloce 800

Ashish Narsale and Rajesh Alva check out the latest superbike to hit the Indian market. 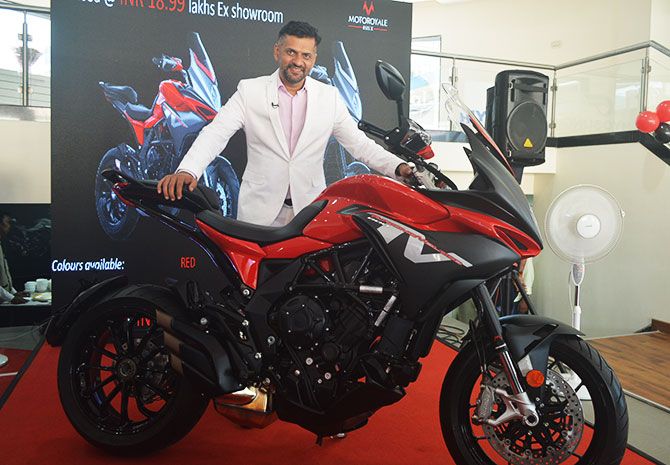 The holy grail of motorcycles, the M V Agusta Turismo Veloce 800, finds its way to India through Motoroyale by Kinetic.

The luxury variant, the Turismo Veloce Lusso, will be available on order, he said.

The M V Agusta Turismo Veloce 800 is a touring superbike with the soul of a sports bike. It is meant for avid adventure riders who want comfort combined with a sporty look.

This tourer is priced at an ex-showroom (Mumbai) price of Rs 18.99 lakhs. It might seem expensive but the price justifies the features and quality offered by the Italian racing bike manufacturer. 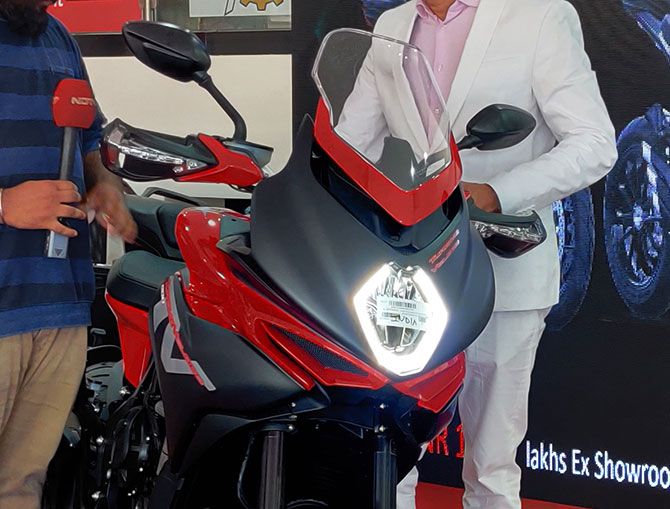 It's a sports bike in a body of touring bike.

The diamond shaped LED headlight gives it a futuristic look. This is followed by a huge, sculpted 21-litre fuel tank.

The LED turn indicators are mounted on the hand guards and are the perfect example of the design's attempt to use every bit of space.

Riders must remember that the Turismo Veloce is a tall bike.

It might be uncomfortable for shorter riders to flatfoot when at rest, as the seat is high. The tyre huggers are artistically mounted -- with space for the license plate, reflector and turn indicators.

While riding, though, there's a pretty good chance that the rear turn indicators will get muddy as they are placed quite low and adjacent to the tyres.

The foot pegs have been comfortably positioned to provide a good riding experience.

Since it is a touring bike, the rider has to sit upright as the handlebars are set high.

The superbike is available in red and black colours. 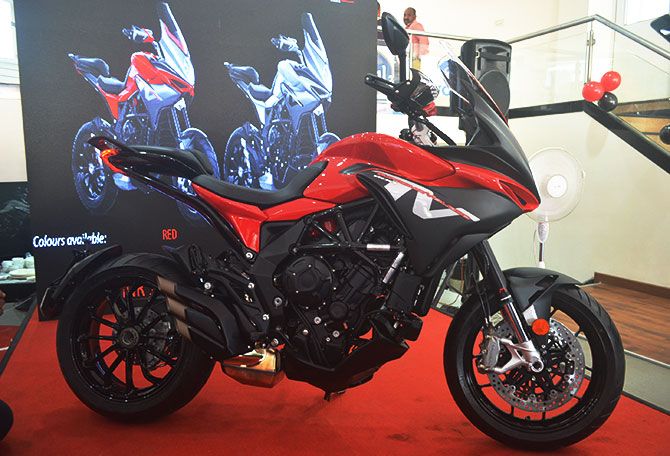 The Turismo Veloce 800 is powered by a 798 cc, in-line, three cylinder, liquid-cooled engine; the inline engine should generate lesser vibration in comparison with the V engine.

It has a counter rotating crankshaft that should give stability while navigating curved turns.

The company claims 90 per cent of the engine peak torque is generated around 3,800 rpm.

The engine's power is transmitted to the rear wheel through an up-and-down quick-shifter, along with a hydraulic activated slipper clutch (found mainly in sports bikes) which, in turn, is connected to a six-speed gearbox.

The electronically-damped suspension and the touring power mode algorithm have been specifically designed for long highway rides.

The M V Agusta has the Marzocchi inverted fork and a Sachs monoshock, both fully adjustable for optimum dynamics. 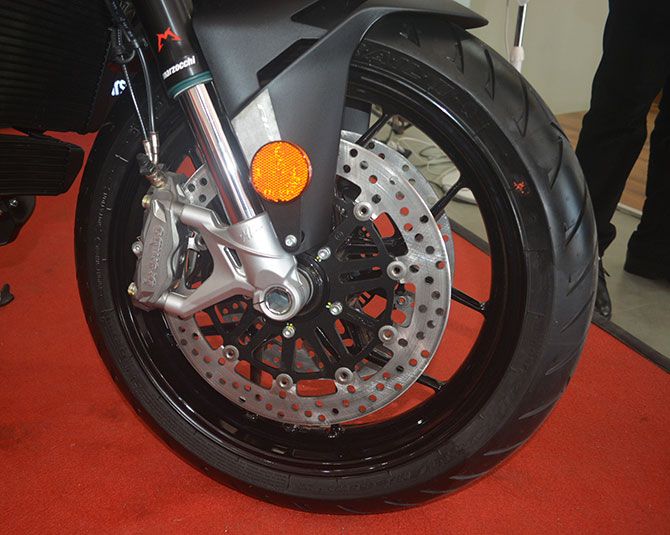 The Turismo Veloce has Brembo dual discs brakes in front and a single disc at the rear.

To make your ride safer, the superbike is equipped with the Bosch 9 Plus dual-channel ABS and the Rear Wheel Lift-up Mitigation system to control the pressure applied on the front brake and avoid an involuntary rear wheel lift-up.

It has an eight-level traction control to maintain road grip, which can be set to different levels according to road conditions; it can be also switched off when not needed.

After downloading the M V Agusta app from the app store, you can connect to the TFT instrument display via your phone's Bluetooth.

Currently, the functionality is only supported on the iPhone.

In India, the Turismo Veloce can be compared to other touring superbikes like the Triumph Tiger 800, BMW F 850 GS and Ducati Multistrada 950. 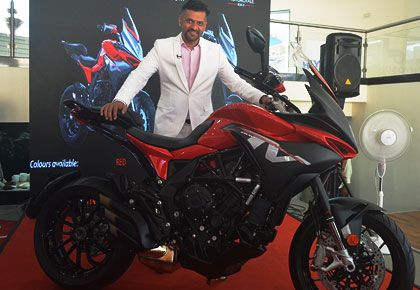 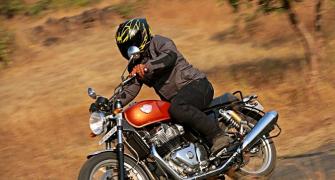 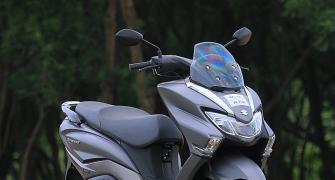 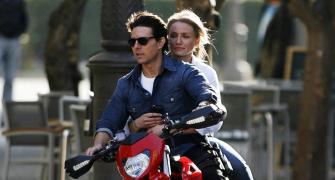 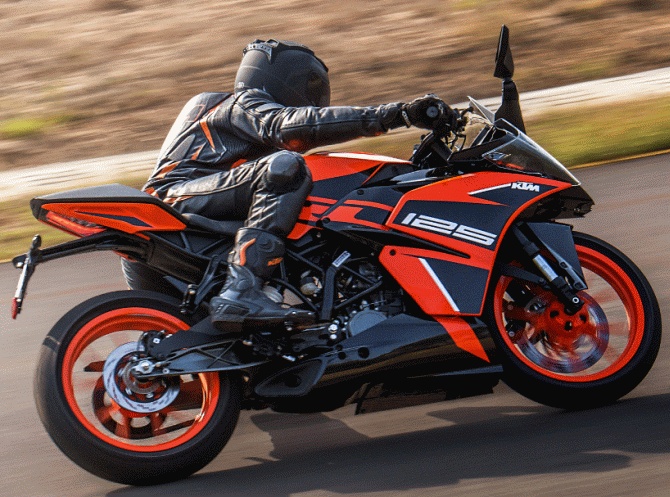 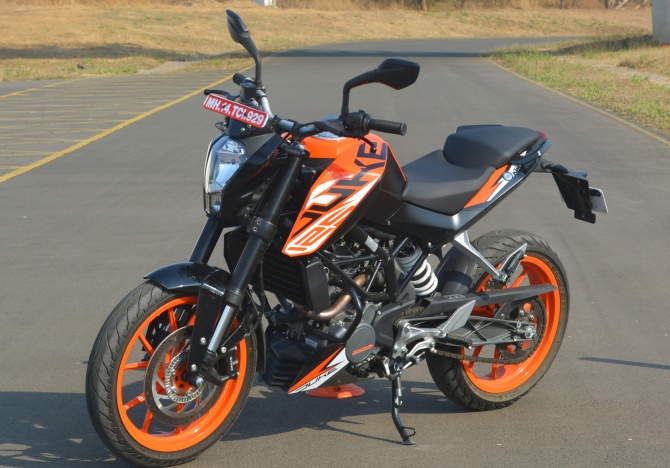