News
Business
Movies
Sports
Cricket
Get Ahead
Money Tips
Shopping
Sign in  |  Create a Rediffmail account
Rediff.com  » Getahead » Beware! Your teen could be in danger

If your teenager has access to the Internet, they could find themselves in trouble, discovers Rashme Sehgal. 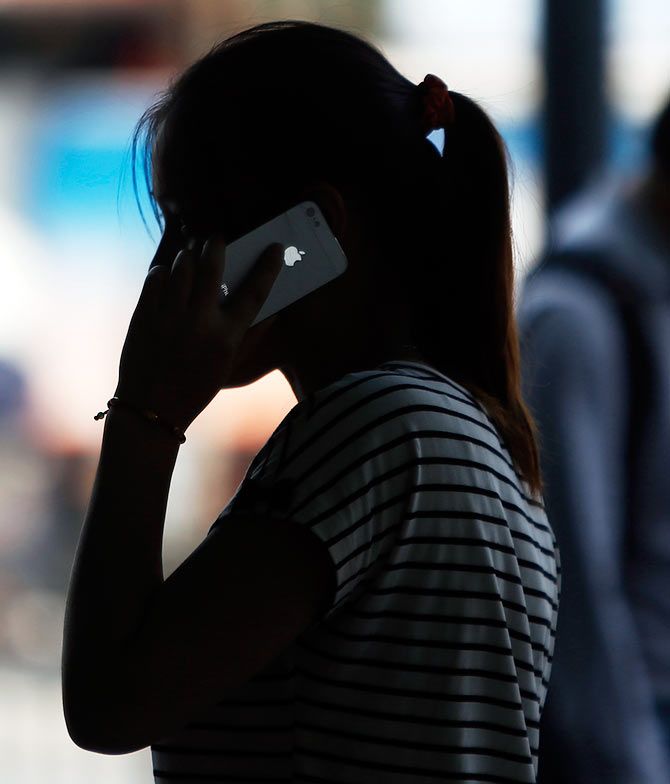 A 15-year-old teenager got addicted to online cricket gambling and blew up Rs 1 crore (Rs 10 million) of his parents' money. This is the true story of a New Delhi-based family and just one of many tales of horror that teenagers going online (and their families) are facing, reports a recent survey.

The boy started betting and first lost Rs 15 lakh (Rs 1.5 million) which his industrialist parents had transferred into his bank account. His losses kept mounting, but since members of the gambling syndicate were aware of his identity, they allowed him to continue betting.

When his horrified parents realised what their son had done, they took his school authorities into confidence. The school insisted the boy receive counselling from a psychiatrist.

A 14-year-old girl began interacting with a stranger online and, without informing her parents, set up a date with him in a pub. He coaxed her to have a couple of drinks after which, she admitted to her parents some hours later, she underwent what could be described as an 'inappropriate sexual encounter'.

Another 14-year old girl student developed a huge crush on a 14-year old boy in her class. The two were constantly exchanging messages, much to the chagrin of the girl's mother. When she was chided, the girl got her 'boyfriend' to change his online identity and assume a girl's name.

The situation can be complex even in same sex relationships.

A teenage boy uploaded a photograph of a close male friend studying in his class on Facebook. When he arrived at school the next morning, he was shocked to find he had become the butt of jokes as his schoolmates accused him of being gay.

When he told his parents, they asked him to block the photograph. He refused, saying, 'That will only confirm what my classmates are saying.' The boy became so stressed that his parents had to eventually take him to a psychiatrist.

"With Internet usage witnessing an exponential increase among kids," says Dr Sunil Mittal, a consultant psychiatrist with several Delhi schools, "the pressure on them is also increasing."

An Intel Security 2015 study which interviewed nearly 10,000 Indian children in an attempt to understand their online behaviour, shows that 81 per cent of children in the 8 to 16 age group are active on social media networks. Seventy-seven per cent had created Facebook accounts even before they were 13 years old.

The survey discovered that, on an average, youngsters spend more than two hours a day on their mobile phones. Thirty-one per cent admitted to playing video games with strangers.

Another 27 per cent posted intimate photographs and messages, while 17 per cent admitted to having watched pornography.

Dr Mittal cites the example of a 15 year old he is presently counselling. "The boy was travelling from Mumbai to Delhi and was asked to carry a packet for which he would receive a payment. The packet contained drugs. Once he had made easy money this way, he began to spend it on drugs and got hooked. It was only when the boy lost interest in his school and spent most of his time sleeping that the desperate parents brought him for counselling."

Pornography is another area kids as young as 10 and 12 are being exposed to.

"When small girls see it, they compare their physical assets with the women on the screen. The comparison leads them to develop a low body image. Exposure to inappropriate sexual content also creates a warped image of the world," says Dr Mittal.

This kind of exposure can also manifest in dysfunctional behaviour. Dr Mittal cites the example of a 14 year old whose mother sent her a mail asking her what she was doing. She replied, 'Having sex.' Before the shocked mother could react, the daughter added, 'Mom, you told me to be honest with you and that is what I am doing.'

While some parents insist they are in the know how about their kids's behaviour, the survey reveals that more than half the kids change their online behaviour when they know their parents are watching.

Forty-three per cent of the kids used anonymous names or aliases for their social media profiles. The main reason for this is that they do not want their parents or school authorities to see them using inappropriate content.

Online bullying is a big problem that is on the rise with 31 per cent of the kids polled claiming they had faced cyber bullying.

Melanie Duca, marketing director at Intel Security, points out that, keeping these rapid changes in mind, they are encouraging increased dialogue between parents and kids. "It is imperative to focus on ensuring children understand the consequences of their actions as well as learn good internet etiquette."

Duca's reference is to kids sharing their passwords with other kids, with many giving details of their school and home address and sharing their intimate photographs.

A team of Cybermums have been nominated in several cities to provide cyber parenting tips. Anindita Mishra, a cybermum, says, "Parents must establish rules for kids once they start going online. They need to monitor the kind of sites they are visiting to ensure they do not visit sites they are not allowed to. In fact, there is a legal provision which states that kids under 13 should not be downloading online material."

Mishra believes a list of dos and don'ts must be in place to help curb cyber stalking. While 79 per cent of the parents surveyed said they trust their children and had never attempted to find out what they were doing online, Mishra believes that parental supervision is a must.

Mishra's views are echoed by Venkat Krishnapur, who heads Intel Security in India. "Due to the proliferation of connected devices like smartphones, tablets and laptops, an unprecedented level of personal data is available online, expanding the risk canvas exponentially."

"We call for increased education and the need for parental controls," Krishnapur added, "so that there is constant filtering and a creation of activity logs that will play a huge role in empowering parents to ensure a safe digital footprint for their kids."

Cyber use is hitting families in more ways than one. Dr Mittal cites the case of another child who betted his parents car. The parents only realised this when some guys came to take their car away! 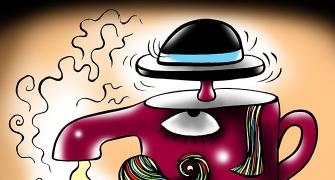 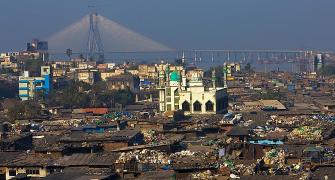 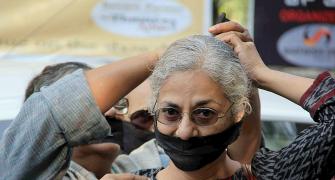 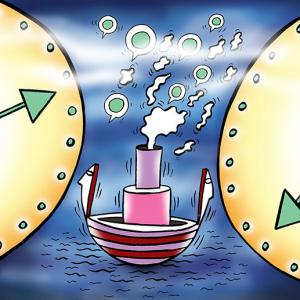 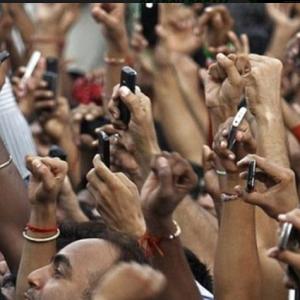 Internet for all? Critical to fix these issues first