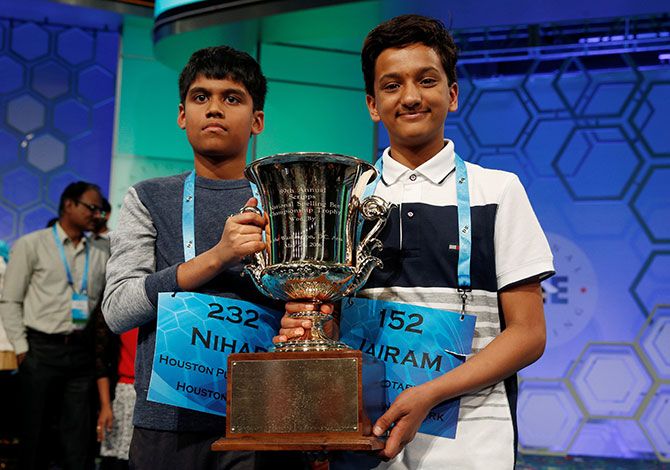 Scripting history, two Indian-American children today won the world's prestigious spelling bee contest, with one of them also becoming its youngest winner, as the community's complete dominance in the prestigious annual competition continued.

Jairam Jagadeesh Hathwar, 13, and Nihar Saireddy Janga, 11, were declared co-champions of the Scripps National Spelling Bee after a tense final -- with seven of the last 10 finalists being Indian-Americans -- ended in a tie for the third year in a row.

Fifth grader Nihar is from Texas, while seventh grader Jairam is from New York.

Nihar has also become the youngest winner of the bee on record.

"I am just speechless. I can't say anything. I am only in fifth grade," Nihar said with the trophy in his hand as he attributed his success to his mother.

"My mom. It's just my mom," he said. Eighth grader Snehaa Ganesh Kumar from California, who had tied for fourth place last year, came third.

Jairam attributed his success to his brother Sriram, who was 2014 co-champion.

This is for the ninth successive year that Indian-Americans won the prestigious Scripps Spelling Bee and 13th in the last 16 years. 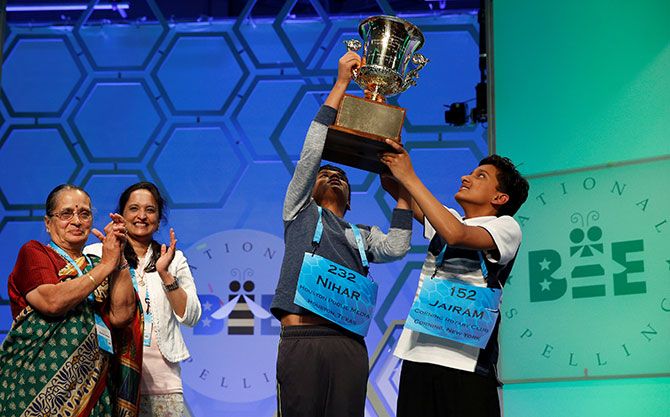 In 2014, Sriram Hathwar and Ansun Sujoe were declared the joint winners.

He also travels to India annually during summers, and this year, he is looking forward to seeing the Mount Everest.

At school, Jairam is especially interested in mathematics and social studies.

He hopes to attend Harvard University to study medicine someday so that he can become a physician.

Nihar loves spelling, and he puts a lot of determination and dedication into learning new words. He also enjoys playing football with his best friends and playing video games -- especially his favourite, Batman: Arkham City.

He likes movies that motivate him to become "a beneficially influential citizen". His favourite movies are Akeelah and the Bee and the Star Wars and Mission Impossible films. He aspires to be a neurosurgeon who can develop many cures for serious brain disorders.

In all, 285 students participated in the Scripps Spelling Bee nationals. 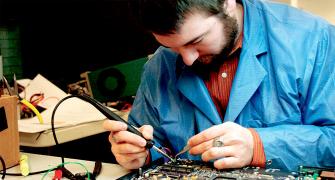 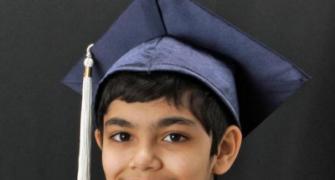 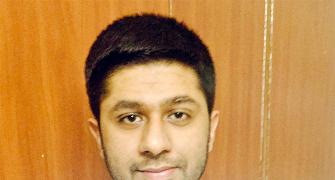 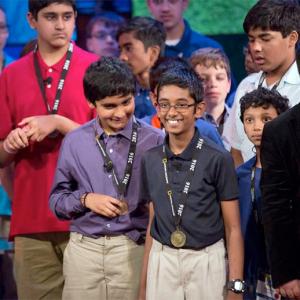 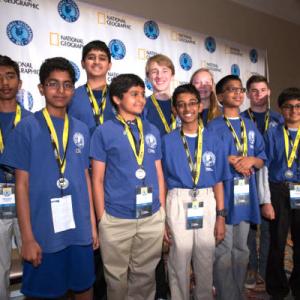