Veer Arjun Singh does a deep dive into the fascinating world of beatboxing. Vineeth Vincent, one of the prominent artistes practising beatboxing in India.
Photograph: vineethvincent.com.

It starts with the beats. The deep sound of percussion begins to overpower the anxious silence of the crowd.

One, two, three… pound. The beats flow, the tempo rises and the cheers set the tone.

Enter the base, the sound of the strings cranks up the energy and the feet begin to tap in sync.

The tom, the snare join forces to find a rhythm.

The lights go dim, the eyes shut, the hands are stretched in the air and the heads bow down.

The drum rolls begin… they take you in, and the cheers get louder.

The head banging peaks, the speaker burst out, and all the sounds equilibrate as if it were one.

Look up and follow the music to the stage. There are no drums and no guitars. No console that emanates the sounds. The music is coming from the one, two or five holding the mics and testing their vocal chords.

Give it up for the power of human beatbox.

Beatboxing, which had once begun as a form of vocal percussion, has breached the limits of what one person can simulate.

While the lip-smacking battles will continue, the assortment of sounds has transformed the art.

Beatboxing cannot be categorised as a genre, and it mustn't. It's an alternative form of music. And you don't just use your vocal chords.

He has fought battles and later judged them, and has mastered the art along the years to become a professional and a mentor to beginners. He has performed over 130 shows and has to his name Guinness and Limca world records. 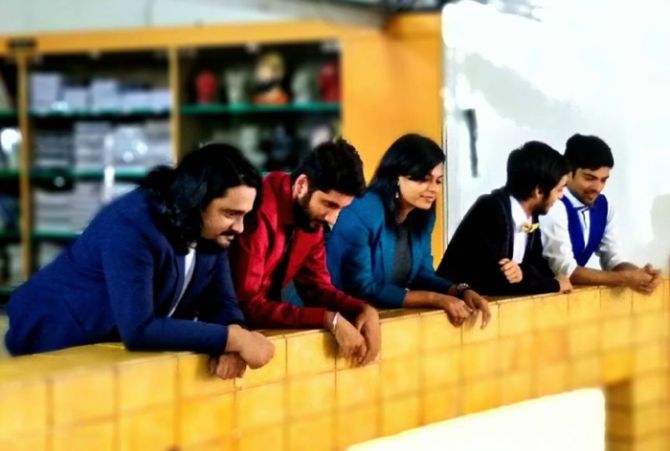 Decades have passed since beatboxing spiralled from the West to the rest of the world.

It touched base in India a few years ago and the familiarity has since been growing. The art first caught the fancy of youngsters in the Northeast and later began to find listeners in the southern parts, who would continue to appreciate the music rather than enjoy it as a one-time spectacle.

People today practice and listen to beatboxing across the country.

Bengaluru-based Vincent, who is now a one-man army, both as an artiste and a performer, was once part of India's first high-flying dip into organising and promoting beatboxing.

An audition-based competition, backed by Sony Music India and the British Council in conjunction with the United Kingdom-based singer and beatboxer Shlomo, had assembled the first line of a vocal percussion group called Voctronica.

Despite the corporate backing, the raw talent could not work in sync for long. The band has since undergone several changes.

The latest edition of Voctronica features a group of five performers, each with their own set of sounds. And it's not just beatboxing that they do. They define themselves as an all-vocal ensemble.

"We are essentially a combination of A cappella and beatboxing. We create the illusion of a full band performance by emulating the sounds of instruments," explains Voctronica's Arjun Nair, whose primary role is to man the vocal base.

Their band comprises two young beatboxers, Raj Verma and Avinash Tewari. Warsha Easwar and Clyde Fernandes take charge of the vocals, the stings section and other instruments. And they keep switching roles.

"Instead of being a vocal band, we have an instrumental approach. We try and bring out the soul of instruments without actually using them," says Easwar.

Nair says, "Beatboxing is like learning a language. It's about developing a sense of internal rhythm and time, and it comes from breeding your fascination for different sounds and years of practice".

Avinash Tewari, the 25-year-old member of Voctronia, has been learning beatboxing for the past 10 years.

"I saw someone doing it on TV during my summer vacation. I started with tutorials on a website called humanbeatbox.com and found more stuff on YouTube."

Tewari, who has little time to spare these days, says that beatboxing has to be self-taught. He is now gaining more steam and moving towards producing original music. The Magnets, a London-based band a six-man group of best friends whose performance coalesce beatboxing, original and popular music, singing, and a pinch of humour, are among the international beatboxers exploring India.
Photograph: @themagnets/Facebook.

Beatboxing has strengthened its roots in India and young artistes from Delhi, Mumbai, Bengaluru and other cities are expanding the community. But the acceptance of the art form for large-scale performances hasn't matched the success of other forms of music.

The performers have moved beyond a full-length performance of beatboxing and are nuancing the shows with characteristic elements that define them.

While Vincent is finding his niche as a beatboxer who is also an emcee, and is signing corporate events, Voctronica as an A cappella group is pitching versatile music and original scores to expand its base. It is looking at brand integrations and a stronger online portfolio for sustained business.

While the homegrown artistes are yet to hit the mainstream, global performers are exploring the Indian market for its traditionally diverse, culturally harnessed and ever-evolving sensibilities in arts and music.

Dropping in on their first India tour produced by AGP World, a London-based band, are The Magnets, a six-man group of best friends whose performance coalesce beatboxing, original and popular music, singing, and a pinch of humour.

The group includes a bass singer, a tenor, a baritone and beatboxers. Their prized performances have been at the Buckingham Palace for the Queen's diamond jubilee, the O2 Shepherd's Bush Empire (a music venue run by the Academy Music Group) and the Roundhouse in London.

The group sticks to defined roles and the list of instruments that it can imitate includes drums, trumpet, saxophone, distorted guitar, bass guitar, piano and double bass. "We also try out the tabla and sitar," says Nic Doodson, the director and the oldest member of the band. They will team up with singer Natalie Di Luccio and integrate Bollywood when they perform in New Delhi on September 16.

Sparing some food for thought for beginner vocal groups, The Magnets says patience and practice to listen and blend voices within a group is the task to master.

Beatboxing is unique by the virtue of its creation. It's not something that you learn at a music school or just by imitating successful artistes.

When you dig deeper, you find that the learning was always at the surface. It starts with all the funny sounds you made while grooving to music. It's all about syncing them together and letting the beat drop bombs. This Hindi a capella group performed for Obama 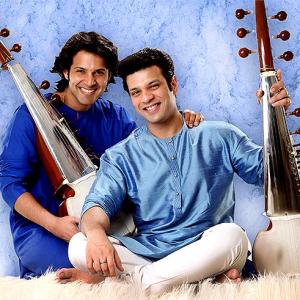 The Sarod Brothers and their Erod