"I don't want to make a list only because I'm a woman and a minority."

"As an entrepreneur, I am just starting out and have a long way to go. But in the future, I don't want to hear of women entrepreneurs as a category at all.”

Entrepreneur Ashwini Ashokan talks about her early struggles as an entrepreneur and what it means to be a woman in a man's world. 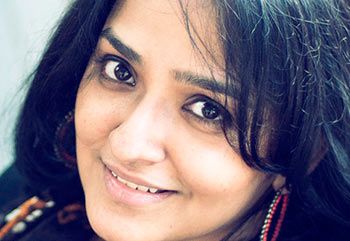 I left Silicon Valley to come to India to start an AI company with my husband; I am a woman co-founder of an Artificial Intelligence company and I don't write a single line of code. And I wear this story on my sleeve to tell everyone to back off with their stereotypes," says Ashwini Asokan of Mad Street Den (MSD).

As a woman in technology who doesn't code, a mother of two and married to her co-founder, Ashwini is vocal about what is the need of the hour as regards women in start-ups, and how women need to take charge.

Not one to just say what needs to be done but lead by example, Ashwini had some great inputs to share.

In a candid chat she spoke about her life, challenges and women in tech. Here are some excerpts:

Chennai is home to Ashwini.

As a trained classical dancer and musician she travelled around the country performing between the ages of 14-21.

Knowing that she would be an artist she barely attended college.

However, her dad had other ideas and insisted she do a masters in Interaction Design.

Interestingly, her thesis at Carnegie Mellon was on movement grammars, exploring how cultural forms of dance can help us think about how we design movement into our robots and other digital agents.

"My entire life has been spent building on the threads that run through dance, music, design, computers, people, culture and I owe all that to one man -- my dad.

"Somehow, he seems to know everything about everything," says Ashwini.

Her mother is the backbone of the family and a doting grandmother who is unmatched in her child care skills to her kids.

Intel proved to be a good, end to end learning experience for Ashwini.

Dr Genevieve Bell, an anthropologist and also Ashwini's boss for over 10 years, was setting up a UX organisation inside the Smart Home business and putting together a team of designers, anthropologists, human factor engineers to study the future of TV and help design a path forward.

Ashwini got to be a part of the team and work with people in manufacturing, in hardcore silicon design, software and sensors.

"My entire journey at Intel has been a lesson in the entire stack and working out how UX, design and people centric research help drive technology research and development."

During the last four years at Intel, Ashwini was driving the mobile research agenda for their lab and working closely with machine learning, image recognition, teams working with sensors and contextual computing and that's where her interest in Artificial Intelligence grew.

One of the biggest lessons she learnt in her professional life has been to be open and try out as many different roles and dabble in all types of adjacent fields.

"I understand how neural networks work, I understand the core principles of machine learning, I know enough about how tech is put together and more than anything else, I know my core well – understanding and applying technology in a meaningful way for people around the world.”

Starting up and Mad Street Den 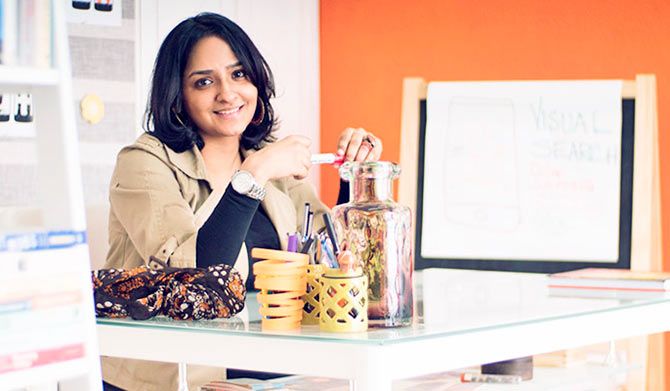 "I have been married to a neuroscientist and Artificial Intelligence (AI) head. Our days and nights were filled with conversations about AI and the future of people and tech.

"It was only natural for us to go down this path together. I don't think I'd have done this if I wasn't married to him.

"Our ideas for the future have been an integral part of how we've discovered and grown with each other.

"I've changed so much since we've been married and I have no one else but him to credit for that."

Ashwini has had enough of the doomsday scenarios and the negative light in which AI is usually seen.

She is using her blog as a medium to change that mindset. Mad Street Den (MAS) for her is not just a technology company -- it is a company that is hoping to bring AI and computer vision to people in a meaningful way.

On being an entrepreneur

According to Ashwini, an entrepreneur needs to view the market as people, place, systems with stories, emotions and habits for it is important to understand the market as a space where our products are going to live in.

For Ashwini, the life of an entrepreneur is defined by constant change.

"One has to constantly keep changing and learning."

Also, as an entrepreneur you have to nurture a few qualities and the most important one according to her is empathy.

Women in tech Ashwini is very vocal about women in tech on social media and according to her it is a pipeline problem that the number of women that graduate and are eligible for employment falls drastically into a few years of employment as they get married and have kids.

It is not the woman's problem, Ashwini says, "The system is stacked up against them."

How this works is that there is a lack of infrastructure and policies that support a woman's journey through different stages of her life.

In fact, the entire tech industry is designed for a typical male; a male who doesn't have to care about domestic chores or raising children.

Ashwini is hopeful about the number increasing but it won't happen on its own.

The push has to come from women in positions of power forging ahead with changing the status quo, not just supporting each other but doing the things that will change the numbers and conditions for women.

The other important contributing factor has to be educating founders and investors on the need to level the playing field.

"You can't just sit there and say: ‘OK! You're equal, come on prove it to us.' You have to work to even the playing field, which has been uneven for generations.”

We continue to lament about the insignificant percentage of women in tech, but you have to give it to this small body of women that is trying to lead the change and Ashwini is doing her bit as well.

"At MSD, we are a team of four women and four men now. I've planned adequately for play/ care space if a mom joins us at work in the near future. I've a space for them to nurse/pump."

She is working with a few people in Chennai to start and maintain a women in tech group as part of a pipeline to get women into mainstream start-up groups.

As women, we are responsible for our own careers and needs.

It is essential to be clear about who you are in the first place and then you have "to ask shamelessly" --  those were the first few lessons Ashwini learnt from her women mentors at Intel.

Sharing her own example she says, "I moved to India recently after living my whole adult life in the US. I am not a 20-year- old starting up. I am a mother of two kids.

"I have a six-month-old, a four-and-a-half-year-old. I took my breast pump with me everywhere I travelled on day trips these past six months pitching to VCs around the country.

"I went to the rest room at least twice during my time in those VC meetings to pump for my newborn and carried that milk back to Chennai from Bombay, Bangalore and everywhere else I went.”

MSD recently raised funding which means there will be more work and travel coming Ashwini's way. But since she is married to her co-founder be it the family, household, kids, work -- they are in it together.

As regards, asking shamelessly, she says, Ask for a nursing mom's room and make them realise they weren't empathetic towards working moms at their workplace.

Ask for a child care section at a tech conference to make them realise they didn't consider working women who also have children to care for after 7 pm.

Ask to move a hackathon from a 48 hour all-night event to a day time event.

I will not stop asking.

"I don't want to make a list only because I'm a woman and a minority. I'll take that today because I know that unfortunately I am a part of a minority and I need to speak up for that minority.

"I'm well aware of that.

"As an entrepreneur, I am just starting out and have a long way to go. But in the future, I don't want to hear of women entrepreneurs as a category at all." 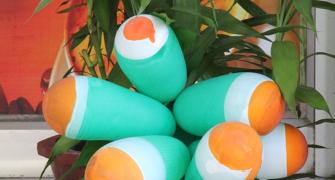 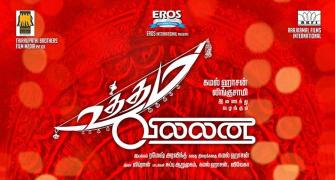 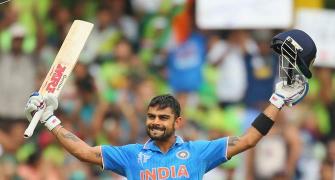 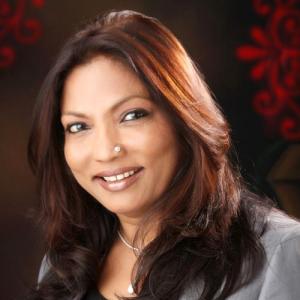 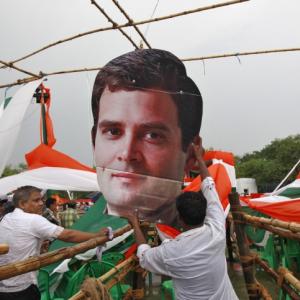