From Assam to UK: Meet the adventurer who cycled 241 km to clear litter

His magic wand is his floating bicycle made of bamboo! 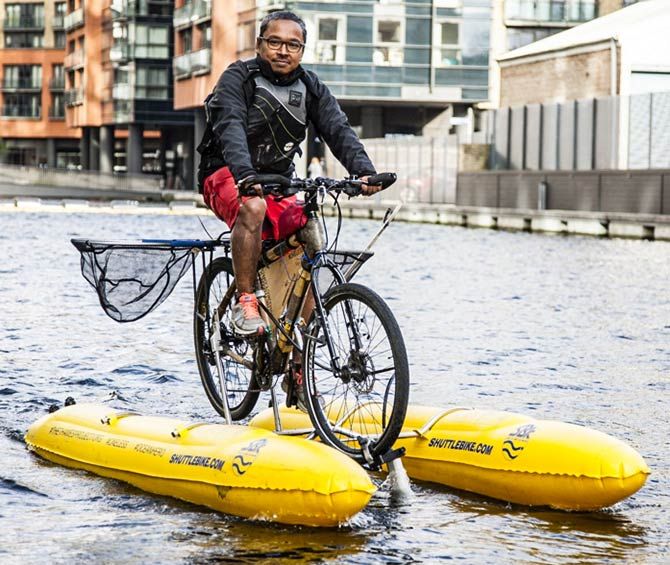 The crusader of change, Dhruv Boruah. 'Baby steps and we all will get to a plastic smart/ free world soon!!'
Photograph: Kind courtesy Dhruv Boruah/Twitter

Assam's Dhruv Boruah loves adventures with a purpose and to generate awareness about plastic pollution, he made a special floating bicycle from bamboo and pedaled down the Thames river in the UK to clear litter.

He cycled 150 miles (241 km approximately) from Lechlade, Gloucestershire to Tower Bridge near London for nine days in September and collected things such as plastic bottles, cups and glasses, chocolate wrappers, milk bottles and even a packet of chicken breasts. 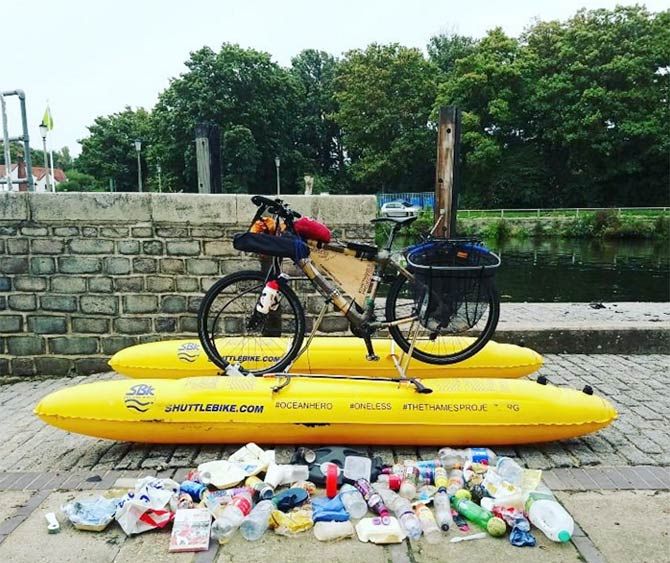 The special floating bicycle made of bamboo, which Dhruv uses to pedal down the Thames River.

"It was not all of a sudden. It was a gradual process. I have always loved adventure but adventure with a purpose.

"I love ocean racing and once while sailing from London to Brazil, I saw how the waters are exposed to plastic litter," Boruah, who hails from Dhemaji district of Assam and is now based in London, told PTI.

A former corporate management consultant and now an entrepreneur, the 35-year-old said his 'Biking on the Thames' campaign was born thereafter.

Then the question of his mode of transport arose.

"I wanted the vehicle to be wacky, different. I wanted people to notice it so that my message reaches out to many," he said. The litter spread across Thames River.

Boruah had made a bicycle from bamboo last year.

"The bamboo was from the UK and Vietnam. I modified it a bit and used the floats from Italy," he said.

And his vehicle was definitely able to grab eyeballs.

"People were curious to see the bicycle and many stopped to have a chat with me.

"So I was able to tell them what I was doing and urge them to start thinking about ways to reduce plastic," he said.

However, things were not easy for Boruah as he faced a lot of problems on the first day of his adventure.

"I had just started when the bicycle toppled over as I tried to get it off the pontoon.

"I could see bubbles in the water and thought this was the end of it. On top of it, it was raining heavily.

"But then I regained my composure and managed to retrieve the vehicle," he said. Boruah sourced the bamboo from the UK and Vietnam. He modified it a bit and used the floats from Italy.

In the next spring, Boruah plans to have a go at another Thames cleaning drive but said he would perhaps also involve someone who is interested.

Boruah's motto is: be smart with plastics, and he plans to work with a few government organisations to take his campaign forward.

He is now looking forward to embark on a trip from Seoul to Pyongyang next year on his handmade bamboo bicycle to spread the message of peace. 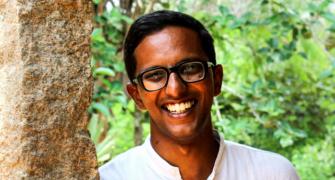 This engineer is giving khadi a chic makeover! 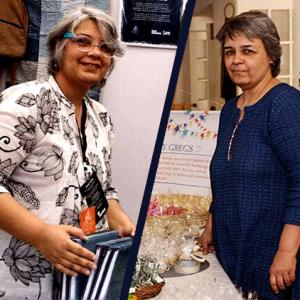 2 Sisters and A Hundred Hands