Hard decisions have to be taken when a baby is on the way, says Geetanjali Krishna.
Illustration: Uttam Ghosh/Rediff.com 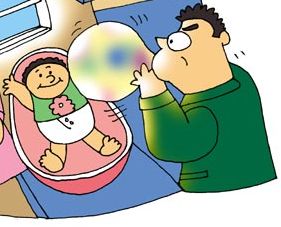 The other day, a late-night American show host made the preposterous remark that accepting the outcome of the US election would have been easier had Donald Trump been a woman.

It made me think that people like us often can’t navigate our lives without slotting ourselves and others in oft-meaningless categories.

In my view, labels like ‘atheist’, ‘communist’, ‘right wing’ and perhaps the most misused of them all, ‘feminist’ are all levelled by the pragmatism that economic deprivation fosters.

This was brought home to me when I recently met 28-year-old, stay-at-home dad Simon. Till six months ago, he worked as a security guard earning Rs 12,000 a month while his wife, a housekeeper, earned Rs 8,000.

Life was comfortable, they managed to save and keep a little aside for little luxuries.

Once a month, he would go out with his friends and they ate chicken once a week.

All this changed when his wife became pregnant with their first baby. “Of course we were happy,” he said. “Who won’t be?”

It was a conundrum.

“While my salary was significantly higher than my wife’s, thanks to her housekeeping job in a posh south Delhi neighbourhood, we had a nice, clean room with an attached loo to live in,” he said.

Moreover, when she told her employers she was pregnant, they promised her a month off with full pay when she had the baby.

In contrast, Simon had no job security nor any great love for his employers. “Also, we reckoned that while it would be easy for me to get another job as a security guard or driver, no new employer would be easily willing to give my wife a place to live, knowing that she had a family,” he said.

So Simon became a stay-at-home dad when their daughter was barely a month old.

“Now she cries for me if my wife picks her up,” he laughed. “I tell her to focus on her work and leave the baby to me.”

Last month, when Simon said that he was getting a little bored, cooped up all day with the child, his wife bought a small television for him. “Now time passes easily,” he said.

“Once she’s a little older, I’ve told my wife to save some money, so I can learn driving from a good place... Maybe when I return to work, it could be as a driver instead of as a security guard.”

But that was still a long way off.

The couple has planned for him to stay with the baby till she was three years old, when they could put her in a creche. “Till then, I’m going to take care of her as well as cook and clean,” he said.

It was nice, I commented, that he was so supportive of his wife and her job.

He didn’t have any option, he said, as at this point, her work was ensuring them a better lifestyle than his would have.

Then Simon added something that made me realise that this stay-at-home dad wasn’t quite that rare creature -- a feminist man.

“People like us usually don’t have the luxury of telling our wives not to work,” he said. “But I spend my days dreaming of the day when I earn enough to tell my wife to stop working and stay at home… maybe that’s when we’ll have our second child.”

Get Rediff News delivered into your Inbox.
Geetanjali Krishna
Source: 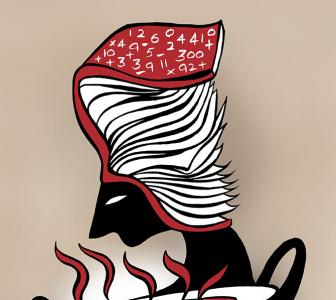 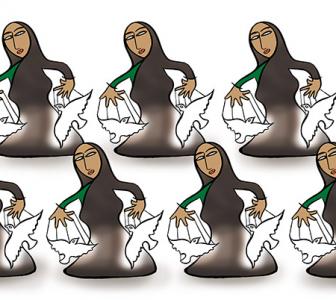 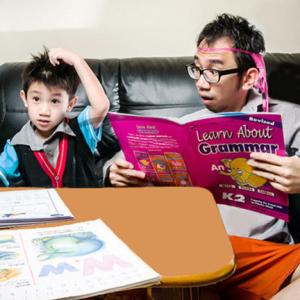