One of the greatest mistakes most professionals make is spending crucial time on unproductive tasks, says Naman Sarawagi.

Here are some mistakes you must be extremely wary of. I am guilty of every single one of them.

In the last three years of building FindYogi out of a co-working space, I have interacted with about 20 to 25 founders; we see each other every day, and sometimes share problems over lunch.

I can't help but notice a pattern in the mistakes we make.

Most of the other founders are over ten years elder to me, have attended premier institutes and have worked for well-known companies; so it is not about experience or age.

Try to be at work at least ten hours every day -- preferably between 9 am and 7 pm.

This will help you keep active and fit, both physically and mentally.

Face-time with team members is important.

Flexi-timing is just a sign of indiscipline and misplaced priorities. Discipline will win above everything else.

People spend an hour trying to find a coupon that would make their flight ticket cheaper, but do not spend enough time getting to know their new hire.

As a founder you should either make or sell; anything else is not needed.

First time, young founders generally choose to do errands and clerical work themselves, and hire for technology and sales.

You might not have heard a lot about such start-ups; because they don't last long enough.

This is one of my favourites, and I am still to get over it.

Two founders may have a dot com identity, but it doesn't make them belong to the the same industry.

There's no point discussing them ad nauseum. Instead one should concentrate on making a good usable product or finding a solution to a problem; what happens at other start-ups should have zero impact on you.

#Mistake 5: Trying to design a logo

Look at this scenario: you don't even know if your product has a market fit yet -- how can you know what your logo should communicate?

Check out Wizrocket's logo; randomly scribbled, but it has a story to tell.

By the way, they had customers even before their website was live.

Bring more data to the table and decide.

Every unfinished argument can lead to multiple days of reworking the product.

If two people aren't comfortable arguing with each other, they shouldn't be in the same team.

#Mistake 7: Hanging out on Facebook for the sake of consumer research

Don't waste hours on timelines of people you don't know.

Just run a $10 ad and test your hypothesis.

#Mistake 8: Not writing things down

Verbal instructions are subject to a larger set of interpretations and lead to more disputes.

When you are making something new, the thoughts aren't fully ripe -- writing them down gives structure to the thoughts.

#Mistake 9: Working in terms of time and not milestones

You should never say "We'll raise funds in six months."

Start saying "We will raise money when we reach milestone X; that will help us get to milestone Y." And then just work towards that singular milestone metric.

This helps you focus.

Stop timing for your fundraising for 'after Christmas holidays', 'after the LetsBuy dust has settled', or 'after the previous investor denies'.

It's OK to talk to multiple people in parallel, and then say a polite NO to a few if you get multiple positive responses.

Having a profile on Angelist or Github is proof of nothing.

Being a start-up enthusiast is not a skill set.

You don't have time to train people.

Hire people who get things done. And stop copying the hiring culture of large companies -- they have already risen above the ground level.

#Mistake 11: Listening to advice without context

You will only know that much about another start-up if an investor or another founder mentions it.

If it's coming to you from a journalist, it's more likely to be cooked up for the sake of media attention.

What worked for them, will not work for you. You don't know the news, if you are not part of it. So, listen to the stories with a pinch of salt, and carry on in your own quest.

The author Naman Sarawagi is founder, FindYogi, a buying decision platform for consumers. Earlier, he helped in building Freecharge and Zipdial. 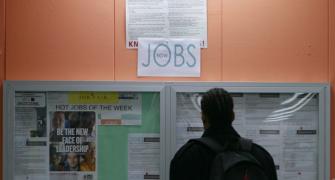 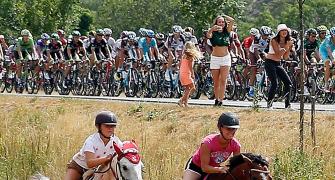 It was a crazy day at Tour de France 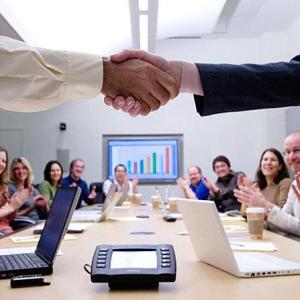 How to master the art of public speaking