Why I hoard coins

'The childhood urge to amass wealth may account for one's inexplicable urge to stockpile change, for there is nothing more gratifying than to lift a box heavy with one's treasure, more satisfying somehow than all the zeroes the Kochhars, Modis and Mallyas appear to have allegedly scammed our banks over,' says Kishore Singh.
Illustration: Uttam Ghosh/Rediff.com 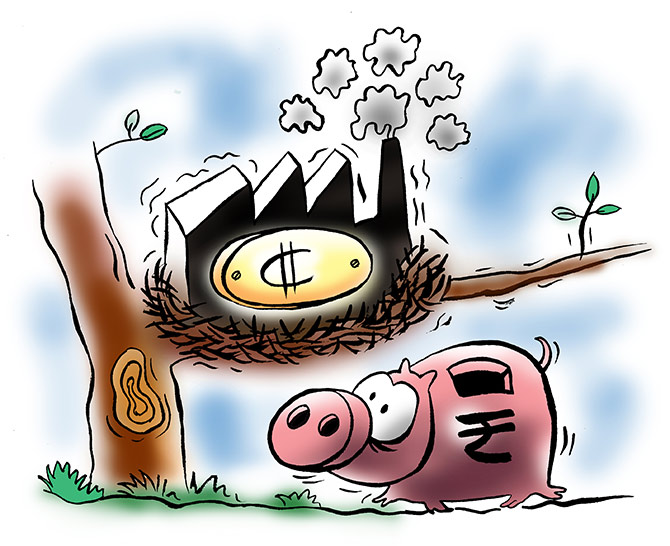 My nest egg consists of nothing more than a few containers of coins amassed for pleasure and not intended as a hedge against inflation.

While banks have been generous in offering loans and sweetheart deals to some, my hoard of metal currencies accounts for so little that even the help has not been tempted to pinch it.

I started amassing loose change a couple of years ago, prying what was kept aside for the dhobiwallah's daily hisaab and hiding it away from my wife.

Not that she could have objected -- she was the only one among our family to have been caught red-handed by the government's demonetisation drive that led to the recovery of bills stashed away among the folds of her saris.

She has since pledged that she would rather spend than save, and has remained true to her word.

Nor did I think she particularly minded my hoarding of coins, though occasionally depleting levels seemed to indicate when she might have helped herself to some of the spoils to settle a local vendor's accounts.

Growing up in somewhat austere circumstances, the piggy bank, or its Indian version, the gulak -- one invariably received at least one every birthday -- rarely survived a few days before the urge to smash it for immediate self-gratification led to the recovery of a pitiful few coins.

No doubt, that childhood urge to amass wealth might account for one's otherwise inexplicable urge to stockpile change, for there is nothing more gratifying than to lift a box heavy with one's treasure, more satisfying somehow than all the zeroes the Kochhars, Modis and Mallyas appear to have allegedly scammed our banks over.

It would appear that I am not the only coin hoarder in town.

My brother has a fixation for storing them in glass bottles that resemble the milk bottles of our childhood, which he likes to keep on his coffee table -- a conversation starter if one was ever needed.

Another friend stores them in boxes meant to keep bottles of whisky.

Some simply stash them in drawers, pulling them out to pore over their stockpiled wealth, but it appears to me both unimaginative and vulgar.

My own choice began with a lovely piggy box that I can't now remember acquiring. It has been followed by an assortment of boxes large and small, including the little tins one gets on board IndiGo flights (though they fill up too fast for my liking).

They remind me of the tins of biscuits we used to get in our childhood -- another birthday favourite -- which were then acquisitioned by our parents for the mothers to store their jewellery in.

I don't know if hoarding change is an offence, but I do think that the mining of cryptocurrencies might fall in the grey area.

At any rate, our son has assembled what resembles some post-apocalypse industrial detritus that is plugged in with a computer and constantly makes a humming noise.

He is apparently a one-third investor among a group of friends claiming to be creating their own crypto-wealth.

For now, though, all that the machine appears to be doing is using up an excess of electricity while outputting nothing beyond hot air.

"It is producing ethereum," my son insists, "it's my nest egg", pooh-poohing all fears that he has had in some Ponzi scheme.

No matter what he says, I expect I might have to break the piggy bank to feather his nest -- even if just a little -- till he recovers from the loss of his "investment". 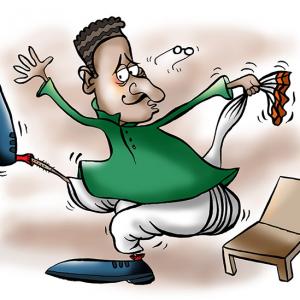