Do your social media posts reflect moods or illness?

Is what you post online who you really are?

Veer Arjun Singh says a gist of the expert opinion points towards social media behaviour being an indicator, and not a diagnostic tool, to ascertain a person's physical and mental state. It can be used as a way of improving human interaction, but cannot be a substitute of it. A midair selfie over the green waters of Seychelles Islands, those epic celebrations till the crack of dawn, the dance, the music, the achievements, the opinions and all those beautiful stories of human connections that are liked and shared, expressed and engaged. Social media feeds have the DNA of a good life. But what becomes of it when you're at your weakest?

A straight talker, the enigmatic woman in her 30s has travelled cities, states and countries for studies, work and leisure -- the footprints of which were spread across her Facebook, Instagram and Twitter accounts.

But this was before she had begun to feel drained out. She either slept for long hours or didn't at all, and wanted to be left alone. "A series of events had left me in a dark place," she says.

Kotwal, who lives by herself, has scaled down her online presence to a bare minimum. She had deleted most of her social media accounts some time after she was diagnosed with Type II bipolar disorder.

She says she once found it easy to engage on these platforms, but not anymore.

To questions of what became of her community of friends and followers who had witnessed her ups in life and whether they reached out to her, her response has highlights such as "lack of substance" and "fear of judgement".

She still uses Facebook occasionally to check on her friends.

"Since my diagnosis, I tend to think a lot before I post something. I don't want my posts to be a reflection of my impaired abilities," Kotwal says.

Her illness is not a stigma and Kotwal openly talks to her close friends about it. She is a working woman who doesn't easily buckle under pressure. She hasn't lost an iota of confidence, but just faith in sharing her life online.

So, is what you post online who you are?

To some extent, yes.

Some of the greatest minds are constantly working to decode various patterns of online behaviour. Yet, beyond marketers and hackers, there are some people measuring your "digital heartbeat".

A team of researchers from the Department of Energy's Pacific Northwest National Laboratory studied over 170 million tweets around United States bases in 25 local and six international locations to develop a connection between emotions expressed online and the next flu outbreak. They observed that high clinic visits in an area were associated with melancholy and neutral moods expressed in tweets.

Their findings are raw and require further research, but they fuel the negative correlation between social media and mental health, carelessly established by a plethora of quantitative data.

The Blue Whale challenge has parents spying on their children's online activities across continents.

The ones who did not adapt to the online way of life in time themselves, are pushing the button of parental controls and consulting experts.

The deadly game that challenges young participants with new tasks at every stage has claimed the lives of over 50 children and young adults, including in India.

Were their spooky selfies in graveyards that preceded the challenge to carve a whale in blood on their arms overlooked? Before they ended their lives, were there digital signs that should have been spotted

Samir Parikh, director, department of mental health and behavioural sciences, Fortis Healthcare in Delhi, thinks otherwise. He believes there must have been more visible personality changes than the sundry negativity online.

"I don't think social media can be used as a tool to ascertain a person's mental well-being," he says. "If I was tracking the keyword 'depression' online, I would still have to decipher if it has been used to express just mood or is it an illness."

Parikh believes that social media behaviour, at best, can reveal a certain aspect of one's personality but cannot give an in-depth understanding of a person. He says that we must treat the medium as just another form of expression.

"Deciphering medical well-being is a science and social media can be very misleading and superficial at times," he concludes.

Kersi Chavda, consultant psychiatrist at Mumbai's Hinduja Hospital, has a more liberal approach towards the correlation of online expression and a person's state of mind.

He recounts how a person from his extended friend circle was sliding into depression, which was first visible in his posts online. The person came out and sought professional help when his friends reached out to him.

"If you're noticing a trend towards negativity and if someone is expressing his displeasure for life, especially knowing that people in his or her circle are watching it, then it could certainly be an indicator that the person is not doing okay," says Chavda.

He talks about studies that have tracked people whose sudden change in behaviour online was noticed and possible calamities were averted.

Chavda believes that a sudden dip in enthusiasm and embracing negativity online may be a sign that a person needs help. He is, however, not an advocate of any organised tracking of a person's social media data, for concerns of privacy.

A gist of the expert opinion points towards social media behaviour being an indicator, and not a diagnostic tool, to ascertain a person's physical and mental state. It can be used as a way of improving human interaction, but cannot be a substitute of it.

While studies continue to contradict each other over the impact of social media usage on a person's well-being, the mediums are putting checks and balances in place to combat the nefarious content.

"Keeping Instagram a safe and supportive place is one of our most important responsibilities," says an Instagram spokesperson. "We recently updated Instagram's self-injury tools to help people who might be sharing that they're going through a difficult time find support. We have zero tolerance for content that encourages people to harm themselves or others."

Search Blue Whale on Instagram and it throws a pop-up to guide you otherwise. In India, Instagram has collaborated with @itsoktotalk, an initiative of NGO Sangath, to drive a mental health awareness campaign targeted at youth and adolescents.

"Facebook makes invisible victims visible. People connect with each other, spread awareness and help those who may be thinking of self-injury or suicide through forums and community tools," says a Facebook spokesperson.

At the heart of every great idea that introduced a social media platform of significance were good intentions of building a community. It connects the dots that were spaced out by physical boundaries.

Political agendas will be pushed, search- and location-based advertisement will spam and anonymous trolls will continue to test your resilience, and then there's the issue of privacy. The challenges are similar to the physical world, but the scope of turning it into a better place is limitless.

In times of distress, scroll back to that midair selfie over the green waters of Seychelles Islands or shame a stalker with a Facebook live. In an open platform, expression is what you make of it. Suit yourself. 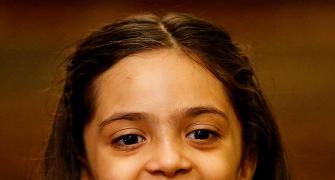 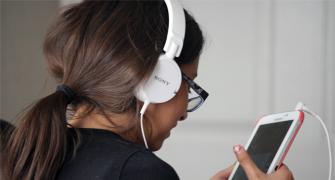 'Indians' love for social media is driving sale of cameras' 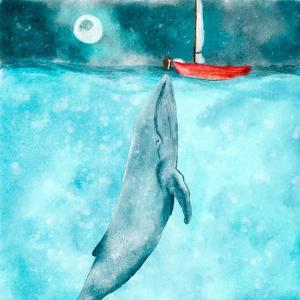 With social media came the decline of civility