There are life lessons to be learnt from the way Sharad Pawar handled the Maharashtra political crisis.
Syed Firdaus Ashraf presents five learnings. The past one month since the Maharashtra election results were declared, the state has been in a state of turmoil.

All of that changed last weekend when the Bharatiya Janata Party's Devendra Fadnavis was sworn in for a second term as chief minister in an overnight move that shocked everyone.

But within 48 hours, one man --- Sharad Pawar of the Nationalist Congress Party -- turned it all around, proving to be the real game-changer in Maharashtra politics. Thanks to his exertions, Fadnavis was out, and Uddhav Thackeray of the Shiv Sena is the next chief minister.

Here are five key lessons we can all learn from Pawar, Maharashtra's man of the moment.

1. Keep everyone guessing about your next move

When the crisis broke out in the state, Sharad Pawar went all out with the Shiv Sena.

But he did not carry the support letter from his MLAs.

He also did not have the Congress party's support letters either, thus putting the Shiv Sena in a fix and ultimately forcing the governor to clamp central rule in the state.

Soon after, Pawar met Prime Minister Narendra Damodardas Modi and Home Minister Amit Anilchandra Shah leading everyone to speculate if his party was joining hands with the BJP.

Later, Pawar clarified that he had gone to discuss the drought situation in Maharashtra with Modi.

In fact, till Tuesday, November 26, no one knew what Sharad Pawar was up to and whose side he was playing on -- the Shiv Sena's or the BJP's.

2. Never be afraid to take on powerful people

Very few leaders would have the courage to take on the seemingly invincible duo of Modi and Shah.

In the last few years, most of the BJP's opponents -- including the powerful Karnataka Congress leader D Shivkumar and former finance minister P Chidambaram -- have landed in jail for their alleged wrongdoings as government prosecutors kept the heat on them in the courts.

Before the election, Sharad Pawar was to be summoned by the enforcement directorate in an investigation into an alleged money laundering racket in the Maharashtra State Co-operative Bank.

Without wasting time, he volunteered to go to the ED office rather wait for the agency to call him.

Thousands of Pawar's supporters immediately landed up at the ED office before he could even set out, forcing Mumbai Police Commissioner Sanjay Barve to ask Pawar not to visit the ED office 'at the moment'.

It is this quick thinking and daring that have always worked in Pawar's favour.

The call from the ED's office also worked in other ways for Pawar.

It led to a sympathy wave for him among voters, especially in western Maharashtra from where he hails.

Before the assembly election, there was little chance that the Sharad Pawar-led Nationalist Congress Party and Congress would be part of the state government.

The Congress was comatose in the state, with Pawar being the lone leader taking on the might of Modi and Shah.

Pawar campaigned relentlessly. In fact, one particular picture of the NCP leader addressing an election rally in pouring rain went viral and perhaps changed the party's fortunes in Maharashtra.

Pawar did not win big -- his party only secured 54 of the 123 seats it contested.

Nevertheless, the numbers were good enough to stop the BJP from claiming a majority and forming an independent government in the state.

4. Be patient and wait for the right opportunity

After the elections, it became immediately clear that the Shiv Sena was not keen on forming a government with the BJP.

There was a clear rift between both parties over the chief minister's post.

Sharad Pawar did not immediately jump into the picture, but displayed tremendous patience to wait for the right time and opportunity.

He always maintained that the mandate from the people was for the BJP-Sena and not for the Congress and NCP.

It was only when the rift became more obvious that Pawar moved in.

He convinced the Shiv Sena and Congress to come together on his terms by suggesting a common minimum programme.

It is still not clear if Ajit Pawar was sent by Sharad Pawar to join the BJP government or if the nephew indeed revolted against the uncle.

In the midst of this revolt, even when the BJP formed a government with Ajit Pawar, the senior Pawar did not sack his nephew from the NCP.

He continued hobnobbing with Shiv Sena and Congress leaders, but never said a word in public against his nephew, except for the fact that he did not support his move of joining hands with the BJP.

Sharad Pawar replaced Ajit Pawar as the NCP's legislature party leader, but did not sack Ajit from the party's primary membership.

For him, family mattered most.

He could have politically annihilated Ajit, but he didn't.

Like we often say in India, 'subah ka bhoola agar shaam ko ghar aa jaye toh use bhoola nahi kehte (those who repent their mistakes should be forgiven).'

Syed Firdaus Ashraf has reported on Maharashtra politics since the 1990s. He can be reached at firdausa@rediff.co.in 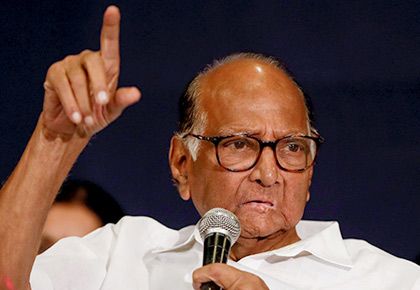 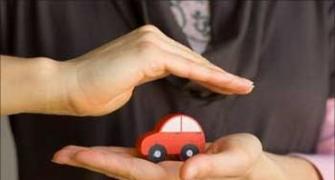