'It's KKR vs Pune Warriors, not Sourav Ganguly' 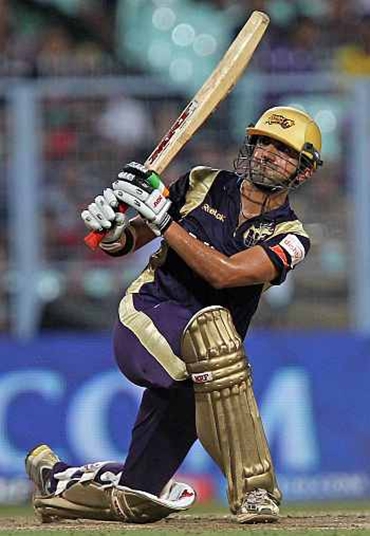 Loyalties may be divided for the much-anticipated clash, with many seeing it as a revenge outing for Ganguly, who was snubbed by the Knight Riders and remained unsold in the auction after a bitter three-season association.

But Pune Warriors gave Ganguly a fresh lease of life by appointing him the team's skipper. Now, he is all set to lead the side from the visitors' dressing room for the first time at his 'home ground' Eden Gardens.

"It's just the media that is creating the hype. For me, it's just another game of cricket. Sourav is an individual. We are playing against Pune Warriors and not against Sourav Ganguly," said Gambhir, on the match eve of the match.

"We always play for the pride of Kolkata. We will always do that, whether we get the support or not. We go out there to make people happy and bring joy to them. Our job will be the same, whether we would be the away or home team tomorrow. We will keep playing for Kolkata be it tomorrow or near future," the left-hander added. 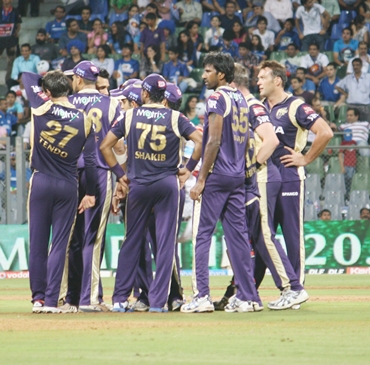 Knight Riders' bowling consultant Wasim Akram had reportedly touted the match as that of an India-Pakistan clash, but Gambhir disagreed.

"We are playing against Pune Warriors and there is no such rivalry as Pakistan. India and Pakistan is a completely different ball game," he said.

"That's his (Akram's) view of looking at tomorrow's game. For me, it's another game of cricket. There is nothing so-called India vs Pakistan.

"It's important to a certain extent. To win a game you need to play well on that given day. I've always maintained that it's just another game of cricket. We will approach the same way as we have approached all the other games. Ganguly may be struggling with his team in a four-match losing streak, in sharp contrast to the Knight Riders, but Gambhir said they will not taking the opponents lightly.

"We need to play well and concentrate on our strategy rather than thinking about what opposition is doing. As I said, we are not playing against individuals; we are playing against a team. If individuals are struggling that does not make them a lesser force. Any one of them can fire with the ball or bat and can win the game," he said.

'We have got a lot of depth in our batting' 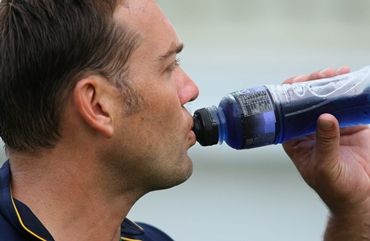 Gambhir is the lone bright spot in KKR's star-studded batting line-up that is yet to fire, but the skipper backed his boys to the fullest.

"Let's talk about the team performances rather than the individual ones. KKR is not about Yusuf Pathan, Gautam Gambhir or Jacques Kallis. KKR is about what we have done as a team," he said, about their four-match winning run which has comfortably placed them second in the table.

"I am not concerned with any form or anything. I'm pretty happy with the performance till now and that's what we are looking to do in future as well.

"We have got some finishers. We have got a lot of depth in our batting. Someone will get the opportunity to finish the game tomorrow as well. It's not how you start, it's about how you finish as well," he said.

When informed that it's the spinners who have been outstanding for the side, Gambhir was quick to point out Kallis's spell of 4-0-21-2 in their five-wicket win over Chennai Super Kings in the previous outing. 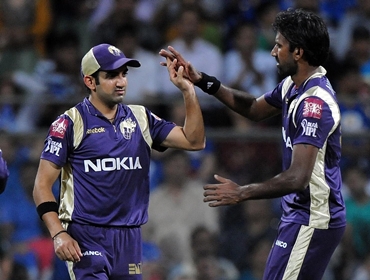 Gambhir has led the team by example, winning three man of the match awards so far, and in their last match chose to hand over the award to youngster Debabrata Das for playing the finisher's role. But Gambhir said, "Captains are only as good as his team. Captain does not win games. It's just the planning that they do. It's the 11 men on the field that contribute. Captain can only be successful if you have the people to execute those plans. It can be a failure as well if you don't have the people to execute them."

Gambhir said there is no injury concern in the team, indicating that Laxmipathy Balaji has recovered from a hamstring strain.

"There are no injury worries. All of us are raring to go."

Tags: Gambhir , Laxmipathy Balaji
More
© Copyright 2022 PTI. All rights reserved. Republication or redistribution of PTI content, including by framing or similar means, is expressly prohibited without the prior written consent.
Write a
Comment
Print this
article