Sign in  |  Create a Rediffmail account
Rediff.com  » Cricket » 'Zaheer still needs to do lot of bowling to get fit'

'Zaheer still needs to do lot of bowling to get fit' 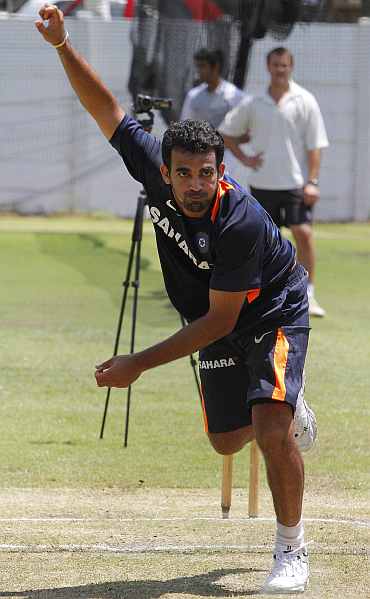 Former India captain Sourav Ganguly feels India's pace spearhead Zaheer Khan needs to bowl a lot in order to be fully fit for the first Test against Australia starting on the Boxing Day.

"I feel Zaheer is still not hundred per cent fit and we can't afford to have a 50 per cent fit Zaheer Khan in Australia. For India, Zaheer still needs to play a lot more matches and for that he needs to be fully fit. One Ranji Trophy game is not enough," Ganguly said.

"Still there are 24 days left and I believe he will play another Ranji game as well as two practice matches in Australia. The BCCI has planned his scehdule well unlike 10 years back when I had to appear for a fitness test only 10 days prior to an important tour," Ganguly added.

'Ashwin is a gifted cricketer' 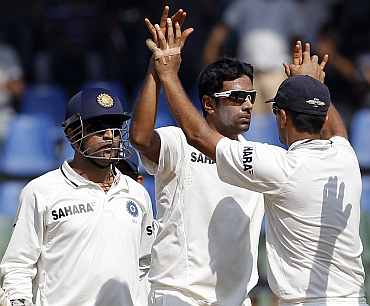 Ravichandran Ashwin may have had a dream start to his Test career, but Ganguly maintained that bowling in Australia conditions will be an altogether different challenge for the Tamil Nadu tweaker.

"Ashwin is a gifted cricketer. But bowling in India with SG Test balls against an inconsistent West Indies batting line-up is completely different from bowling with Kookaburra balls. Also the quality of batsmanship will certainly be higher," Ganguly assessed.

"We should have a good young pacer whoever it is. As far as Irfan is concerned, I have heard that he is bowling well, but my question would be whether he is good enough to get into the team on his bowling alone," he said.

'Don't judge a Ponting, Tendulkar or a Dravid by their age' 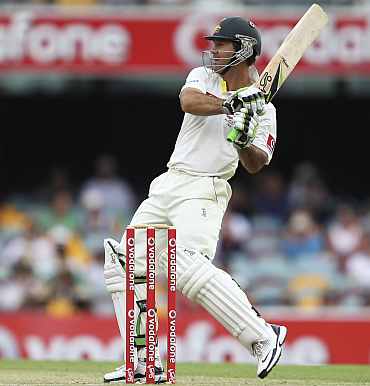 Ganguly seemed delighted that Ashish Nehra is playing the longer version, although the seamer himself is reluctant about playing day's cricket.

"It's nice to see Ashish playing day's cricket. Also he is getting wickets which is a good sign. I don't think that not being in central contracts is an issue. He is only 32 and still can play for India for sometime.

"For someone who has always felt that skill has nothing to do with age, it was no wonder that he found former New Zealand all-rounder Chris Cairns' jibe at Ricky Ponting being an "elephant in the dressing room" as a "ridiculous" statement.

"He (Cairns) said that yesterday and today I guess Ponting batting close to 70 (67 batting). I have always said this and I maintain, please don't judge a Ponting, Tendulkar or a Dravid by their age." 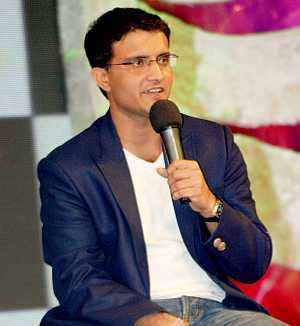 On a different note, Ganguly who is also the chairman of the BCCI technical committee feels that something needs to be done regarding the structure of Ranji Trophy format.

"I know there are times when the second innings becomes immaterial unlike our match today against Haryana. But certainly we need to look at possibilities whether we can make it a five-day affair," he said.

He has seen a presentation on VJD method the rain rule used for domestic matches and he replied with a smile, "I found it complicated just like the D/L method during my playing days."