Sign in  |  Create a Rediffmail account
Rediff.com  » Cricket » 'We don't rotate, mate. If you're fit, you play' 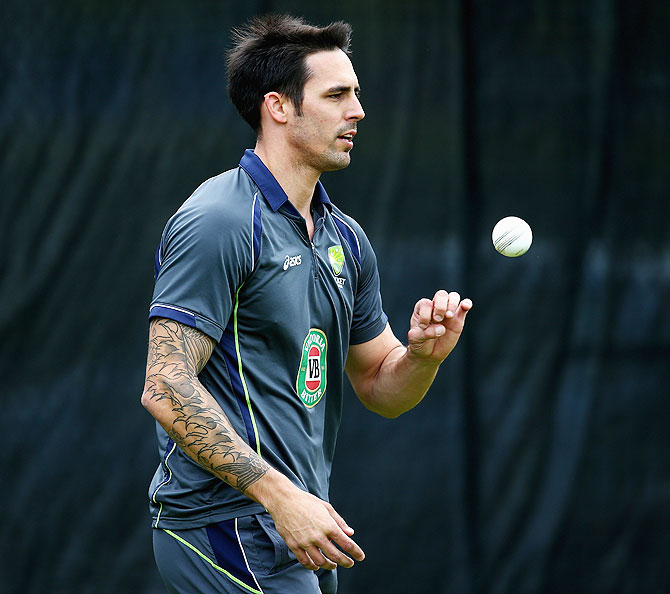 Australia coach Darren Lehmann has dismissed suggestions Ryan Harris could be rested for the second Ashes Test against England by promising to keep the same attack that proved so potent in Brisbane for next week's match in Adelaide.

Despite resisting the temptation to change his bowling options, Lehmann told reporters in Adelaide on Saturday that his pacemen were likely to adopt different tactics on a pitch that historically favours batsmen.

The quick turnaround between the second and third Test, in Perth, prompted media speculation that Australia might look to rest the injury-prone Harris to keep him fresh for the more seamer-friendly WACA pitch.

'We're not changing our stance on that' 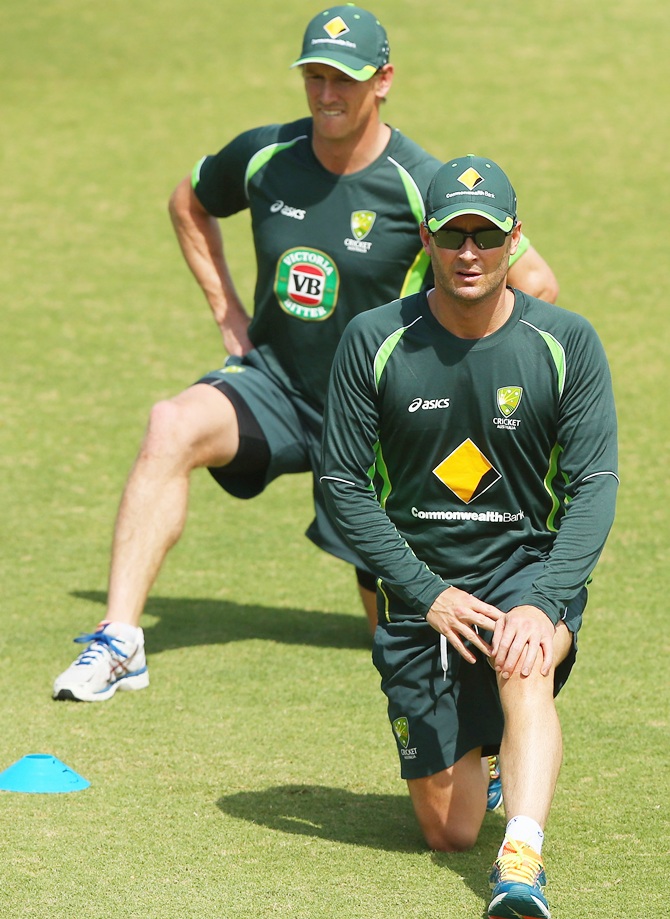 Australia have retained the same 12-man squad that dished out a 381-run hammering of the tourists at the Gabba to take a 1-0 lead in the five-match series and Lehmann ruled out any plans to rotate his quick bowlers in Adelaide.

"I have said that all along - we're not changing our stance on that. If he is fit to play, he will play.

"We don't rotate, mate. If you're fit, you play. The best 11 will play for Australia each and every game."

'We might have to come up with a few different plans' 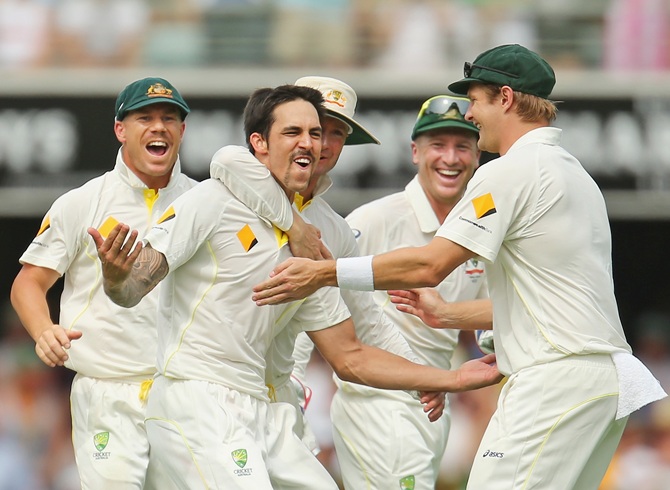 At the Adelaide Oval, Australia's pacemen were unlikely to extract the same amount of bounce than they had at the Gabba so the attack would look at different options to tame the English batsmen, the 43-year-old Lehmann said.

"We might have to come up with a few different plans," the former batting all-rounder added.

"We will have to play a different style in this game but still be very aggressive in what we do.

"In Brisbane obviously, it had some pace and bounce in it. Adelaide might be a bit different, but it might reverse a bit more and spin a bit more.

"So we just have to sum that up as we go. The key is first innings of both sides, making sure you make some big runs or limit the opposition." 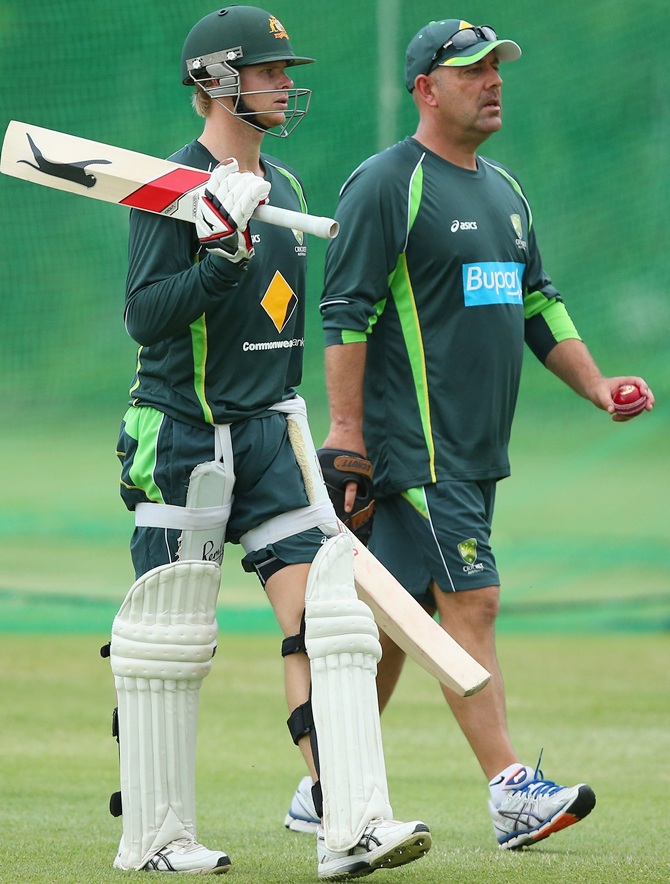 Lehmann also said that Australia would not dwell on Jonathan Trott's stress-related problem during the second Test, adding that he had spoken to opener David Warner, whose comments about the England batsman were labelled as "disrespectful".

England's number three batsman left the tour to deal with the issue a day after the comprehensive defeat in Brisbane, where Warner had described Trott's second innings dismissal as "pretty poor and weak".

"We have spoken about it, you're probably referring to David Warner more than anyone. I have spoken to David and we have dealt with that in-house," Lehmann said.

"He (Warner) understands where the line is. I think he said himself he crossed the line so that is a better understanding of the game.

"Obviously we didn't know what was going on with Jonathan Trott. And that certainly won't be talked about in this Test match at all.

"We wish him all the best in his recovery. So from our point of view, Jonathan Trott, we're not talking about this Test match."