Tendulkar walks out with new-look bat in final Test 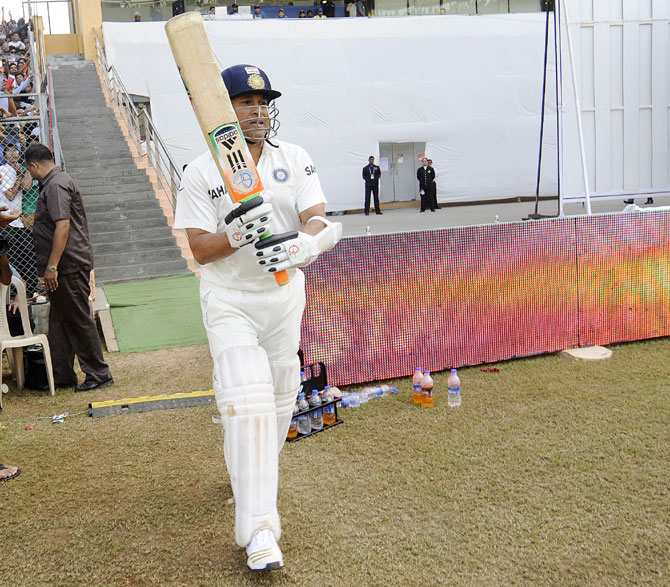 Appearing in his 200th and final Test, iconic Indian batsman Sachin Tendulkar's willow sported a new look when he walked ut to bat at the Wankhede stadium on Thursday.

With the Indian bowlers doing a remarkable job to bundle out the visiting West Indies before the tea session for a paltry 182 and India losing its openers in quick succession, the crowd got what they had come for.

The 40-year-old Tendulkar walked in to bat following Murali Vijay's dismissal amid a deafening chant of his name even as the giant screen flashed the message -- 'don't even blink'.

'On the field, Sachin's bat does all the talking' 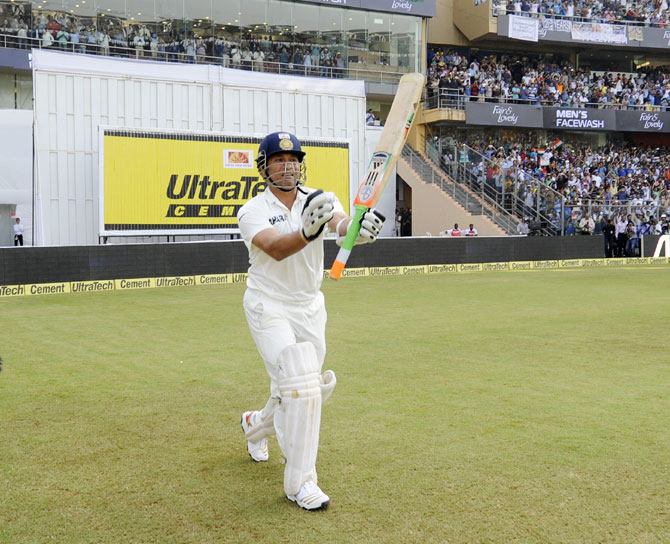 There was a new manufacturer's sticker on the blade and the grip featured the tri-colour.

Tendulkar, who usually has a black grip on his bat, had a tricolour around his sponsor's logo, specially designed for his final appearance.

"On the field, Sachin's bat does all the talking and every stroke from his blade is driven by his passion for India and with the intention of making India win. Sachin wanted to dedicate his career to the country and use his adidas-ST bat as a symbolic representation of his commitment, Tushar Goculdas, Brand Director, adidas India said.

'On the field, Sachin's bat does all the talking' 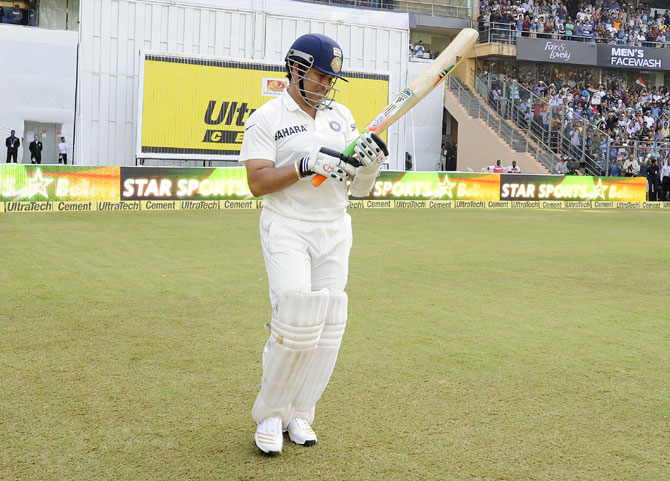 Image: Sachin Tendulkar of India walks to bat during day one
Photographs: BCCI

Over the last few days, we worked very closely with the master to create this special bat featuring the Indian tri-colour, with which he will play his final Test."

This limited edition adidas-ST bat will be displayed at select adidas stores across the country for the fans.

Sachin was unbeaten on 38 at stumps on Day One.