'Ponting's a massive void to fill in terms of leadership' 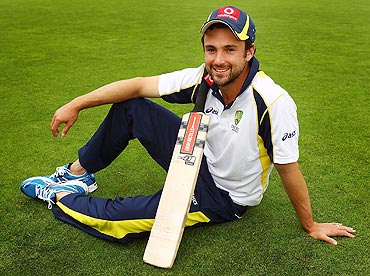 Ricky Ponting's retirement has left a big leadership void in Australia's Test side and other players will have to step up and lead by example in the upcoming series against Sri Lanka, according to opening batsman Ed Cowan.

"(He's) the greatest Australian batsman in the modern era. Of course we'll miss him," Cowan said in Hobart, where Australia will host the first of a three-Test series against Sri Lanka starting on Friday.

"(It's) not just what he does on the field ... it's what he gives the group off the field. But that's now in the past.

"It's up to us, as the other guys in the group, to step up. And there's a big void to fill in terms of leadership.

"And I'm not talking about the captaincy. Good teams don't have one leader, they have five or six guys who take that role on -- not tactically, but leading the group at training which Ricky did, and around the change-rooms, so it's a great challenge for other guys to step up.

"That's the other side of the coin."

Australia searching for right combination top of the order 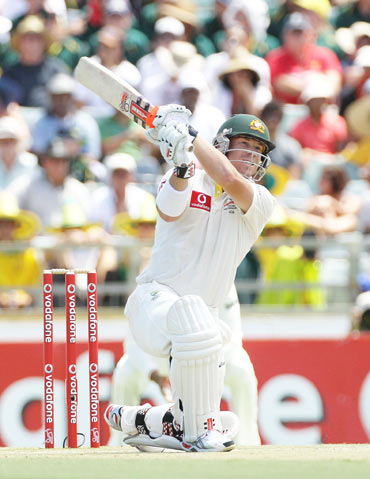 Following three consecutive failures with the bat, Ponting scored eight in his final innings as South Africa ruined his Perth farewell with a 309-run rout to win the series 1-0.

The sudden departure of the 37-year-old Tasmanian, who batted at number four in recent years, has left Australia scrambling to work out a succession plan for its batting order.

In replacing Ponting, Australia has thrown another lifeline to Phillip Hughes, who has already been dropped twice in his four-year Test career for proving consistently susceptible to short-pitched bowling.

The addition of another specialist opener in Hughes, however, along with current openers Cowan and David Warner and all-rounder Shane Watson, who has enjoyed his best batting at one or two, has stoked further debate in Australia about the right combination ahead of back-to-back Ashes series in 2013. 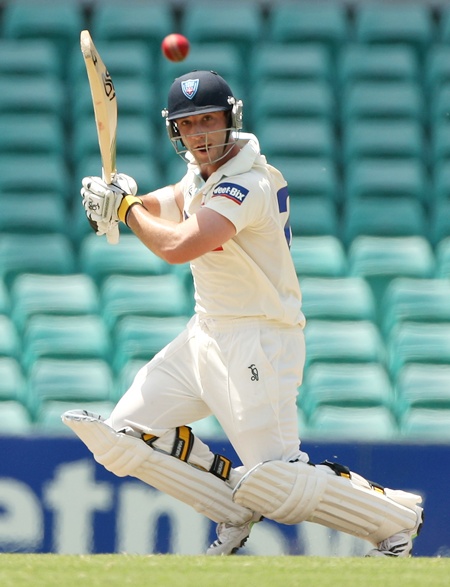 Cowan said Hughes was a much-improved player, having worked on his technique for a year after being dropped in the wake of Australia's drawn Test series with New Zealand.

"My only concern is every time he gets out someone will want to mention it," he said.

"That's just what people have to deal with."

Hughes's batting mentor Neil D'Costa, who helped Australia captain Clarke work through a slump in form in the wake of Australia's home Ashes loss in 2010/11, also backed the 24-year-old to cement his place in the side.

"To me, the painting is not finished. Phil is not even close to being at the top of his game yet.

"The guy has just turned 24 and has 20 first-class centuries. How many other blokes his age in the game today can match that?

"I think of where he will be when he is 26 to 30 and the cricket world should be scared, because when Phil builds a complete game, there will be no stopping him."