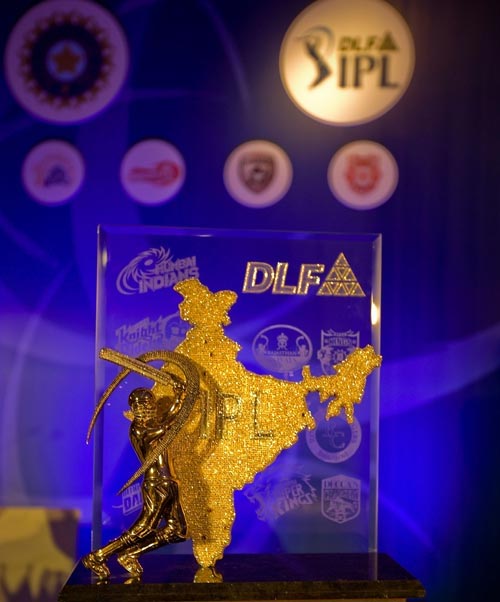 Cricket fever will reach its peak again next month when the sixth edition of the Indian Premier League kicks-off.

Seventy-six matches, spread all across the country, will see the leading international cricketers battle it out against each other in the Twenty20 format.

This year's IPL has a new team in Sunrisers Hyderabad, which was formed when SUN TV network took over Deccan Chargers after Board of Control for Cricket in India axed the franchise, after its owners failed to produce a Rs 100-crore bank guarantee before the Bombay high court, a condition that had been set for the struggling team's survival in the league.

New additions, like Ricky Ponting, to the teams from this year's players' auction will add to the excitement and the hype. The former Australia batting ace and skipper was snapped up by Mumbai Indians and named as captain, while young Virat Kohli will lead Royal Challengers Bangalore.

A look at how the teams stand ahead of the tournament, which commences on April 3: 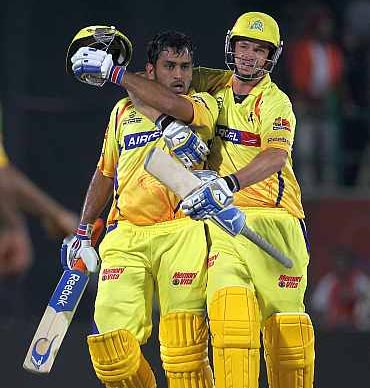 Chennai Super Kings is the most successful team in the IPL, having won the tournament twice, in 2010 and 2011, and finished runners-up as many times.

Led by Mahendra Singh Dhoni, who is on a high after leading India to a 4-0 rout of Australia in the just-concluded Test series, they go into the tournament with a relatively unchanged squad. India's latest cricketing sensation Ravindra Jadeja will be the one to watch out for among the men in yellow.

They also boast of other T20 specialists in Suresh Raina, who leads the tally for most runs in IPL, and the in-form Murali Vijay, who always enjoys playing T20s.

Without no doubt, the Super Kings start as favourites for the title this season too. 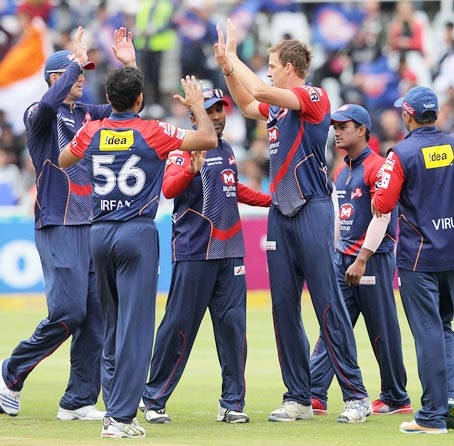 Delhi Daredevils will play under a new captain Mahela Jayawardene, Virender Sehwag having stepped down before the Champions League last year.

Originally, Delhi boasted of one of the most explosive batting line-ups in the league, featuring the likes of Mahela Jayawardene, Virender Sehwag and David Warner, but Kevin Pietersen and Jesse Ryder absence, due to injuries, will affect them badly.

Youngster Unmukt Chand will be the player to watch out for following his impressive performances at the domestic level for Delhi. He captained India to the Under-19 World Cup title last year and hit a match-winning century against Australia in the final last year. 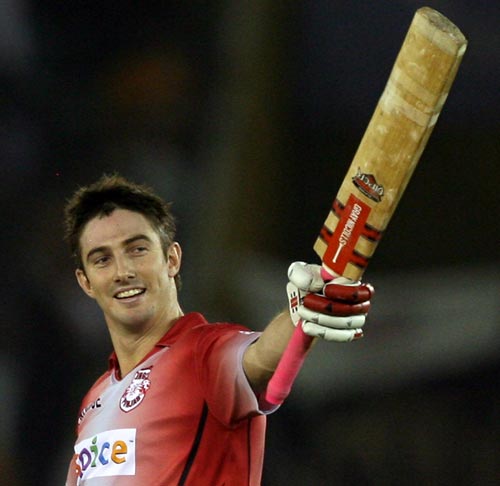 Kings XI Punjab's hopes will be driven by their aged star players in captain Adam Gilchrist, batsman David Hussey and all-rounder Azhar Mahmood, who made a good impression last year.

Shaun Marsh has been one of the most consistent batsmen in the IPL and Punjab will be hoping his continues his love affair with India again this season. Praveen Kumar, who was dumped from the Indian team and also had a few disciplinary issues in domestic cricket, will be looking for a good showing with the ball to launch a comeback.

Paul Valthaty was a revelation with the bat a couple of seasons ago, but since then lost touch. He too will be keen to get among the runs times.

All eyes will be on Sandeep Sharma, India's star bowler at the Under-19 World Cup. Can he make a mark on the big stage?

Kings XI will also hoping Piyush Chawla clicks with his leg-spinners and power hitting down the order. 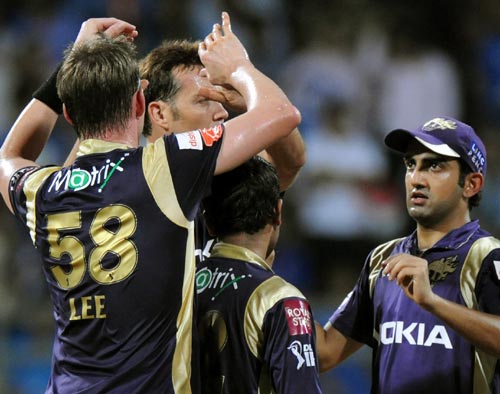 Defending champions Kolkata Knight Riders are among the favourites. They have one of the most complete squads in the tournament, with back-ups for every position.

Captain Gautam Gambhir, who will be looking to lead from the front with the bat, and counting on support from experienced players like Jacques Kallis and Brett Lee.

In Brendon McCullum and Yusuf Pathan they have two of the most dangerous batsmen in T20 cricket, while Sunil Narine can be a threat with the ball. Remember, his mystery spinners rocked the tournament last year?

Kolkata also have a load of other international players in James Pattinson, Shami Ahmed, Shakib Al-Hasan, Ryan ten Doeschate and Manoj Tiwary among others.

Sri Lanka off-spinner Sachithra Senanayake will be the player to watch out for. He is relatively unknown but considered a dangerous bowler in T20 cricket. That's why he was picked up by KKR for $625,000! 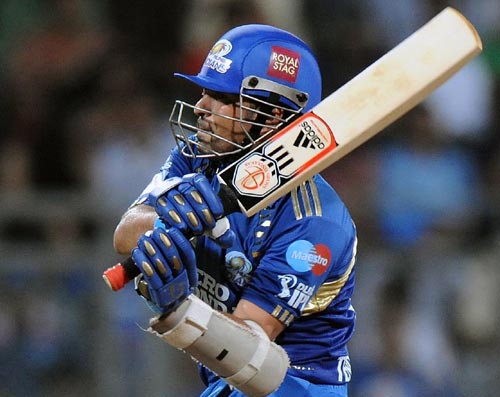 Mumbai Indians have a completely new set-up this year, with Ricky Ponting taking over the captaincy from Harbhajan Singh and John Wright named the head coach in place of Robin Singh. Anil Kumble took over the chief mentor's role from Shaun Pollock.

Mumbai stunned many at this years auction when they forked a mammoth $1million to purchase little-known Australian off-spinner Glenn Maxwell.

The West Indies' Kieron Pollard will be the player to watch out for in this side. He has the ability to change the course of a match with his big hitting. His medium pace also makes him useful bowler. 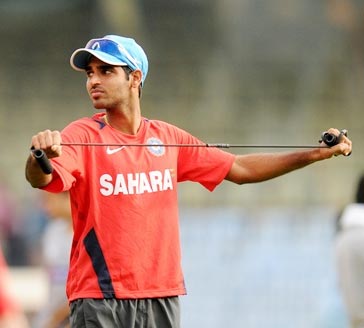 Pune Warriors India were dealt a big blow even before the start of the tournament when captain and batting mainstay Michael Clarke was ruled out with injury.

Their hopes will largely rest on dashing batsman Yuvraj Singh, who is back in the team this year after missing the last edition to recover from lung cancer. Sri Lanka's talented all-rounder Angelo Mathews will lead the team in Clarke's absence.

Pune made an interesting trade during the transfer window by buying New Zealand's dangerous batsman Ross Taylor, swapping him for Ashish Nehra.

Pune also secured the services of Sri Lankan mystery spinner Ajantha Mendis, for $725,000, while they also bought Kane Richardson and Abhishek Nayar, who had a terrific domestic season for Mumbai.

Mathews lends a lot of balance to the team and so does Jammu and Kashmir's Parveez Rasool, who was a big hit last season in domestic cricket. Steven Smith and Tamim Iqbal are two other T20 specialists who will be expected to revive the team's fortunes this year, while Manish Pandey, Rahul Sharma and Robin Uthappa will also be looking to impress.

Bhuvneshwar Kumar will be the player to watch out for, the young seamer having impressed with the ball in the recently-concluded Test series against Australia. 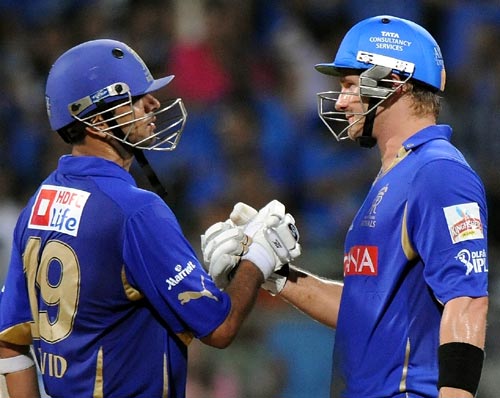 Rajasthan Royals were the surprise winners of the inaugural IPL in 2008 but since then failed to live up to expectations.

Rahul Dravid will lead a young side brimming of talent and expectations, but not many will bet on them going all the way.

The team will be counting on the experience of few ageing players in Brad Hodge, Brad Hogg and Owais Shah.

Shane Watson is their key player. He may have struggled in the just-concluded India Tests, but he is known to excel in the shortest format.

They there is Ajinkya Rahane. He will look to continue his impressive record with the Royals.

Watch out for two uncapped Indian players -- Stuart Binny, son of former India all-rounder Roger Binny, who has had a good couple of seasons in domestic cricket for Karnataka, and Kerala's Sachin Baby. 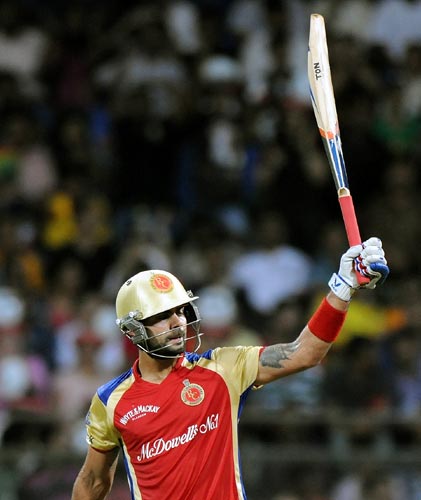 Royal Challengers Bangalore have handed Virat Kohli the responsibility of leading the team this season. He is one of their top batsmen over the years and will again hold the key to the team's progress this season.

Their batting line-up could send shivers down the spine of many a bowler in the IPL. Chris Gayle took the IPL by storm last season and will be their player to watch out for, while Tillakaratne Dilshan and AB de Villiers can shred any bowling attack to pieces on their day.

They also have two of the best spinners the world has seen in Daniel Vettori and Muttiah Muralitharan, who have showed they can be equally effective in T20 cricket.

Then, there's the in-form Cheteshwar Pujara. He will be looking to prove his verstality with the bat. This time, he will definitely be in the playing eleven unlike the previous editions. 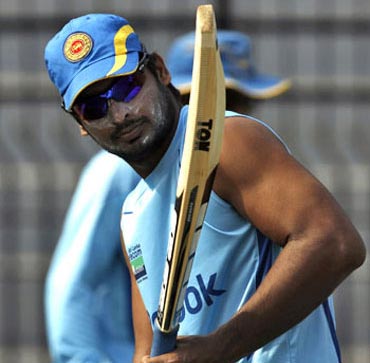 Sunrisers Hyderabad are the latest entrants to the IPL and will be keen to make an impact from the start. However, their line-up doesn't inspire confidence.

Their set-up has some of the biggest names in cricket. Tom Moody is the coach, former India batting great VVS Laxman the mentor and Waqar Younis the bowling coach.

India's batting sensation Shikhar Dhawan will the player to watch out for after his smashing century against Australia on Test debut.

Kumar Sangakkara, who will continue as skipper, is another name to reckon with, as are fast bowler Dale Steyn and Ishant Sharma.

Thisara Perera was their biggest purchase at this year's auction, for $675,000. The franchise will be counting on him to play a stellar role both bat and ball.

Darren Sammy, Sudeep Tyagi, Clinton McKay, Nathan McCullum and Quinton De Kock were the other players, who were bought this year.