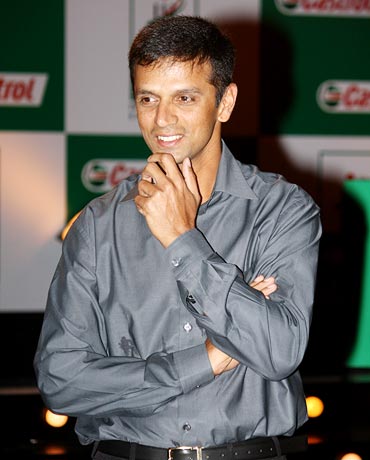 Former India captain Rahul Dravid has said that one of the benefits youngsters can reap by competing in the IPL is that it gives them the experience of playing in front of large crowd even before representing India, besides giving them opportunities to share the dressing room with legends.

Dravid, along with another former India cricketer and expert Sanjay Manjrekar, was in the capital today for the launch of promising Delhi player Unmukt Chand's book titled The Sky is the limit.

"He (Unmukt) should carry the good part of the IPL to first-class cricket. It gives these youngsters a chance to share dressing room with big players. They can learn a lot from them.

"Besides that it gives them a chance to play in front of large crowd even before playing for India," Dravid said. 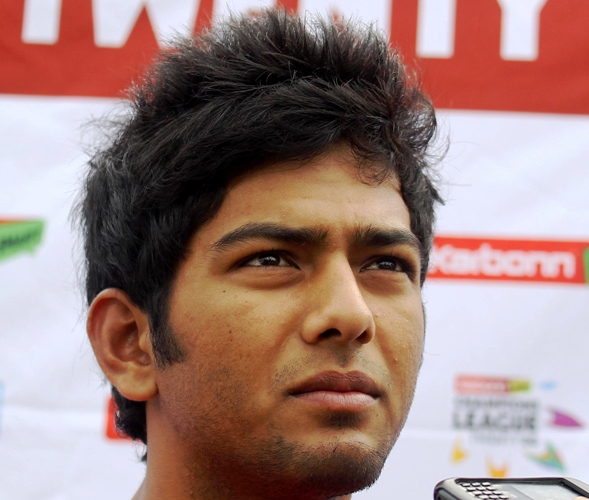 On Unmukt, Dravid said, "The first time I met the U-19 team was when their coach (Bharat) Arun asked me to give these guys a talk. I told them whatever I felt I should say.

"After that started a question and answer round. I didn't know Unmukt at that time but he asked really intelligent questions."

Barely 20, Unmukt has already done enough on the cricket field since he picked up the willow for the first time 14 years ago, and the promising young Turk's diary took the shape of a book that encapsulates India's triumph at the 2012 Under-19 World Cup last year.

'I talked to people how should I start' "I always had this habit of keeping diaries. I didn't know one day it will turn out to be this big. When I thought about writing this book I didn't know how to approach it.

"I talked to people how should I start. They told me to go through my diaries and write something at least. I started this book from when 30 of us gathered at the NCA to prepare for the World Cup," he said of the book.

Unmukt said right from the beginning his team always believed that it could win the World Cup and that belief played a big role in the triumphant campaign.

"We have always believed that we could win the World Cup and our aim was to bring the Cup back," Unmukt said. As captain of the side, Unmukt led by example as he scored a brilliant century in the title clash against Australia to guide his team to victory.