I don't think we have reached must-win situation: Dravid 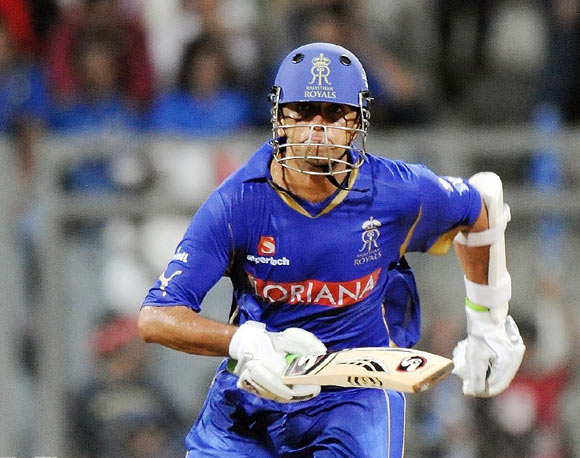 His side might have suffered fourth defeats on the trot but Rajasthan Royals captain Rahul Dravid is in no mood to press the panic button yet, saying they have still not reached 'must-win' situation in the ongoing Indian Premier League.

Rajasthan lost to Delhi Daredevils by six wickets on the home turf last night to drop to the sixth position in the standings with eight points from 10 games.

But with six matches still left, Dravid said all is not lost for the Jaipur outfit and a win will get their campaign back on track.

"We have six games left and I don't think we have reached must-win situation. First we want to win one and get back to our winning momentum which we have lost for a while. We are looking one match at a time. A win will put us back on the road," the Rajasthan skipper said at the post-match press conference on Tuesday night.

"In the previous edition 16 points were enough to reach the play offs but who knows a few rain curtailed matches could change the whole scenario. I don't look at the table but we wish to win every game," Dravid added. 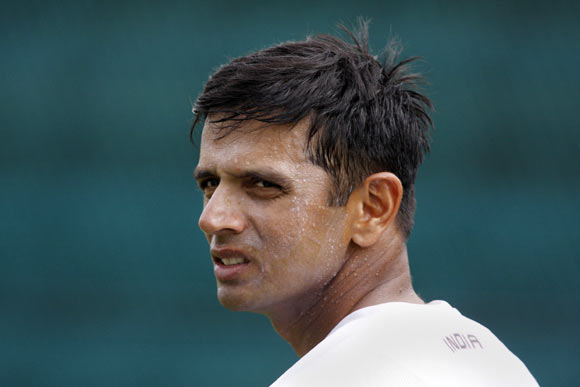 Dravid feels despite having a strong line-up, Rajasthan did not bat well in the middle overs against Delhi on Tuesday night.

"It was a combination of good bowling (by Delhi Daredevils) and bad batting (by Rajasthan). We were going well at one stage but suddenly 4-5 wickets fell and there after we could not recover," said Dravid, who who played a fine 57-run knock and together with Ajinkya Rahane (42) added 71 runs opening stand.

Asked whether Rahane's reverse sweep against Pawan Negi that led to the batsman's dismissal started the slide for Rajasthan, Dravid refused to play the blame game.

"No, I would not like to blame anyone. You have to be positive and take few chances too. We were well placed at that moment but lost few quick wickets. We were looking for 170-180 score which could have been competitive. But we did not bat well," he said.

'Shane Watson can be destructive' 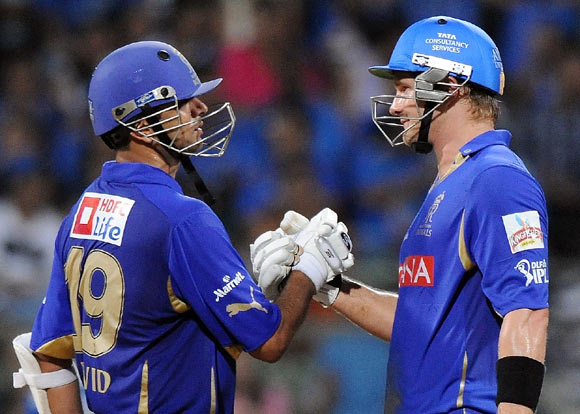 Dravid also heaped praise on young Delhi left-arm spinner Pawan Negi, who restricted Rajasthan to the modest total with impressive figures of four for 18 from his four overs.

"The youngster really bowled well. He stuck to his discipline and line but there were poor shots too. We were trying to increase the pace of the innings," he said.

Asked whether Australian import Shane Watson was fit and had recovered from jet lag, the Rajasthan skipper said, "He had participated in practice session and was bowling well. With injury to Kevin Cooper we had to include an all-rounder in the team. Shane will improve with every match.

"You know about his capabilities. He can be destructive."