Sign in  |  Create a Rediffmail account
Rediff.com  » Cricket » We are keen to end the summer unbeaten: Strauss

We are keen to end the summer unbeaten: Strauss 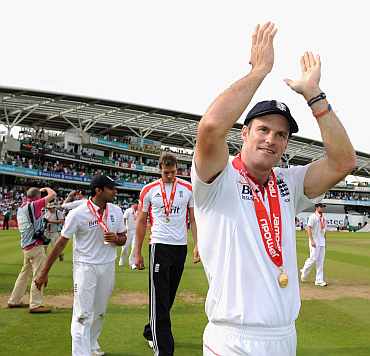 England would be keen to end the summer on a high note by remaining unbeaten in the upcoming ODI series against world champions India, said Test skipper Andrew Strauss after handing out the visitors a 4-0 whitewash.

"It's an opportunity to take on the World Cup winners. There's plenty to be excited about. We are very keen to finish the summer again being unbeaten," said Strauss.

"We've had plenty of questions asked of us, and we've answered those questions. But we've got to start looking towards the winter now," he stressed. 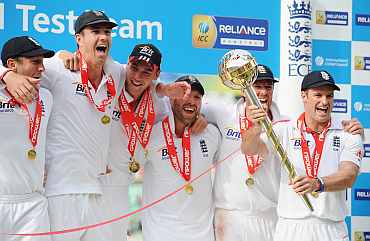 With the Oval win, England have now scored five innings victory in the last 10 months and Strauss said they don't plan any let-up in their methods.

"It's a nice habit to have. A lot our innings wins have come on the back of outstanding bowling, and the batsmen getting stuck in. If you get to a stage halfway through the Test when one side is really struggling, then often you can go ahead and win comfortably. 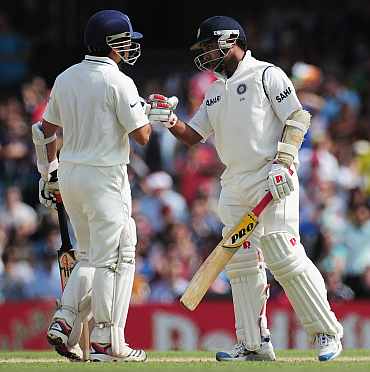 Strauss spoke of the frustration his side went through when overnight pair of Sachin Tendulkar and Amit Mishra stayed put till first half an hour after lunch.

"It looked for a while as though it would be Tendulkar's day. The morning session was very frustrating. When a guy like Mishra gets stuck in for as long as he did, you start questioning 'Is the wicket dead'?

"We were creating half-chances and there were plenty of plays and misses. We needed to keep patience. We were lucky to get three bursts before the new ball and then things happened very quickly," he said.

'This is a good springboard for further success' 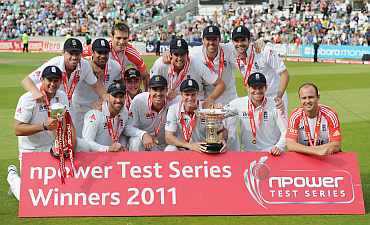 "It did exceed expectations for how well our individuals played. Our batsmen got big scores, the number of bowlers who stuck their hands up at different times. It was very impressive and a good springboard for further success."

The England captain was especially proud of the way his side worked hard for a win in the Oval Test even though they were 3-0 up in the series.

"There is that temptation to take your foot off the gas a little bit. In actual fact we probably had to work harder for this one than any of the others because we had to spend so long in the field having made them follow-on", Strauss said.

'Swann kept creating chances for us' 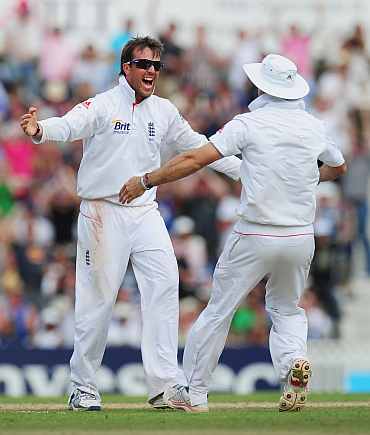 Image: Graeme Swann celebrates after picking up a wicket

"That's what I'm most proud about; the guys were prepared to do that even when they didn't really have to. I think that bodes well for the future.

"The greatest pitfall is the feeling that you've done it all, therefore you're not willing to put in the hard work. I'd be very disappointed if we fell into that trap, it's not what we're about as a unit. If there are any signs of it, it's important to nip it in the bud," Strauss added.

England's off-spinner Graeme Swann finally came good in the series with a six-wicket haul in the Oval Test and Strauss was quick to acknowledge his superb show.

"This was the first one that helped him (Swann) out. He had to toil pretty hard; certainly when the ball got softer and older. The way he stuck at it; he kept creating chances for us which was fantastic."

'Getting a double hundred in the subcontinent will be the goal' 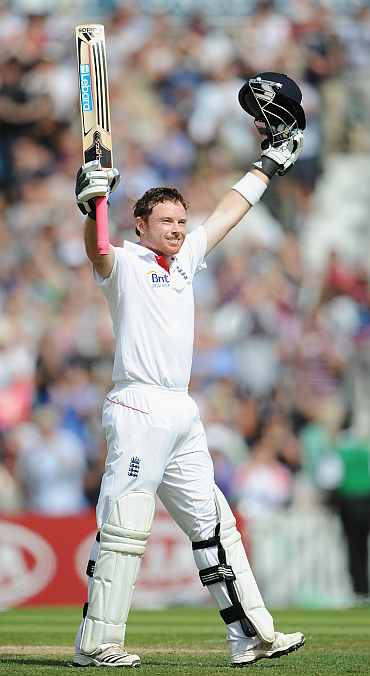 Strauss made an effort to explain why India's famed batting line-up came a cropper in the series.

"If you look at a lot of the sides we've played over the last couple of years, some very good batsmen have struggled against our bowlers. I would prefer to view it as some outstanding bowling performances and obviously, when you get on top of opposition sides, when their confidence is reduced it becomes even harder for them to compete," he said.

"A gradual erosion of their confidence and a gradual increase of ours has been the difference between the sides."

Ian Bell was declared the man-of-the-match for his 235 in the first innings and the middle-order batsman insisted on repeating his exploits in the sub-continent.

"In the subcontinent, it's about getting big scores. I'm not sure when anyone last got a double hundred out there. That will be the goal," Bell said.

'We have worked well together' 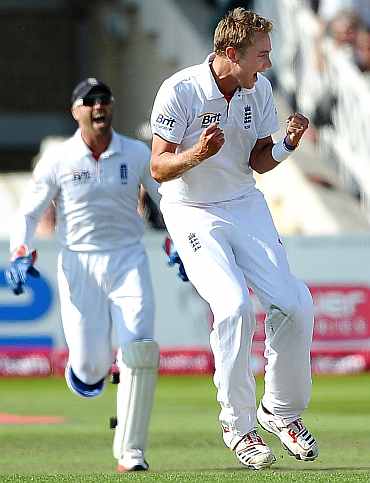 Image: Stuart Broad celebrates after picking up a wicket

Reflecting on the series win, England pacer Stuart Broad has credited pre-series planning behind the success of the home team.

Broad stressed that the series win, which took England to the pinnacle of Test rankings, was the result of coach Andy Flower and captain Andrew Strauss' elaborate planning with the bowlers.

"We have worked well together. (Graeme) Swann has bowled very well on this wicket and we have all bowled to a plan throughout the series. It has been very rewarding," he was quoted as saying in the British media.

'The plans have worked and we are delighted with the results' 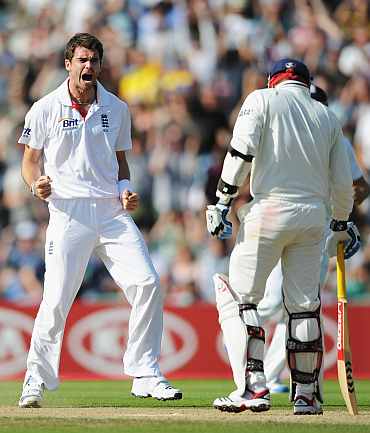 Image: James Anderson celebrates after picking up the wicket of Virender Sehwag

"They (India) have a powerful batting line-up but we set pretty clear plans at the start of the series on how we wanted to bowl -- slightly fuller lengths with the odd bouncer and the wickets we have played on have allowed that.

"The plans have worked and we are delighted with the results," added Broad, who was adjudged England's player-of-the-series.