Team India humbled, but will the fans complain? 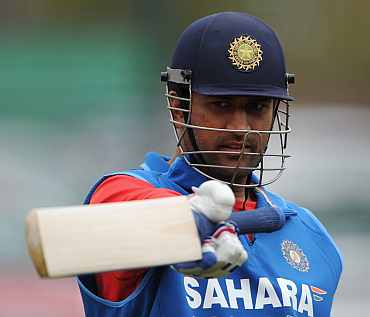 Indian affection borders on extremities. With an overdose of cricket scheduled in the coming months, Bikash Mohapatra says, the humiliation Team India suffered in England will conveniently be forgotten.

Two months back it was difficult to comprehend.

Team India's much-hyped tour of England is over, well almost -- the result of the final one-dayer at Cardiff doesn't really matter.

And with it comes to an end the abject humiliation the national team has suffered in the past eight weeks -- a period during which it not only suffered its first Test whitewash in 37 years (against England), losing all the four Tests, but also surrendered its top ranking, slipping to third in the process.

If that wasn't enough, there was more in store for the team. A defeat in the lone T20 game at Manchester was followed by a loss in the one-day series, meaning the visitors would return home empty-handed. 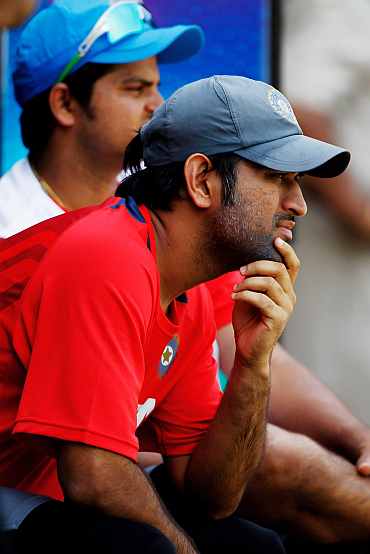 When the Indian team landed in England, in the second week of July, for the high-profile series, it had everything going for it.

The fact about being perennially poor travelers was conveniently forgotten following a few good results overseas in recent years -- the most recent one being a first ever Test win in Durban in January.

India were crowned limited-overs' World champions not long back, were the No.1 ranked Test team and had, for the second straight time, won a Test series in the West Indies, despite having what was largely a second string squad.

Besides, it won the Test series the last occasion they toured England, in 2007. The crowd too was more Indian than English. And, in MS Dhoni, the team had a captain hitherto unaccustomed to losing a Test series.

The combination of all these factors meant Team India was favourites to carry forward their winning run and achieve another historic result in England.

What eventually happened is something the quintessential Indian fan will not like to remember. (The fact that we forget things quickly, rather have short memory, may just help) 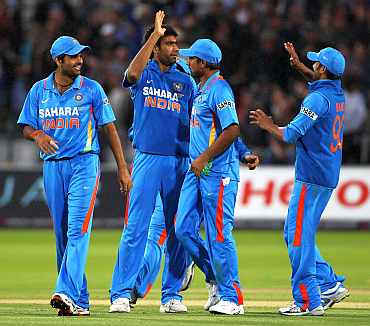 Having said that, it was also a reality check. One that made it clear that it is premature to consider this team world-beaters, a la the great West Indies sides of the 1970s and 80s, or the Australian side in the recent past.

The result also exposed the pitfalls of the cricketing administration, indicated in the lack of planning, and the fact that money had had an adverse impact on the sport. It, again, pointed to the biggest malady afflicting the players: excess!

A look at the team's schedule in the year gone by clearly indicates the huge number of matches it plays in a year, and, consequently, lack of rest for its players and the injuries that follow.

Beginning with the Australian team's tour (late last September) to the ongoing tour, the Indian players have played against New Zealand, South Africa, the World Cup and Indian Premier League (IPL), away in the West Indies and now in England.

Look at the upcoming schedule, and it is apparent that the players won't get much rest in the coming months either, with the Champions League commencing just days after they return from England. Come October, and they play back-to-back home series against England (ODIs) and West Indies, before ending the year with a trip Down Under.

Fans will support the team no matter what 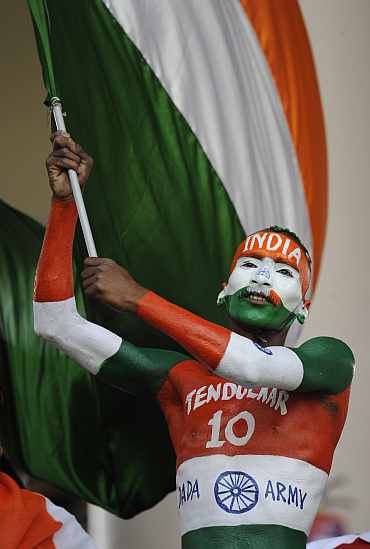 Image: Indian fan with the flag

The fact is Team India is playing too much cricket. The players may (and do) get tired, but ever hopeful Indian fans are never burdened watching the action, be it at the venues or on television.

For them, the team putting up a decent effort, like in the Lord's one-dayer, takes precedence over victory. Eventually they would have been left frustrated with the team's poor show, nonetheless, they will continue savouring the action.

And that is precisely something that makes the administrators plan back-to-back series. The strategy works two-fold.

Firstly, the financial part is taken care of. Then, most importantly, it expedites the process of amnesia. In the euphoria surrounding an upcoming tournament or series, a fan's frustration over the preceding one is conveniently sidetracked.

Case in point being the fact that the Champions League T20 begins four days after the team returns from England.

Humiliation in England will be forgotten 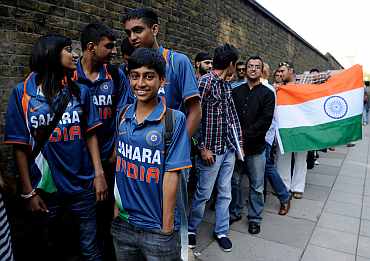 The humiliation in England will now be conveniently forgotten. There will be no stopping ridiculing the opposition. And, then, there is that eternal hope of victory.

Indian affection borders on extremities; cricket is one such.

England tour India next month for a five-match ODI series and the home team will have an immediate chance to get fan fervour back on.

And when England tour India late next year, it will be billed as a series of retribution. Many have already started talking about the same. There will be considerable hype and endless discussions.

When it does happen, we know what to expect: flat tracks, lots of runs, hordes of fans cheering. And, yes, something that didn't on this occasion -- an Indian triumph!