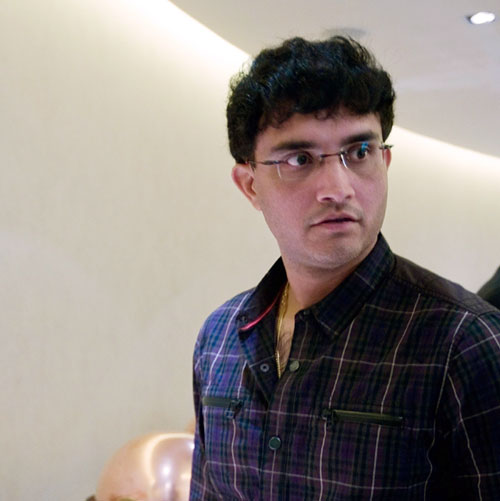 Even as Indian Premier League, commissioner Rajeev Shukla hailed the comeback of Yuvraj Singh into the national side for the upcoming World Twenty20 championship in Sri Lanka, former India captain Sourav Ganguly has expressed surprise at the batsman's inclusion in the team.

Yuvraj has not played competitive cricket since India's World Cup triumph in April last year after he was diagnosed with a rare germ cell cancer.

"I am a bit surprised. I just wish he physically stays well because you know he has come out of a...what can I say, a big disappointment.

"He has recovered, which is the best thing that can happen, but it has not been a long time and I wish and pray he sustains," an apprehensive Ganguly told reporters during the sidelines of a function.

'I am happy that Yuvraj has made a comeback' 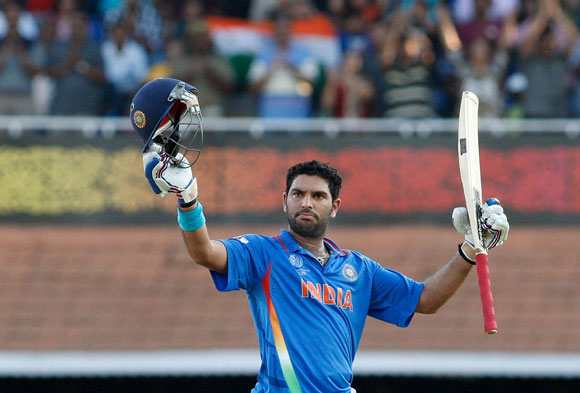 The former skipper, however, welcomed the decision of selectors to pick off-spinner Harbhajan Singh for the T20 competition.

"He is a class act. When you play for a long time you have hiccups. But I am happy that he has made a comeback," Ganguly said.

Shukla while welcoming the decision of the selectors to consider Yuvraj for the World T20 said that his inclusion will be a big boost for the Indian players.

"It is a very courageous effort on part of Yuvraj Singh and everybody should welcome it. It would lift the morale of other players in the team," Shukla said.

'Looking at the Test team, I am a bit disappointed' 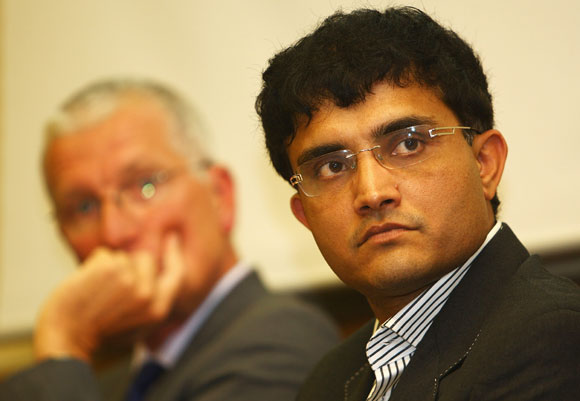 Ganguly, meanwhile, was disappointed with the selection of the Test squad and said the only criterion for making it to the team should be the form and nothing else.

The veteran cricketer in particular was the manner the selectors have retained the same team which received a 0-4 drubbing at the hands of Australia earlier this year.

"Looking at the Test team, I am a bit disappointed. My only point is that it is the same team which lost 4-0 to Australia.

"There has been no change, the only person missing is Rahul Dravid, who has retired. So you lost that series 4-0 and if you have to believe that everything is fine, I am not sure," the batsman said.

'Selection has to on the basis of form' 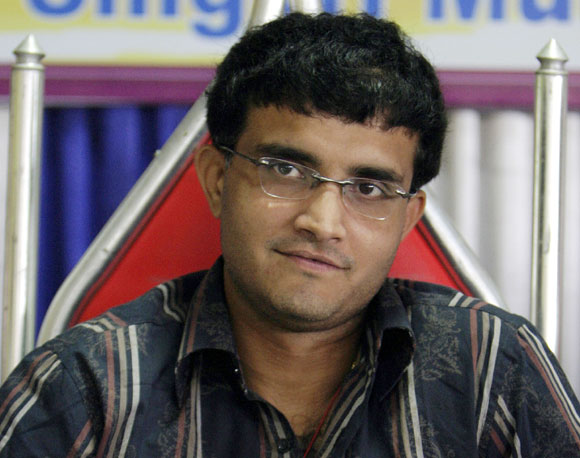 Asked about VVS Laxman's inclusion in the Test team, Ganguly said, "Selection has to on the basis of form, it should not be on the basis of age. And for someone like VVS Laxman what I feel is important is to have a clear picture."

The left-hander was also happy about Lakshmipathy Balaji's return to the national team.

Asked about Rohit Sharma's future, particularly in the longer format of the game, the 40-year-old said, "He has got time. If he gets his head right he will get his form back."

Tags: Laxman , Balaji , Ganguly , VVS , IPL
More
© Copyright 2022 PTI. All rights reserved. Republication or redistribution of PTI content, including by framing or similar means, is expressly prohibited without the prior written consent.
Write a
Comment
Print this
article