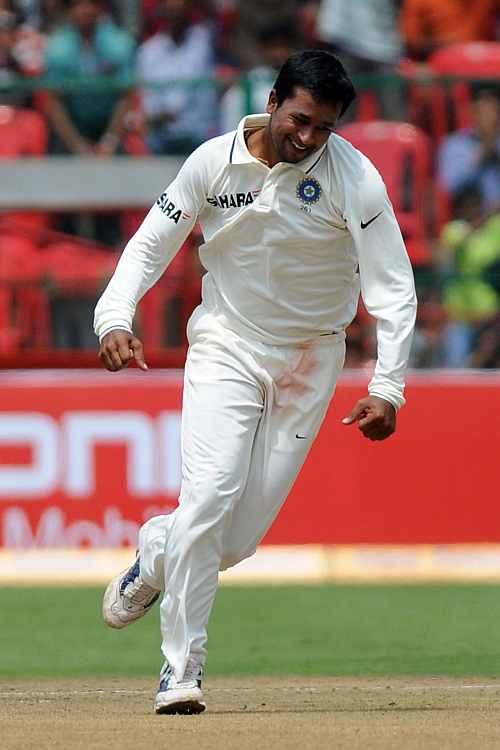 India registered a comprehensive nine-wicket victory over England on Day 5 of the first Test in Motera, Ahmedabad, on Monday.

Here are some statistical highlights from the match.

# Pragyan Ojha (9-165) registered his best bowling figures in a Test. They are the seventh best by an Indian bowler in a winning cause against England in India.

# Vinoo Mankad's splendid figures of 12 for 108 are the best by an Indian bowler in a winning cause in a Test against England.

India have now won 20 Tests each against Aus, Eng 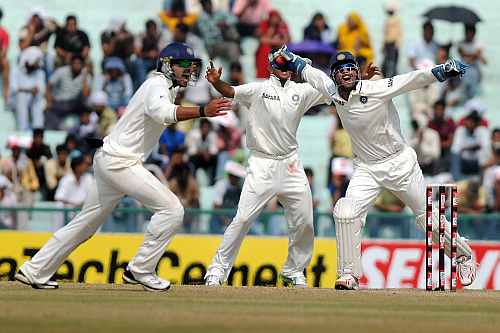 # Matt Prior's magnificent 91 off 225 balls is the second highest by an England wicketkeeper in a Test on Indian soil. Dick Spooner had scored 92 in the 1951-52 Kolkata Test.

# Prior and Cook shared a stand of 157 -- England's second highest for the sixth wicket on Indian soil, next only to the 171 between Bob Taylor and Ian Botham in the 1979-80 Mumbai Test.

# India have now won 20 Tests each against Australia and England.

First man of the match for Pujara 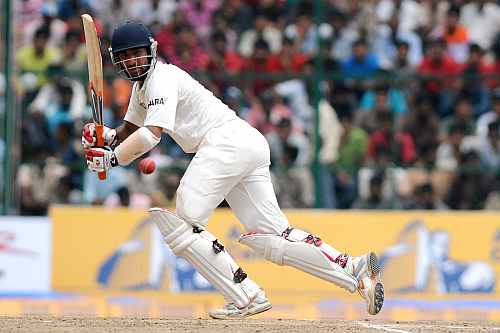 # Cheteshwar Pujara, for the first time, was named man of the match in Tests.

# Pujara's double hundred (206 not out) is the second by an Indian batsman after Vinod Kambli (224 in the 1992-93 Mumbai Test) in a winning cause against England.

# Pujara's run-aggregate of 247, without being dismissed, is the highest by an Indian batsman in a winning cause against England, eclipsing Vinod Kambli's 224 in the 1992-93 Mumbai Test.

# Pujara's aforesaid tally is the highest by any player in a winning cause in a Test at the Sardar Patel stadium, Ahmedabad.

Dhoni a win away from emulating Ganguly's win record 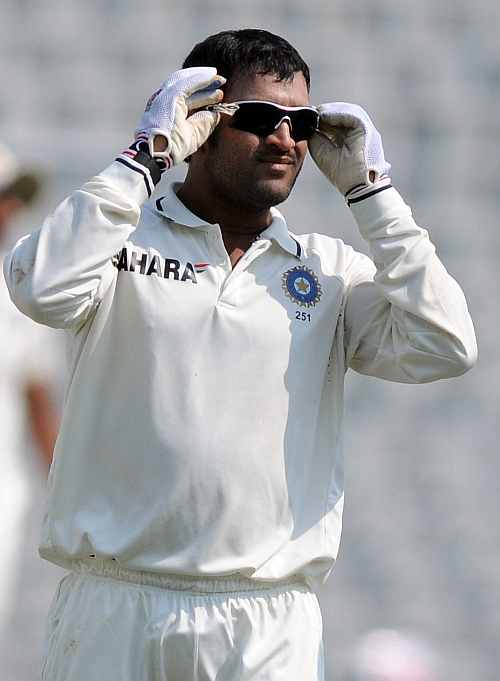 # India's tally of 20 Test wins under Dhoni's leadership is the second highest, next only to Sourav Ganguly's 21.

# Alastair Cook (176 off 374 balls) posted his fourth highest score in Tests - his highest in a losing cause.

# In 25 England defeats, Cook has totalled just 1431 runs at an average of 28.62. His tally includes four hundreds and four fifties.

# Cook's only other hundred in an overseas Test in a losing cause is 116 against Austalia at Perth in December 2006.

Highest individual innings by an England player after following-on 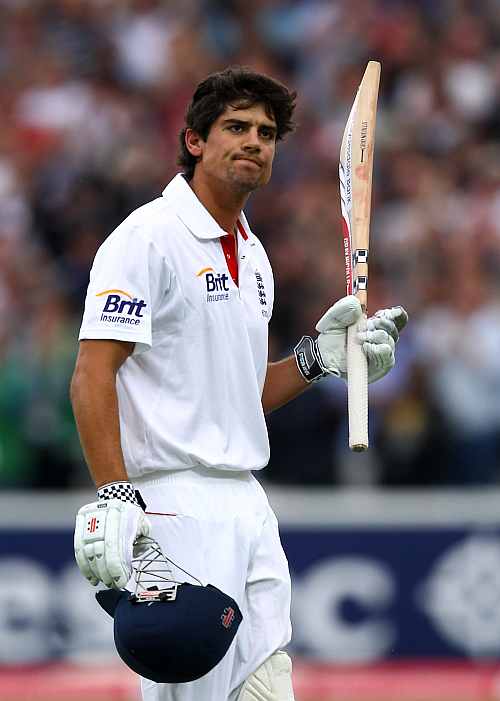 # Cook established a record for the highest individual innings by an England player after following-on, bettering Ken Barrington's 172 in the 1961-62 Kanpur Test against India.

# Cook's innings is the second highest by a captain after following-on. Pakistan's Salim Malik had posted 237 against Australia at Rawalpindi in 1994-95.

# No other overseas player besides Cook has batted for such a long period in the second innings of a Test match. Andy Flower had batted for 544 minutes for his superb unbeaten 232 in the 2000-01 Nagpur Test.