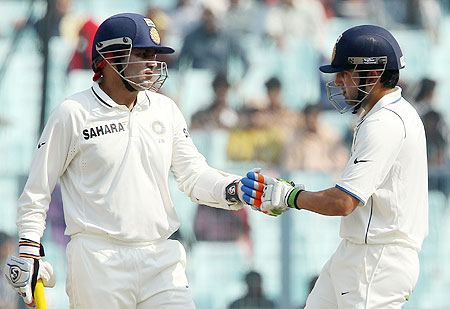 Following an embarrassing loss in the first Test in Ahmedabad, England pulled off a coup of sortsm beating Team India in the subsequent matches in Mumbai and Kolkata.

Captain Alastair Cook was seen grinning from ear to ear after Ian Bell flicked a full delivery from R Ashwin towards square-leg for the winning run at the Eden Gardens on Sunday.

That smile was well-deserved, as Cook led from the front to help England dominate the Indians after going down in the opener at Ahmedabad.

England looked like they were treading the right path the moment Cook admitted that it was his mistake to leave Monty Panesar out of the first Test.

Thereafter, Cook and the England management ensured they put in the effort in the practice matches to get their act together before the second Test.

Cook, himself, set an example, showing his teammates how to bat in Indian conditions.

Going into the Mumbai Test, Team India had their tails up but failed to capitalise on the advantage.

All that talk of avenging the series loss in England, and Dhoni's demand for a turning track, backfired badly on the hosts.

While Panesar's guile foxed the Indian batsmen, comeback man Kevin Pietersen stamped his authority with the bat to ensure England squared the series.

Then, the third Test, in Kolkata, was a different ball game all together.

While the Indians were outfoxed by spin in Mumbai, at Eden, the hosts were brought down by their perennial problem -- pace.

Steven Finn and Jimmy Anderson used both the new and old ball to full effect, leaving questions to be asked of India's seamers.

As India head to Nagpur for the fourth and final Test, beginning Thursday, Rediff.com's Manu Shankar looks at the key reasons for India's downfall in Kolkata.

India's problem at the top continues. Virender Sehwag and Gautam Gambhir put up a century stand in the first Test, but failed to repeat that performance in Kolkata.

At Eden, they got off to a good start in the first innings, but an error of judgement, while taking a third run, cost India heavily.

Sehwag clipped one off his pads and shot off for two. He expected Gambhir to come back for the third, but a last-minute ditch from his Delhi partner ended his stay at the crease.

In the second innings, Sehwag and Gambhir walked out with India looking to wipe off the massive 207-run lead. As expected, the duo started in extravagant manner but could only add 86 before Viru was cleaned up by Swann. Gambhir followed soon after, edging one to Prior off Finn. 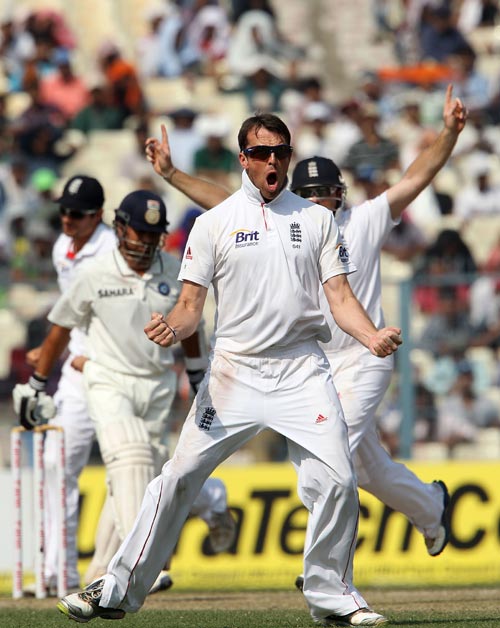 England had almost lost Steven Finn before the series began, but his persistence and hard work at staying fit paid off. He and James Anderson, ripped through the Indian middle order to help England take a 2-1 lead in the four-Test series.

Anderson was inspirational in both innings. He made the ball to talk -- swinging it both ways -- leaving the Indian batsmen confused.

The England pacers out-thought the Indian batsmen, bowling an accurate line and length and spicing it up with some pace too.

India's batting maestro Sachin Tendulkar managed to find some form and struck a decent 76 in the first innings, but failed in the second -- edging one to Trott at off Graeme Swann.

Kohli, who has been in sublime touch in the shorter versions of the game, couldn't replicate the same form, getting out in almost the identical fashion all the time.

Yuvraj Singh, making a comeback, scratched around in the first innings, and in the second was done in by a ball that kept low.

But, perhaps, the most disappointing is the form of captain MS Dhoni. His performance has dipped considerably in the longer version of the game and it is not surprising that critics are gunning for his head. 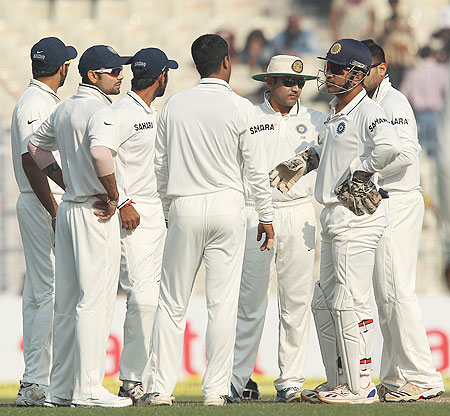 Catches win matches goes a classic adage in the cricketing world, but the Indian fielders seemed to have forgotten it.

Cook, batting on 17, edged a nice and easy one to Cheteshwar Pujara at first slip. Much to the dismay of Zaheer Khan, Pujara couldn't get low enough quickly to complete the catch.

Cook offered another chance, this time to Ishant Sharma, who failed to take a regulation catch off his own bowling. 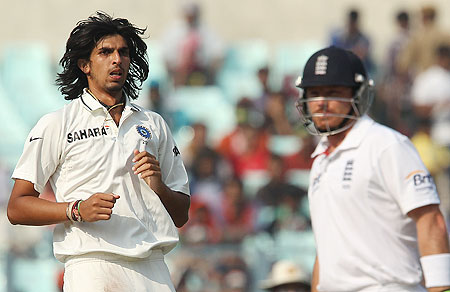 If Finn and Anderson were inspirational for England, India's pacers put up a contrasting performance. They were so disappointing that it made one feel as if both teams were playing on different tracks.

Anderson and Finn got the ball to reverse, but there was no sign of that for the hosts.

Ishant, making a comeback after an injury lay-off, bowled without much plan and looked monotonous.

Zaheer, well, he is not the same bowler he was about three seasons ago. Besides, the way the pacers were handled by Dhoni, one got an impression that he was expecting the spinners to take all the 20 wickets.

True, the pitch was more suited for the spinners, but going by the manner in which the England seamers bowled, maybe, Zaheer and Ishant could have done better with the ball. 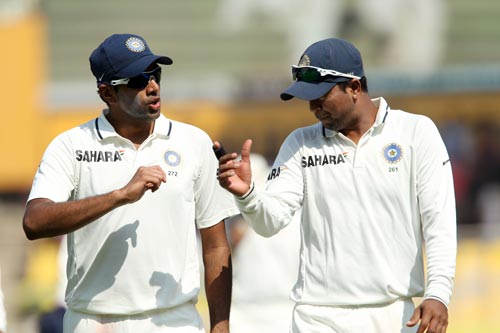 India's spinners, Ashwin and Ojha, were unable to get the same purchase off the wicket as compared to their counterparts.

Ashwin was lacklustre in the first innings and often drifted on leg-stump line. Ojha tried his best, but his lack of variation in such conditions was disappointing.

They also didn't bowl to their field and when the fielders were brought in, they offered the batsmen deliveries that could be easily clobbered to the boundary.

Ojha admitted that after the initial phase where he attacked the batsmen, the rest was more about containment.

England's batsmen were able to play Ashwin with ease, while Ojha did create some pressure in patches.

On summation, with one Test to go, England have kept themselves on course for their first series win on Indian soil in 28 years, since the David Gower-led team won 2-1 in the 1984-85 series.