Sign in  |  Create a Rediffmail account
Rediff.com  » Cricket » Hyderabad ODI: It's redemption time for MS Dhoni and his men

Hyderabad ODI: It's redemption time for MS Dhoni and his men 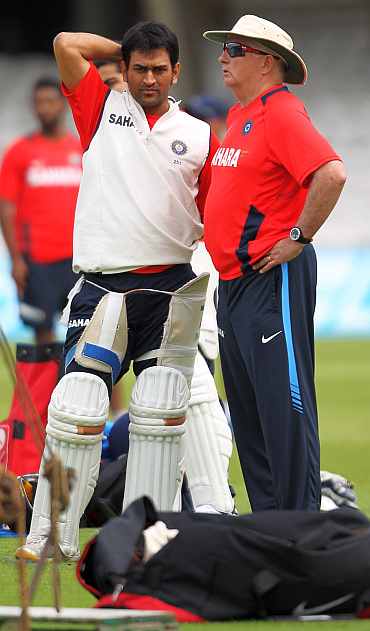 India will aim to bury the ghosts of their humiliating English summer when they take on a confident England side in the first of what is being touted as a revenge five-match ODI cricket series starting in Hyderabad on Friday.

It's redemption time for Mahendra Singh Dhoni and his men as they will be itching to settle scores having failed to secure a single victory in international matches in England, having lost four Tests, three ODIs and one Twenty20 International during their recent tour.

His opposite number Alastair Cook will certainly hope that his side can carry on from where they left in the last series although they would be missing the services of the formidable new ball duo of James Anderson and Stuart Broad.

A chance to try out the fringe players 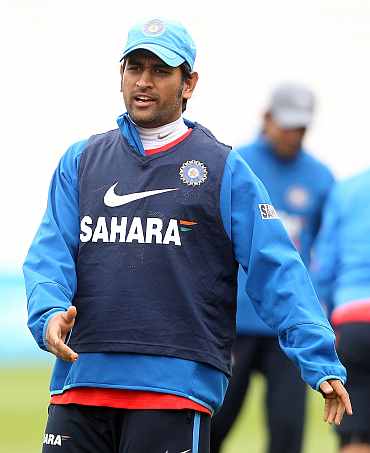 This will be the first series where the new ICC rule of using separate new balls from both ends will be implemented along with changed Powerplay rules.

On paper and based on current form, England are certainly favourites but in home conditions, Indians have always been formidable opponents.

The series also gives Dhoni as well as the national selectors a chance to have a clear idea about the fringe players as they get an ideal opportunity to test the bench strength in the absence of senior players such as Sachin Tendulkar, Virender Sehwag, Zaheer Khan to name a few.

Ajinkya Rahane can consolidate his position 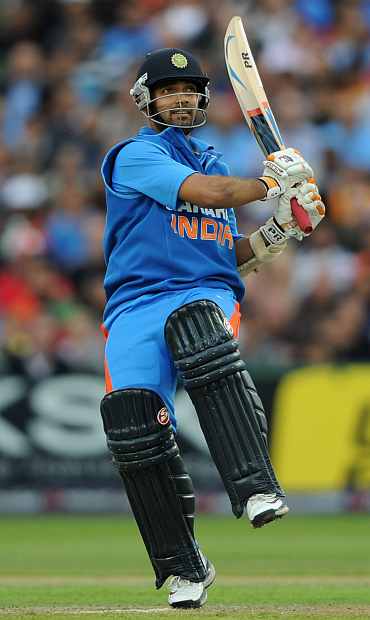 While Mumbai youngster Ajinkya Rahane -- the lone bright spot during India's disastrous ODI campaign -- can consolidate his position in the team, rookie leggie Rahul Sharma, Bengal captain Manoj Tiwary, Karnataka seamer Sreenath Aravind will be hoping to get a chance at some point in the series to prove their mettle.

The series will also be an acid test for skipper Dhoni who would be under immense pressure to do well.

It doubles up when one looks at the bowling line-up which is severely short on experience with Praveen Kumar the most experienced -- having played the most 56 ODIs. 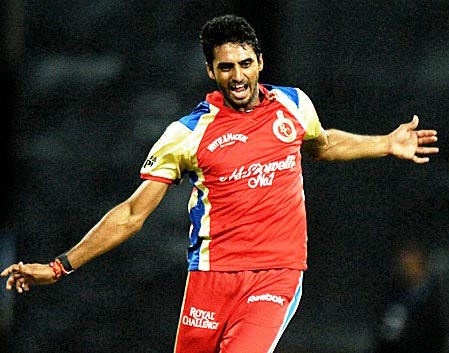 If one goes by the performance of the players during recent matches and also net sessions, Karnataka seamer Sreenath Aravind and Jharkhand speedster Varun Aaron don't look like making the cut.

For the time being, Aaron looks like having been pipped by Vidarbha pacer Umesh Yadav who bowled with a lot of control and at a brisk pace during the recent Irani Trophy.

On the other hand, Sreenath Aravind was consistently hammered by all and sundry during the recent Champions League Twenty20 and can prove to be easy meat for top English players like Kevin Pietersen and skipper Cook.

Rahul can prove to be a restrictive option 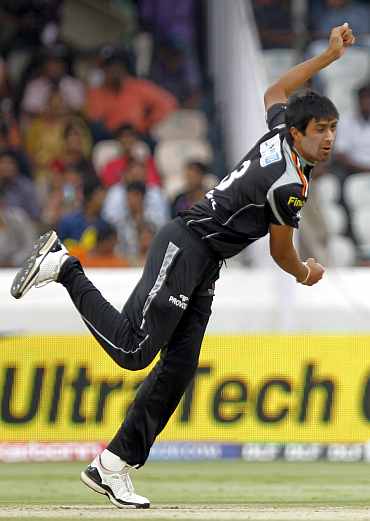 While Praveen, Umesh and Ashwin look to have booked the three bowling slots, it will be tussle between R Vinay Kumar and Rahul Sharma for the fourth bowler's slot in the playing XI.

The Rajiv Gandhi stadium strip promises to be a good one for the batsmen. In fact, during the last ODI which India lost by only three runs chasing a target of 351 saw Tendulkar hit a magnificent 175.

Jadeja will be the bowling all-rounder at No 7 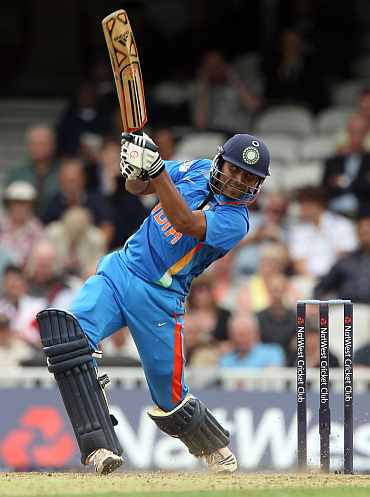 India's top six is more or less settled with Gautam Gambhir back at the top and is likely to be partnered by Parthiv Patel.

Ajinkya Rahane who now bats at number three for Mumbai may get a chance to bat at his preferred slot while Virat Kohli, Suresh Raina and skipper himself complete the top-six.

Ravindra Jadeja, after his impressive show in England, will be the bowling all-rounder at No 7.

KP can have a devastating effect on Indian bowlers 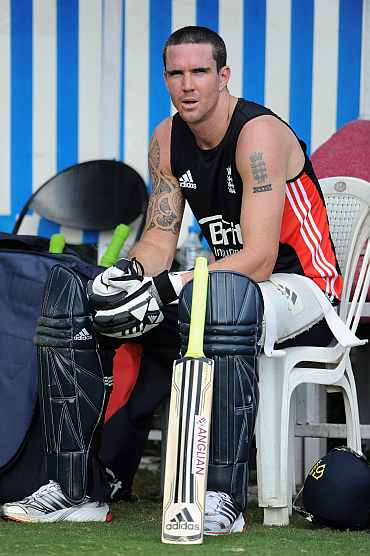 The England side is also a batting heavy unit with the likes of Cook, Craig Kieswetter, Jonathan Trott, Ian Bell capable of playing big innings not to forget the devastating effect that Pietersen can have on bowlers.

Ravi Bopara and young Jonathan Bairstow are also in good nick which gives the batting unit a formidable look.

The bowling however will be largely dependant on pacers Tim Bresnan, Steven Finn and off-spinner Graeme Swann.

It will be interesting to see whether Andy Flower and Cook decide to unleash the new tearaway quick bowler Stuart Meaker. In all there are ingredients for a good contest throughout the series.