CL T20: Gambhir 'disappointed' at not qualifying for semis 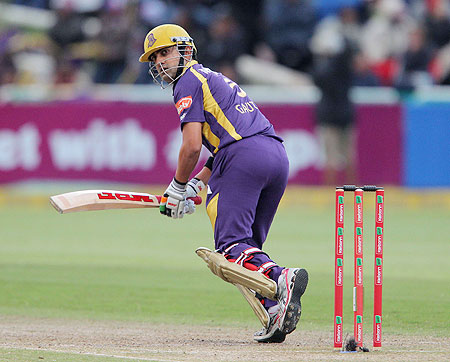 Kolkata Knight Riders skipper Gautam Gambhir has admitted that it was indeed "very disappointing" not to have qualified for the semi-finals of the Champions League Twenty20.

"It is very disappointing not to have qualified for the semi-finals but this is not the end of the world. We will definitely come back stronger in the next edition of Indian Premier League," Gambhir said on Sunday.

The skipper was however happy that his team produced a solid performance to defeat the Nashua Titans.

"I still feel we are a quality side, we put this performance on the field today. When you get 180 in these conditions, you know you have the bowling to defend." 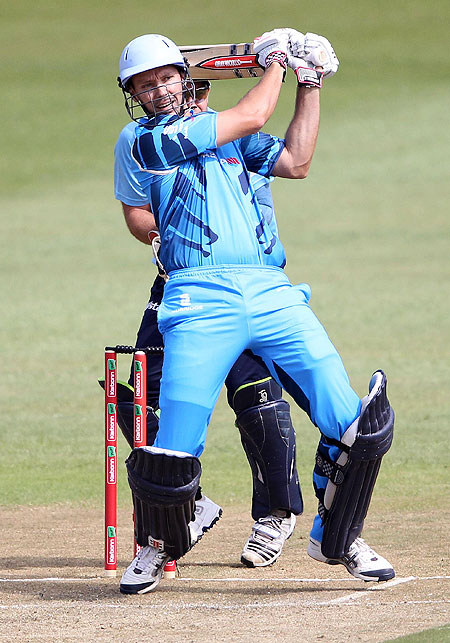 "Credit to Das for the way finished the innings while Bisla batted brilliantly at the top of the order."

Man of the Match Debabrata said, "I was just told to go out there and play my game. My game is to see the ball and hit it."

Titans skipper Martin van Jaarsveld said that once KKR scored 188 for five, it was always going to be a catch-up game.

"The moment they got first four through inside edge, we knew that it wasn't our day. They were like a runaway train today. We have a big match against Delhi on Tuesday, and we need to be up for it," he lamented.
Tags: KKR , Martin van Jaarsveld , Debabrata , Bisla , Delhi
More
© Copyright 2022 PTI. All rights reserved. Republication or redistribution of PTI content, including by framing or similar means, is expressly prohibited without the prior written consent.
Write a
Comment
Print this
article
ALSO
READ