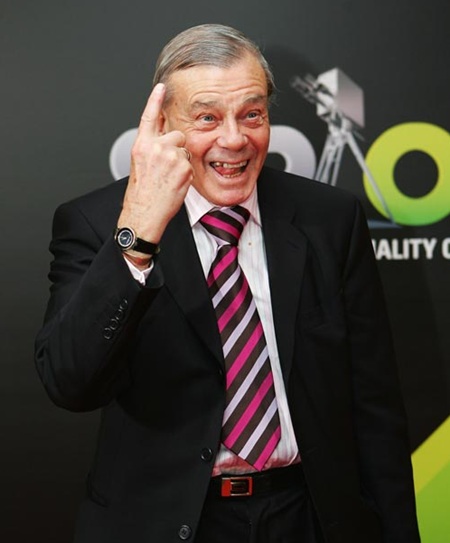 The cricket fraternity in India expressed shock over the omission of legends like Sachin Tendulkar and Don Bradman in the all-time Test eleven named by former English umpire Dickie Bird.

Some former cricketers have called his composition "biased" and "ill-balanced".

Former captain Sunil Gavaskar is the only Indian in the controversial team, which has Pakistan all-rounder Imran Khan as captain.

Besides the omission of Tendulkar and Bradman, Bird's team does not have greats like Brian Lara, Ricky Ponting and West Indian fast bowlers Malcolm Marshall, Andy Roberts, Joel Garner and Michael Holding.

Others in the team, named by Bird in an interview with London newspaper The Telegraph ahead of his 80th birthday on Friday, are Barry Richards, Vivian Richards, Greg Chappell, Graeme Pollock, Gary Sobers, Alan Knott, Shane Warne, Dennis Lillee and Lance Gibbs.

'The combination is not balanced' 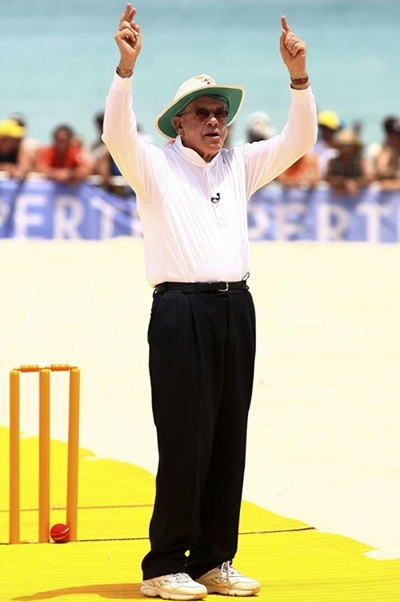 Former India captain Ajit Wadekar felt Gavaskar was a right choice in the opener's slot, but was surprised by the exclusion of Tendulkar, Bradman and the West Indies fast bowlers.

"It's a bit partial. He has selected only players whom he has seen from close quarters. But the combination is not balanced. Of course, Gavaskar will have to be there.

"But it is surprising that there is no Sachin Tendulkar, Don Bradman and the West Indian fast bowlers," he said.

"And who will be the new-ball partner of Lillee? It's also surprising there is nobody from among the famed Indian spin quartet of Bishan Bedi, Erapalli Prasanna, B S Chandrasekhar and R Venkataraghavan.

"It would also been ideal if Adam Gilchrist was there in place of Allan Knott," he added. 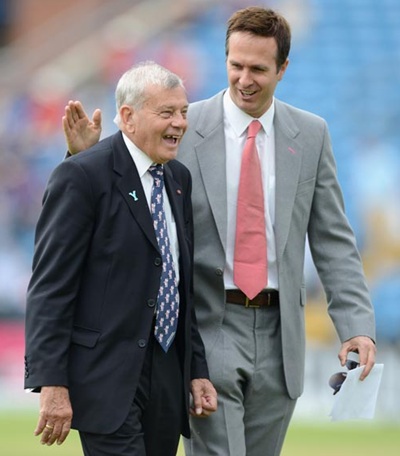 "That's his opinion. He must not have seen Bradman playing." he said with a sarcastic tone.

"By this team, one can see how good is his cricketing knowledge. Statistics will tell you about Bradman and Tendulkar. One need not refer to his eleven. From my point of view, it's the English media which has made Bird an umpiring legend. He's always bias."

Former India captain Nari Contractor wondered on what basis Bird chose his team, which does not accommodate the likes of Tendulkar and Bradman in it.

"These are individual opinions. But I don't know on what basis he has chosen the team. We all know about Bradman and Tendulkar. Like them, many others like the West Indian quartet (Michael Holding, Colin Croft, Joel Garner and Andy Roberts) are also not included," he said.

Contractor, however, said the team is Bird's individual choice and will no doubt invite argument.

"He might have not chosen Tendulkar, as he would have thought that the Indian batsman had not faced the best fast bowling attack. It's his reasoning having seen the players from the middle.

"I don't know why are you doubting Bradman and Tendulkar. This maybe food for some and poison for others. He has chosen his countryman Alan Knott as the best wicketkeeper batsman.

"For the sake of it, one can keep on arguing. Butthat's his opinion and it's the end of matter, he said.

'Team selection is different from umpiring' 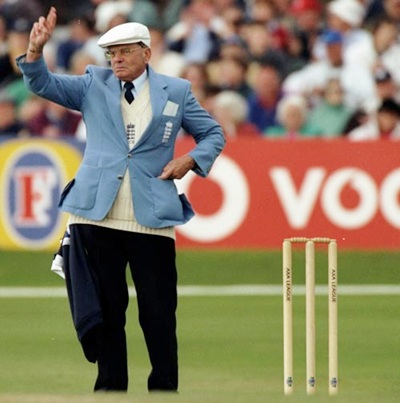 Another former India player Shivlal Yadav could not believe Tendulkar and Bradman were not there in the all-time Test XI.

"I'm definitely surprised that these two names – Bradman and Tendulkar -- don't figure in his list. By their sheer performance they have shown the world what they are capable of.

"They have outclassed everybody else and have rewritten the record books. There is no doubt that the duo should have been part of the Test XI," he said.

"But this is his opinion. Everybody has got the freedom to express his or her opinion. Dickie Bird is a legendary umpire. I cannot say it's wrong. But I don't know on basis of what parameters he has chosen the team."

Former India all-rounder Bapu Nadkarni said, "It is his personal opinion and not much fuss should be made out of it. I am surprised Malcom Marshall was not there. Bird was a respected umpire. But team selection is different from umpiring."

Why did he leave out Bradman and Tendulkar? 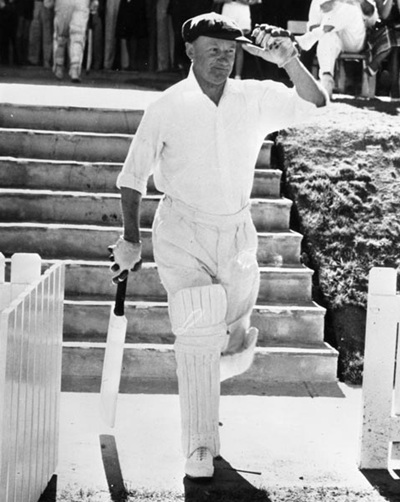 Prasanna also said that it was up to Bird to pick his World XI team.

"That's his pick. I can't comment on somebody's personal assessment. Having seen the players from the best possible view -- by being on the field -- he has made his Test XI. I would have been rather surprised had there been a voting and these players like Tendulkar and Bradman were omitted on basis of that," he said.

Former captains Dilip Vengsarkar and Krishnamachari Srikkanth refused to comment. "I don't wish to comment on this," said Vengsarkar.

Former India opener and coach Anshuman Gaekwad said somebody should ask Bird why he left out Bradman, who has a record average of 99.

"He has gone in a very traditional and technical way. He has kept technique in mind, that's how Sunil Gavaskar is there. I guess he has kept the aggression and technique both in mind while choosing the side.

"But one must ask him why he left out Bradman. I don't see any reason. He has averaged 99-plus and played with no protection. It really makes a big difference. I am also surprised to see Lance Gibbs as the off-spinner. Any day, I would rate Erapalli Prasanna way higher than Gibbs", Gaekwad said.

Tendulkar could have been the 12th man' 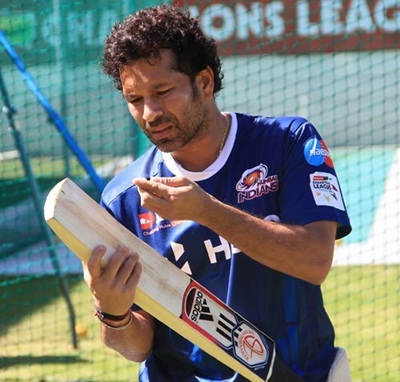 Former wicketkeeper Syed Kirmani said it was hard to understand how Bradman could be omitted from the team.

"Yes, there's no two ways about it. Bradman should have been there... No doubt about it. I'm a little bit surprised. But it's his opinion, why should I question something which he has selected.

"He has chosen Sunil Gavaskar ahead of Sachin Tendulkar. He would have thought that Tendulkar would be difficult to fit in that order. But according to me in the spin department I would have picked Prasanna and Chandrasekhar in place of Gibbs and Warne," Kirmani said.

Chetan Chauhan, who had the longest opening partnership with Gavaskar, said he was surprised that Don Bradman was not there in the all-time Test team.

"It is surprising that a player who has an average of 99.94 was ignored. His choice of the XI baffles me. I understand that Tendulkar is a legend but Bradman not there in the team is just unacceptable.

"In my opinion, Tendulkar could have been the 12th man but Bradman should be the first name in any all-time Test team simply because of the quality of the fast bowlers he had faced and the uncovered wickets on which he played," he said.

'Barry would have broken all the records, but for apartheid' 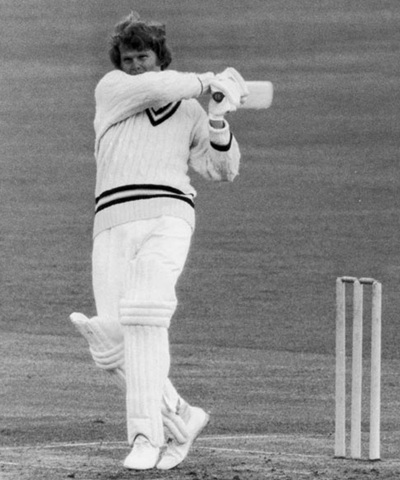 About the inclusion of Gavaskar in Bird's team, Chauhan said, "I am absolutely delighted that Bird has chosen Sunny in his all-time Test team.

"Having played 40-odd Test matches as opening partner with Sunny, I have not seen any other cricketer to have played the great fast bowlers of the time better than him."

Bird's all-time Test team was published on the eve of his 80th birthday alongwith with his interview.

"Gavaskar was one player who stood tall as an opener in an era which had the likes of Lillee and fearsome West Indian fast bowlers, and Bird described him as "one of the two best opening bats I saw."

About Barry Richards, the other opener he chose, Bird said, "(Barry) would have broken all the records, but for apartheid."

Sobers, the greatest all-rounder of all time 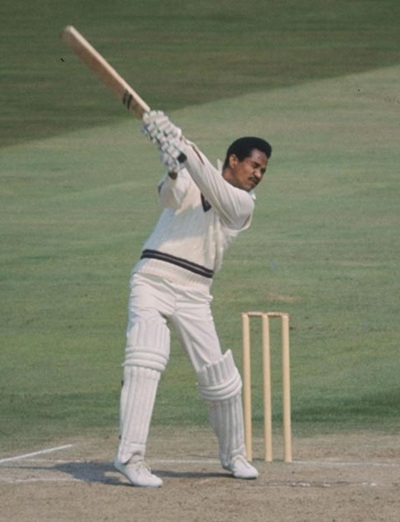 Another South African batsman Graeme Pollock was picked at number five and Bird called him as "an outstanding player, but another who was largely lost because of apartheid".

Gary Sobers, one former player whom most of cricket experts would agree to be in an all-time Test team, was named at the number six slot by Bird.

"The all-rounder was the greatest I have ever seen play the game," Bird said of Sobers.

Regarding Alan Knott, Bird said, "The only Englishman in my side – a great wicketkeeper-batsman."

Bird praised Imran, the captain of his team and an all-rounder, for his knowledge of the game.

"My captain. His knowledge was outstanding," he said.

Spin wizard Shane Warne of Australia, his compatriot and fast bowler Dennis Lillee and Lance Gibbs of the West Indies complete the list.

"A great leg-spin bowler," Bird said of Warne, the first bowler to reach 700 Test wickets, before retiring with 708 scalps.

Bird named Lillee ahead of the fearsome West Indians of his generation and called him as "the finest fast bowler who ever lived."

"A truly great spinner – and in his era, there were loads of them," Bird said about West Indian Gibbs, the first spinner to reach 300 wickets.