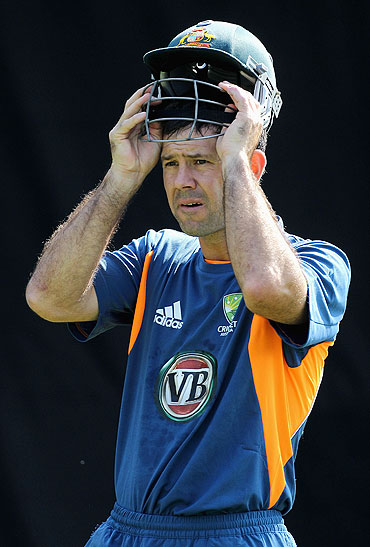 Embattled former Australia captain Ricky Ponting managed to retain his place in the 13-member squad for the first cricket Test against India, starting in Melbourne on Monday.

Speculation was rife that Ponting and senior middle-order batsman Mike Hussey are in line to be axed due to a string of poor performance over the past few months but both of them managed to retain their place in the squad that was picked on Wednesday.

Tasmanian left-handed opener Ed Cowan and Shaun Marsh, having recovered from his back injury, have been recalled while Hughes and Usman Khawaja have been shown the door.

Interestingly, paceman Ben Hilfenhaus has been recalled on the back of his impressive show in Big Bash Twenty20 cricket and better experience vis-a-vis other rookies in the Australian bowling line-up. 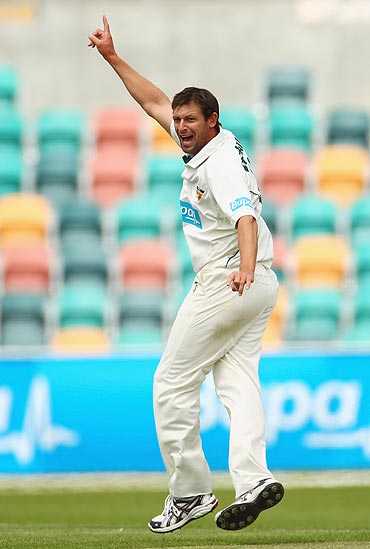 Even though Peter Siddle, Mitchell Starc and James Pattinson are part of the squad, Hilfenhaus's experience could be invaluable to the team looking to rein in the likes of Virender Sehwag, Sachin Tendulkar, Rahul Dravid and VVS Laxman.

Chief selector John Inverarity, while announcing the squad said, "Ed Cowan has been in excellent form in recent weeks. His inclusion is in recognition of his consistently good performances and we anticipate that he can provide steadiness at the top of the order. Ben Hilfenhaus has regained for this season and he provides a strong and reliable bowling option."
Tags: Ben Hilfenhaus , VVS Laxman , Mickey Arthur , Peter Siddle , Mitchell Starc 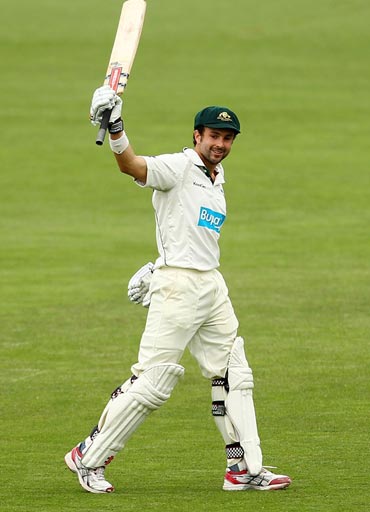 "We see both Phillip Hughes and Usman Khawaja as developing players with bright futures and remaining as players of significance. They are determined, young, men and I know they will work hard to produce compelling performances and push strongly for further consideration," he added.

Cowan has forced his way into the squad on the back of his four consecutive centuries, including 109 made against the Indians in the three-day match for Chairman's XI at Manuka Oval on Monday. 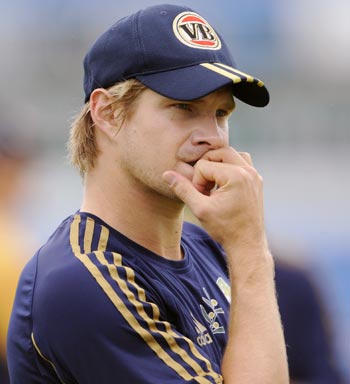 Marsh has been included as a cover for opener David Warner who too has been troubled by a back injury. Marsh would also need to prove his fitness in order to be considered in the playing XI for the Boxing Day Test.

All-rounder Shane Watson and fast bowler Ryan Harris were not picked due to continued worries on the fitness front. Watson aggravated his calf injury on the first day of the batting camp in Melbourne on Tuesday while Harris indicated he was not entirely fit after playing for Brisbane Heat at Gabba on Tuesday night.

Hilfenhaus has played 17 Tests for Australia, picking 55 wickets at an average of 34.65. He last played for Australia at Sydney against England at the start of the year.
Tags: Ryan Harris , Shane Watson , Marsh , David Warner , Brisbane Heat 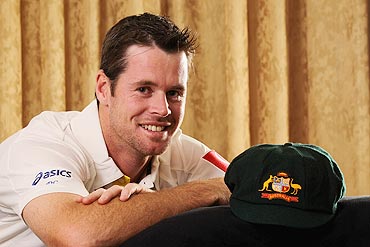 Also included in the team is Daniel Christian who Arthur reckons can turn out to be a genuine all-rounder for the side.

Christian, who played for Deccan Chargers in the IPL, is a right-handed paceman and fast bowler and is yet to play a Test or a One-day international.

Arthur has been said that since there are back-to-back Tests at Melbourne, the bowling load can be too much for team's four-pronged attack. Christian could offer relief with his medium-fast overs.