News
Business
Movies
Sports
Cricket
Get Ahead
Money Tips
Shopping
Sign in  |  Create a Rediffmail account
Rediff.com  » Cricket » Yuzi Chahal's magic spell is up there with the best

How does Yuzvendra Chahal's 6/25 stand up against other fine T20I performances?
Fascinating figures from Rajneesh Gupta. 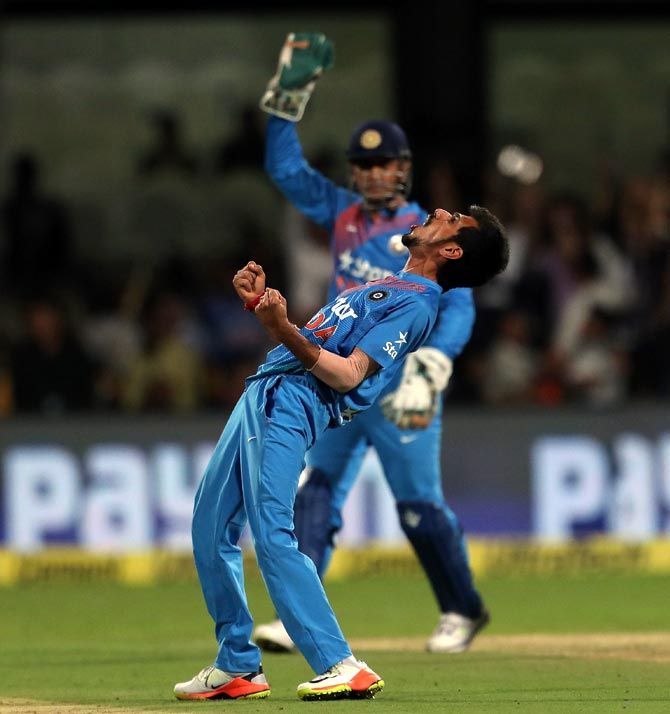 The third and final Twenty20 International between India and England at Bengaluru was supposed to be a cracker.

Batting first for the third consecutive time in the series, India posted a mammoth 202/6.

Leg-spinner Yuzvendra Chahal returned figures of 6/25 -- the best ever by an Indian, the best against England and the third best in all Twenty20 Internationals.

Chahal's bowling -- over by over

England lost their last 8 wickets for only 8 runs in 19 balls, which is the worst ever 8 wicket collapse in Twenty20 Internationals.

This is also the second worst 8 wicket collapse in all international cricket (Tests/ODIs/ T20Is).

India registered a comfortable 75 run win, their second biggest by run margin in this format.

Incidentally, the biggest ever has also come against England.

As many as five England batsmen failed to open their account.

This is a new record of most ducks recorded by a side against India.

In all Twenty20 Internationals, there have been only four incidents before. The details:

Most ducks in an innings in Twenty20 Internationals 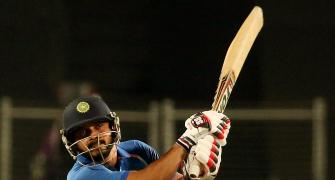 Kedar Jadhav is the Most Valuable Player after ODI series 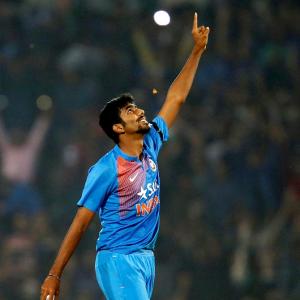 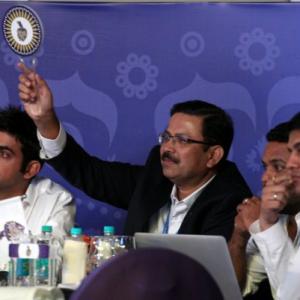