Yuvraj Singh has a "non-malignant tumour" in his left lung and that is the reason why the flamboyant left-hander opted out of the upcoming ODI cricket series against West Indies.

Yuvraj had declared himself unavailable for the one-day series against the West Indies and was also not picked for the Test series in Australia.

Yuvraj has been troubled by health issues since the World Cup, which India won, and has played just one Test match in England after that.

"Reports and scans then showed us that Yuvraj was dealing with something really serious. A golf-ball size lump was found over his left lung and doctors advised us to go in for more detailed scans. The initial reports suggested that Yuvraj had what in medical terms, is called a abnormal tumor called lymphoma over his left lung. The danger was, we were told, that it could be malignant. 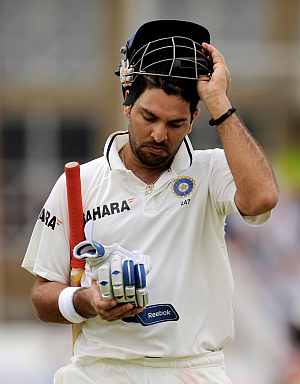 "When he returned from England... detailed scanning, and biopsy reports indicated that the tumour is non-malignant and non-threatening and can be treated through proper medication and therapy. In medical terms, Yuvraj is now in a much better state and on his way to a full recovery," Yuvraj's mother Shabnam said in a statement.

Shabnam further said Yuvraj did not want to rush his return to the side and that's why he informed BCCI about his unavailablity for the West Indies series.

"Now his entire focus is to re-gain his full fitness. He is already preparing himself to play the One Day series in Australia.  He doesn't want to rush things, he wants to be hundred percent fit before resuming his cricket for India."

Shabnam also acknolwdged the support of the cricket Board and Yuvraj's teammates in this time of crisis.

"All through this period, the BCCI have given their full support and guidance. BCCI president Mr. N Srinivasan offered Yuvraj all the support and help we needed. I want to express Yuvraj and the family's gratitude for their understanding and help in this matter," she said. 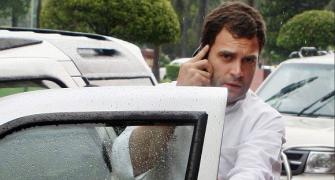 Rahul's foreigner friends will BENEFIT from FDI in retail: Maya 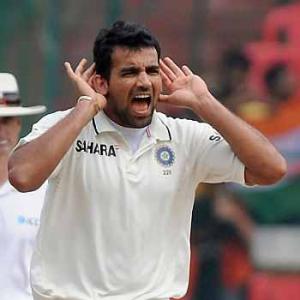 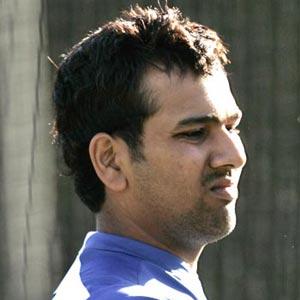