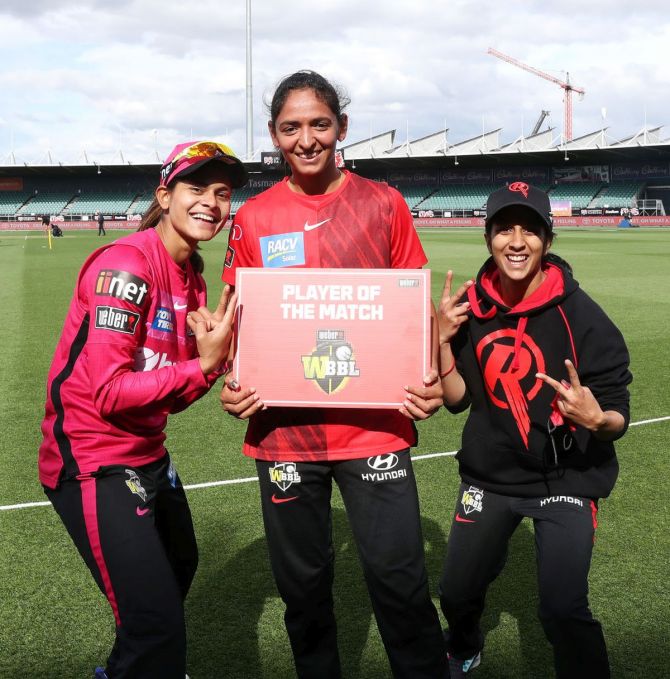 Kaur not only scored 35 runs but also scalped two wickets for 17 runs including the prized scalps of Ashleigh Gardner and Alyssa Healy.

Skipper Sophie Molineux won the toss and elected to bowl after all play was washed away on Saturday. The Renegades plucked out the three key wickets of Shafali Verma, Alyssa Healy and Ash Gardner in the powerplay.

The Sixers hit back through an unbeaten 50 from skipper Ellyse Perry and 38 from Nicole Bolton to post 118/4. Kaur finished with 2-17 from her four overs, while claiming Molineux and Hayward.

The Renegades proceeded to chase down their target with three overs and seven wickets to spare. English batter Eve Jones was elevated to the top of the order and provided a blistering start.

Jones (38 off 30 balls) and Jemimah Rodrigues (14 off 15) saw the Renegades post their highest powerplay total of this WBBL season, reaching 44/1 after six overs.

Courtney Webb (23 off 25) also made an important contribution alongside Kaur, who smashed two consecutive sixes to wrap up the game and finish with 35 not out off 29 balls.

The Melbourne Renegades will now be facing Sydney Thunder on Wednesday at UTAS Stadium. 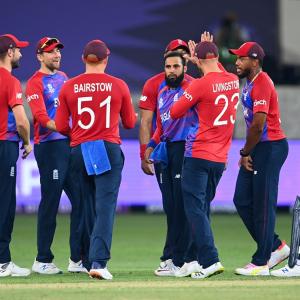