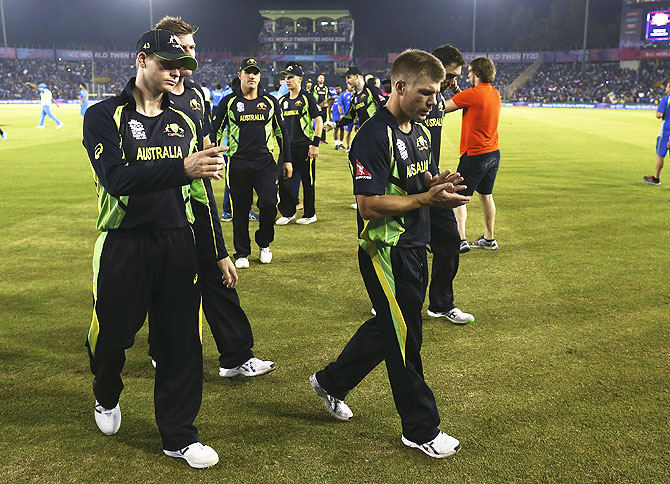 IMAGE: Australia players wear a dejected look after their match against India in Mohali on Sunday. Photograph: Ryan Pierse/Getty Images

Australia captain Steve Smith, while tipping his hat to a brilliant innings from India's Virat Kohli, was left ruing his team's middle overs malaise after their sixth attempt to win the World Twenty20 came up short in Mohali.

Kohli's magnificent 82 not out from 51 balls helped India overhaul Australia's 160 with five balls to spare on Sunday, sending the hosts into the semi-finals as Group 2 runners-up and Smith's men home.

Smith said Australia had contributed to their failure to sustain a challenge for the one major international trophy they have never won.

Dismissing criticism of Australia's preparations and the make-up of the squad, Smith said it had been in the execution of their skills that the players had fallen short.

"You have to try and find your best 15, particularly in these conditions, and I think we had the right 15, we just let ourselves down in key moments," he told reporters in his post-match news conference. 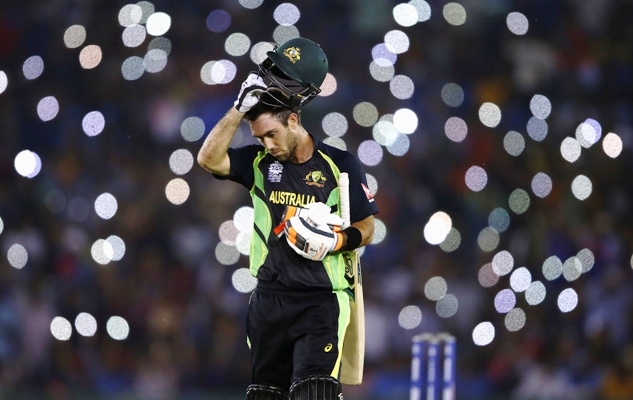 "Obviously we haven't done as well as we'd have liked in this format but hopefully we'll continue to improve."

The "conditions", slow pitches which favour spin bowling, were a recurring theme throughout Smith's postmortem of the campaign but it was the batting in the middle overs that he pinpointed.

"We probably let ourselves down in the middle overs again ... losing a few wickets in clumps, not being able to get that partnerships together to get the score above par to 170-odd, so that was a bit disappointing," Smith added.

"But I think the players will learn a lot from this tournament, playing in these conditions again, it's very valuable and hopefully we can continue to learn and get better." 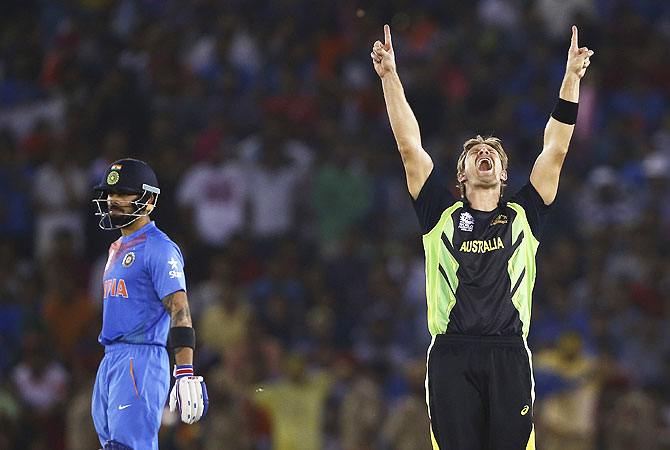 Smith paid tribute to all-rounder Shane Watson, who took 2-23 and a stunning diving catch to dismiss Yuvraj Singh in his last match as an international cricketer before retirement.

"Shane gave his all as he did every game for Australia, I thought he bowled beautifully tonight and looked like he was 25 again taking that catch."

Smith was in mood to complain about his own dismissal despite television pictures indicating he had been unfortunate to be given out for two. 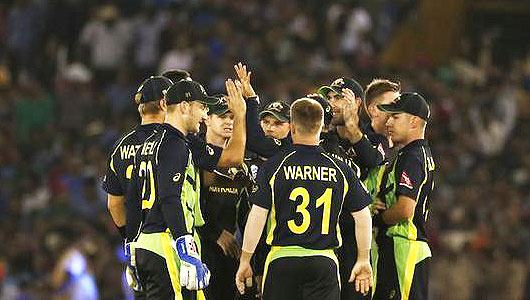 He said the foundations for Australia's demise had been laid in their opener against New Zealand.

"I think we let ourselves down against New Zealand, we probably should have won that game," Smith said.

"To lose that game by eight (runs) was quite shattering. And we were always chasing our tail from there.

"We had to win every game we played and in Twenty20 cricket that's quite hard. It's quite a fickle game and all it takes is one player going off, like tonight, to take the game away."

© Copyright 2020 Reuters Limited. All rights reserved. Republication or redistribution of Reuters content, including by framing or similar means, is expressly prohibited without the prior written consent of Reuters. Reuters shall not be liable for any errors or delays in the content, or for any actions taken in reliance thereon.
Related News: Steve Smith, Australia, Virat Kohli, IMAGE, Shane Watson
SHARE THIS STORYCOMMENT
Print this article 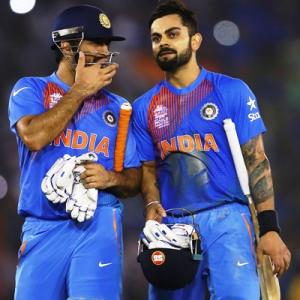